Harry Potter Is Not Childish

Home The New Copernicans Harry Potter Is Not Childish 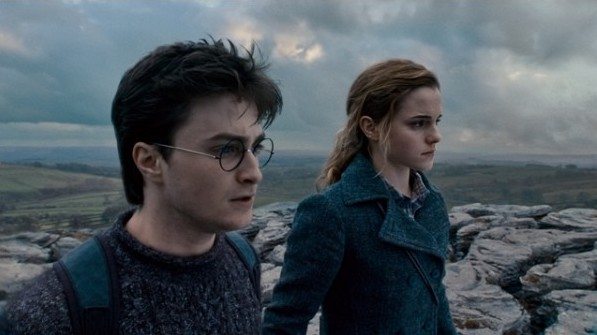 Harry Potter Is Not Childish

In a recent blog, “Living with Enchantment,” I wrote of New Copernicans, “We are moderns that believe in magic.” I cited Doctor Strange, Elizabeth Gilbert, and yes, Harry Potter. So I was intrigued to read Gracy Olmstead’s article in The Federalist, “Harry Potter Offered Millennials Enchantment in a Disenchanted World.” However, on closer reading my stomach turned sour.

Gracy makes the correct observation quoting Lara Prendergast in The Spectator, “Harry Potter may be a literary fantasy but for many it is also a substitute religion in a secular age.” But then she turns snarky suggesting that this “reflects a spiritual vacuum experienced” by millennials. She continues, “Many millennials dwell in a secularized world, one increasingly shed of magic and enchantment. The Western world is increasingly agnostic, while the millennial generation itself is populated with so-called “nones”—religiously unaffiliated, and uninterested in organized religion.”

Actually, the evidence points in exactly the opposite direction. New Copernicans are not disenchanted secularists, but enchanted secularists. This is an option she completely misses in her binary view of the universe. The reason Harry Potter resonates so deeply is that New Copernicans do not embrace the closed immanent perspective of New Atheists, but an open immanent one that is haunted by the possibility and potential of a larger world of meaning and spirits. Secular, yes. Magic, yes.

Not only does Olmstead confuse frames, she blurs the line between culture and politics. Granted that she is writing for a conservative political publication, and as such she has to take her unfortunate stabs at Rowling’s progressive views on the LGBT community, suggesting that the Potterverse morphs into a progressive tale of good and evil: “Hogwarts would have been a ‘safe place’ for LGBT students.”

And then to put the cherry on her snarky sundae, she has to put down the magical aspirations of Harry Potter readers or viewers as childish. Quoting Prendergast she writes, “For all the joy that Harry Potter brings to its millions of readers, the world cannot be sorted by a magical hat.” Gracy concludes, “Millennials are just doing what most religious people do when they cite a religious text in response to a political problem.” So politics trumps religion, and technical rationalism the imagination.

Rather than warning that “children’s books can’t be our Bibles,” perhaps she should consider more deeply Jesus’ admonition, “I tell you the truth, unless you change and become like little children, you will never enter the kingdom of heaven” (Matthew 18:3). Her initial insight does not make up for the usual litany of snarky millennial putdowns. Get the frame wrong and everything goes off the rails. New Copernicans know better. The metaphor of the Potterverse points not to childish fairy tales but to adult realities. Narnia was not a childish world in C.S. Lewis’ mind. It was a truer and deeper reality. The fiction only pointed toward a deeper consciousness.