Debut Novel, “The Reader,” Is a Bestseller

Home Books Debut Novel, “The Reader,” Is a Bestseller 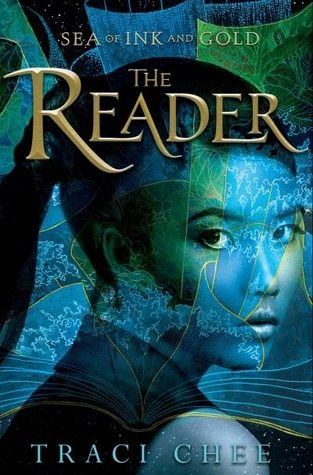 Debut Novel, “The Reader,” Is a Bestseller

Aunt Nin is all Sefia has left. Her mother died years ago. Her father was brutally murdered. That was six years ago and since then Nin has taken care of her. They survive on what they can hunt and steal, always staying a few steps ahead of the authorities.

As careful as the pair is, it is impossible to hide forever. An assassin finds Nin and takes her hostage. Sefia knows that she has an object of great value, left to her by her parents. If she hands it over, perhaps she could save Nin, but as she follows the kidnappers, she realizes that this object is a book and holds secrets that should never fall into the hands of such evil beings. With the help of a mute, abused boy Sefia tracks Nin, plotting revenge. Along the way, she discovers that she possesses undreamt of powers that enable her to read a person’s past.

Traci Chee’s first young adult novel is well-written and riveting. Encompassing three intertwined plots, The Reader explores the world of Kelanna, where books are forbidden and pirates have more integrity than rulers. Sefia is a courageous heroine with a conscience that weighs her desire for revenge against her respect for human life. Sadly, like many contemporary young adult novels, this first in the Sea of Ink and Gold series has its fair share of violence and a couple of mildly passionate kisses. Characters are savagely killed throughout the book, and young boys are forced to fight to the death. An instance of cannibalism (for survival at sea) is never overtly condemned, though the culprits do die a terrible death themselves. A pirate kills a colleague, presumably to save her the trouble of committing suicide. If only the author had toned down the gratuitous violence, this book would have been a worthwhile read.

This review originally appeared at Mercatornet.com, and is reprinted with permission.