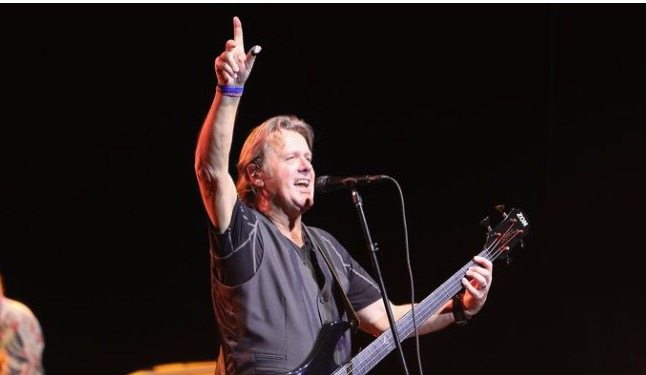 This morning when I turned on Facebook I was greeted with the news that John Wetton had passed away. For those of you unfamiliar with John’s name he was the bass player and lead vocalist for Asia and before that King Crimson and Family.

The version of King Crimson that he was with were active during the early to mid 70’s releasing the albums: Lark’s Tongues In Aspic, Starless And Bible Black and Red. This was also the version of the band that I took my wife to see on what was our second date over 42 years ago. I have to say that they were my favorite incarnation of the band.

John was 67 year old when he died, the same age as myself and of course it has set me into a somewhat reflective mood. As I look back on my almost 49 years of playing rock’n’roll on the radio I have been exposed to many, many great artists and some mediocre ones as well. Obviously I tend to prefer the great ones when I am sharing music whether in conversation or on the radio. There is almost nothing in the world that I like better than seeing a great live band in a concert setting.

In my years of going to live-shows I have seen bands in huge rooms like Madison Square Garden, outdoor venues like the Forest Hills Tennis Stadium and various festival settings and small clubs like the Rockwood Music Hall located in New York City. At this point in my life, I tend to prefer the smaller intimate setting of a club over a large hall anytime. The sense of intimacy juxtaposed with the hotness of a great live band just cannot be beat.

Recently I got turned on to a young band called Branches and although I, as of yet, don’t know a great deal about them. I can honestly say I like what I am hearing. They put me in mind of two other bands: The Last Bison & The Oh Hellos.

I am really excited about 2017. It’s going to be a great year for releases in music, film, literature and other aspects of the arts and culture. The hunt is on, take the time to search out greatness in the arts, it will be well worth your time and effort.