La La Land May Be the End of Meaningful Awards Ceremonies 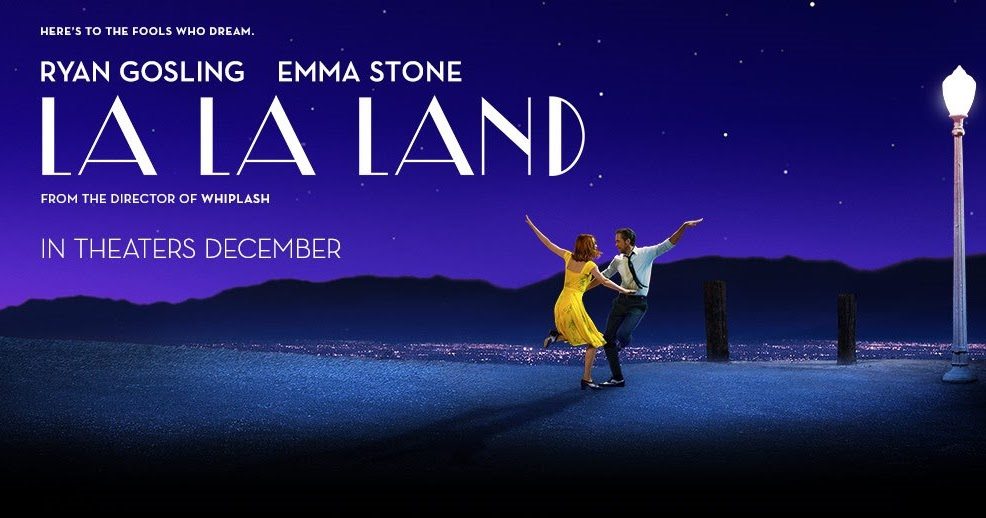 La La Land May Be the End of Meaningful Awards Ceremonies

If you saw this year’s Golden Globes, you know La La Land made a huge splash, taking home seven awards. But, there has been some backlash regarding the film’s success. And, that backlash may be the beginning of the end of meaningful award ceremonies, and that is incredibly unfortunate. Let’s talk about why the backlash occurred.

First, a quick non spoiler-review of La La Land. In short, it’s beautiful. The music is catchy and heartfelt (though the vocals are a bit rough at times), the cinematography is incredible, the acting is superb (Emma Stone gives one of her best performances ever), and all the throwbacks to old-school hollywood are fun. Go see it.

Okay, so what happened at the Golden Globes last week? Well, La La Land, as you might have heard, took a record seven awards home. Clearly, the journalists that make up the Hollywood Foreign Press very much fell in love with this little musical. But, instead of a growing sense of excitement at a sweep for the picture honoring classic tinseltown and underdogs, resentment spread rather quickly.

Critics, journalists and filmmakers all voiced their opinions during and after the ceremony, essentially lamenting the fact that La La Land did so well, when so many other pictures deserved awards. They seem to forget that this happens frequently with awards programs… lots of qualified contestants lose to another qualified contestant. I am not going to say whether or not I think La La Land deserved the awards more or less than other films, because I haven’t seen all the films, so I would be speaking out of turn.

What I do know is that it would seem as though this marks a distinct shift in awards history.

For years, there has been a growing dissatisfaction in America. Some say that scores shouldn’t be kept at little league games, because it implies one team is inherently better than the other. Schools are giving more and more leeway with failing students. It has become insensitive to say one person is better than another in numerous situations. Instead of celebrating excellence, Pseudo-Modern American Culture celebrates diversity and uniqueness. I too celebrate those things, but pause when culture seems to forget that excellence matters also, especially in art.

You see, art is a tricky thing. When I taught high school history at a public school, I would spend two weeks on the Renaissance and resurgence of the Classical style of art. I did so because it is beautiful and worth spending time to understand and admire. The artists of the day were incredibly talented people. They captured humanity and transcendence with excellence. But that does not mean I like them all equally, or that they were all as prolific as the next, or that they were as appreciated as their peers. Some were, in fact, largely ignored for many years.

I tell you this story because like Renaissance art, cinema is a tricky thing to judge and admire. Filmmakers don’t all work with the same scripts or actors or set designers, etc. It’s impossible to compare, which can make it feel inherently unfair. And it is, in many ways. What we risk, therefore, when we as a society get frustrated that one well-made film gets more acknowledgement than another well-made film, is allowing for failure. I do not mean that the films that did not get best Director, Screenplay, Actress, etc. are failures as films, but that their being snubbed might actually be the greatest thing that ever happened to them…

Imagine if Leonardo DiCaprio had won the Oscar for best actor in The Aviator, back in 2005. We may not have had his absurd efforts to reach that pinnacle of acting glory. Performances like those he gave in Shutter Island, Great Gatsby, and The Revenant (just to name a few) may not be here for us today. Even though his art was magnificent, and he may have deserved awards for it, he did not receive them. At the risk of sounding too much like JK Simmons’ character in Whiplash (Damien Chazelle’s first feature), there may not be a better motivator for excellence than being told you were not excellent enough.

This dovetails nicely with the story we get in La La Land itself. Emma Stone’s character is rejected time and time again as she auditions for roles. That’s acting. That’s filmmaking. For many people, that’s life. Far be it from us to take the refining fire of failure away from a film or filmmaker. Congrats to La La Land. To all the other movies that missed out… I am excited to see how hard you work to prove how great you really are.