The Academy Award nominations have finally been announced, and already discontent, to say the very least, has swept across the world at the 14 nominations La La Land received. Incredibly, the film is now tied for the most nominations ever with Titanic in 1997 and All About Eve in 1950. My first thought was, “Wow, are you kidding me?” Those very generous Oscar nods thrown La La Land‘s way notwithstanding, the nominations are indicative of numerous other things going on with the Academy Awards as well — things of positive note.

The most obvious and most welcomed item of note is Hashtag Oscar [isn’t] So White anymore. Hollywood has diversity! Well, at least this year, the Oscar nominations seem to recognize Hollywood’s diversity. Numerous films, actors, and a cinematographer (only the second ever) of African-American descent were recognized for their excellent work in the industry. Moonlight in particular has been well-recognized by festivals and other award ceremonies (though many argue it was snubbed at the Golden Globes). 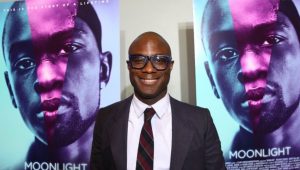 It is also the first time three films up for Best Picture each have black producers. These include Denzel Washington for Moonlight, Pharrell Williams for Hidden Figures and Kimberly Steward for Manchester by the Sea.

Another notable nomination goes to Dev Patel, an Indian-origin British Actor, who was nominated for Best Supporting Actor for Lion.

After two years of  #OscarsSoWhite, we can celebrate once more the diversity of America and the  entertainment industry. That said, the question remains: is the meaningfulness of an award diminished when social pressure has brought it about? Racism is horrifying, and, sadly, is still very much a part of our nation today. Yet, is it satisfying for an African-American or any non-white competitor to receive an award simply because an organization was pressured to give it? And is that truly the case this year? Certainly arguments can be made for both sides. And there is no doubt the nominees of color deserve their nominations. Obviously, we all hope the Academy will award the best candidates regardless of skin color every year.

Denis Villeneuve and Ryan Gosling both received nominations. “So what?” You might ask. So, Villeneuve is directing the Blade Runner reboot, starring (you guessed it) Ryan Gosling. In 1983, the original Blade Runner redefined the genre of science-fiction. The film was nominated for art and effects, and knowing the reboot now has the potential to have two Oscar winners leading the way, is encouraging for fans of the burgeoning franchise. Check out the trailer below.

Lin -Manuel Miranda has a chance at EGOT with his nomination for the Moana score. The artist would be the youngest to do so, but despite this, he remains seemingly grounded. When asked about his rising star status in an interview with Deadline, he commented that he would never want to leave his humble home and neighborhood of Washington Heights in upper Manhattan.

While there is much more to discuss, I’ll touch on only one more thing that I alluded to in an earlier article of mine. The now much-beloved or despised La La Land seems to be an Oscar favorite. Yet, the backlash continues as the small film went from status as an underdog to being tied for the most nominations ever.

A simple search for La La Land in Google News returns headlines like: “Your Guide to the La La Land Backlash,” “Has La La Land Been Overhyped,” “La La Land and 14 Oscar Nods? What?” among others.

If La La Land wins most of its categories, I predict that Chazelle and his team cold be one of the most vilified crews of filmmakers of all time. And the next time he directs something, his critics may very well and automatically root against it.

Who knows, perhaps by the end of February 26th and the 2017 Academy Awards, we may very well see #OscarsSoLaLa. Sad, since Chazelle might be the youngest person to ever receive the honor of Best Director. Ironic, is it not, that people would hate him for being exactly what he and his movie have been nominated to be… the best.