Theodore Malloch Is Potential Nominee as Ambassador to EU 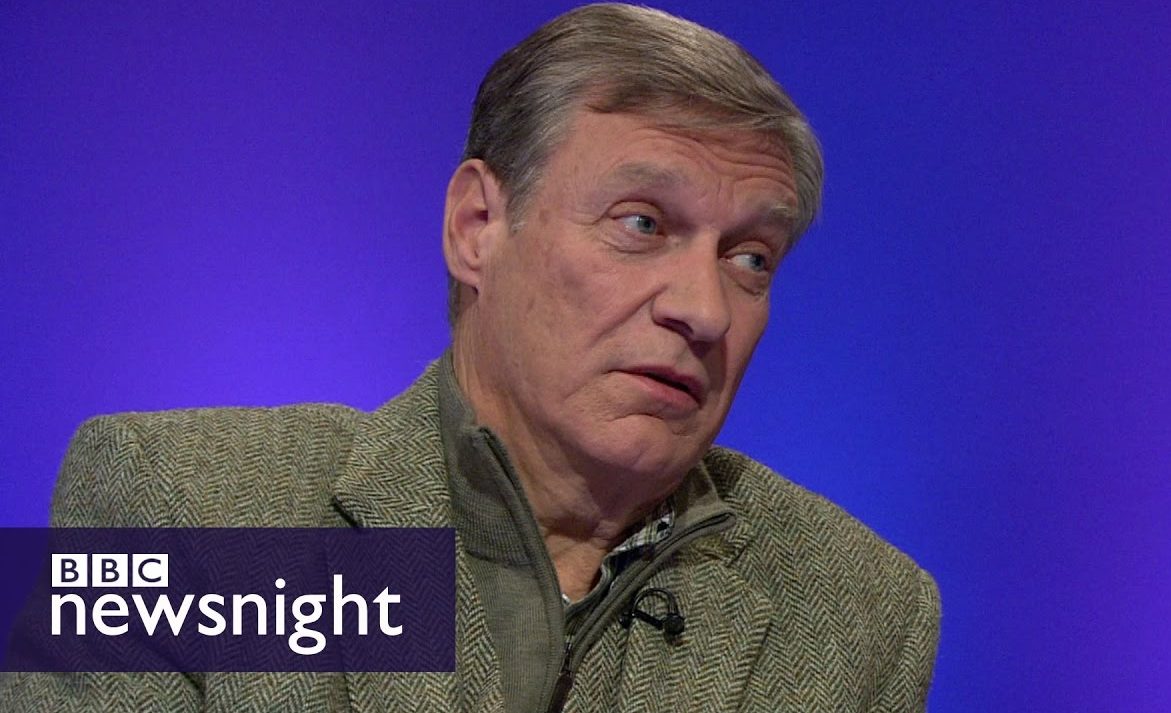 Theodore Malloch Is Potential Nominee as Ambassador to EU

Political commentator Tim Newark, writing in the London publication CityA.M., reports that the distinguished economist Dr. Ted Malloch, an Advisory Board Member of SCENES, will interview this week with the Trump transition team for the post of U.S. Ambassador to the European Union.

Dr. Malloch, who currently serves as Professor of Strategic Leadership and Governance at the University of Reading’s Henley Business School, became one of the BBC’s go to experts for a sympathetic take on Donald Trump’s candidacy during the presidential election.

Malloch embraces Trump’s new populism and its critique of globalization.

Like the President-Elect, [Malloch] is in tune with the peaceful revolution of 2016 and argues that the liberal elite in Europe need to wake up to the new reality.

“Davos-man is dead,” he declares. “Read the obituary. It is framed in the US election and all that Trump represents. The post-Berlin Wall globalization consensus is over. Going around telling the locals that they are racists for opposing migration does not help. They are not racists, they are nationalists – and the reality is that just like homeowners they want to feel and see the benefits of home ownership or being a national. Building the country is now Trump’s political and economic imperative.”

Malloch understands that voters have lost patience with the so-called benefits of globalization and it is now the turn of European politicians to catch up with that truth.

“No longer do we need to have ultimate allegiance paid to corrupt international organizations,” he says, “and think that globalization or its attendant trade deals will solve all our ills. It has disenfranchised extensive swaths of our populations. Those groups have seen their median incomes fall in the last decade and a half and their costs rise, while disproportionally suffering from under and non-employment. Thanks to blue-collar populism, these working people have now spoken and they have found a voice in Trump. His administration and what it will build is more about hope and change than rage.”

Malloch’s wide-ranging experience makes him a strong candidate for any number of positions in the new administration, but particularly the post in Brussels. As a former executive of the World Economic Forum in Davos he knows the mind of those with a utopian belief in globalism.

He also knows the ways of diplomacy, previously holding ambassadorial rank as deputy to the executive secretary of the UN Economic Commission for Europe in Geneva.  A polyglot, he speaks German and French in addition to English.  (You can read the story to date of Ted Malloch’s picaresque career, in his memoir, Davos, Aspen and Yale: My Life Behind the Elite Curtain as a Global Sherpa (WND Books).

Malloch already has friends in the EU’s host city, having been invited immediately after the election to address the EU Montesquieu Forum in Brussels.

In his address to that distinguished body, Malloch said

For all the turmoil, turbulence, and sheer reality-show melodrama of the 2016 US presidential campaign the actual results deepen long-standing trends in the electorate rather than shatter them. You may think the Trump election is a so-called black swan event or as one commentator called it a ‘white lash.’ It is not. Rather it is part and parcel of a much larger global pendulum swing towards populism and nationalism after decades of elitist globalism. These trends are perceived as problematic for governance, partisanship and democracy. But in fact they spell a different consequence, one that promises market-based solutions, more inclusive capitalism and greater participation and reassertion of national sovereignty.

In addition to commentating for the BBC on the presidential election, Malloch wrote extensively on the campaign. His close observation of the Trump revolution is being released next week (January 12, 2017) in Hired (WND Books 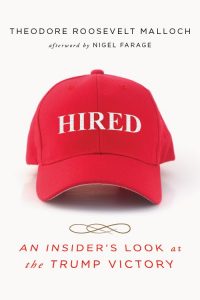 ) Nigel Farage, the leader of the Brexit campaign, supplies an afterword.

Malloch has devoted much of his life to researching the role of ethics in business. In books like Doing Virtuous Business (and its PBS special) and Renewing American Culture, the economist shows how abiding by high ethical standards in a corporation’s culture translates positively to the bottom line.

Malloch doesn’t believe for a moment that the Trump administration will be anti-trade. He sees the reforms the new administration wants to bring about as what some might call social justice and others simply being fair.

Make no mistake, Trump and his ilk are not anti-trade, and most certainly, as entrepreneurs and most importantly builders, firmly believe in market-based fairly played capitalism. They just don’t want or see the results of a long-term system rigged to benefit only the few, the well connected, the super-elites, who game the system or force their one-world globalism on the rest of us.

In the coming months the US Ambassador to the EU will play an important role, communicating the administration’s new populism to Brussels–the legitimate reasons for it and how the EU might best respond. As a close ally of the United Kingdom, the United States and its ambassador should also advocate for the UK’s Brexit to take place on favorable terms. That’s not only in Britain and the US’s interests but the Continent’s as well.