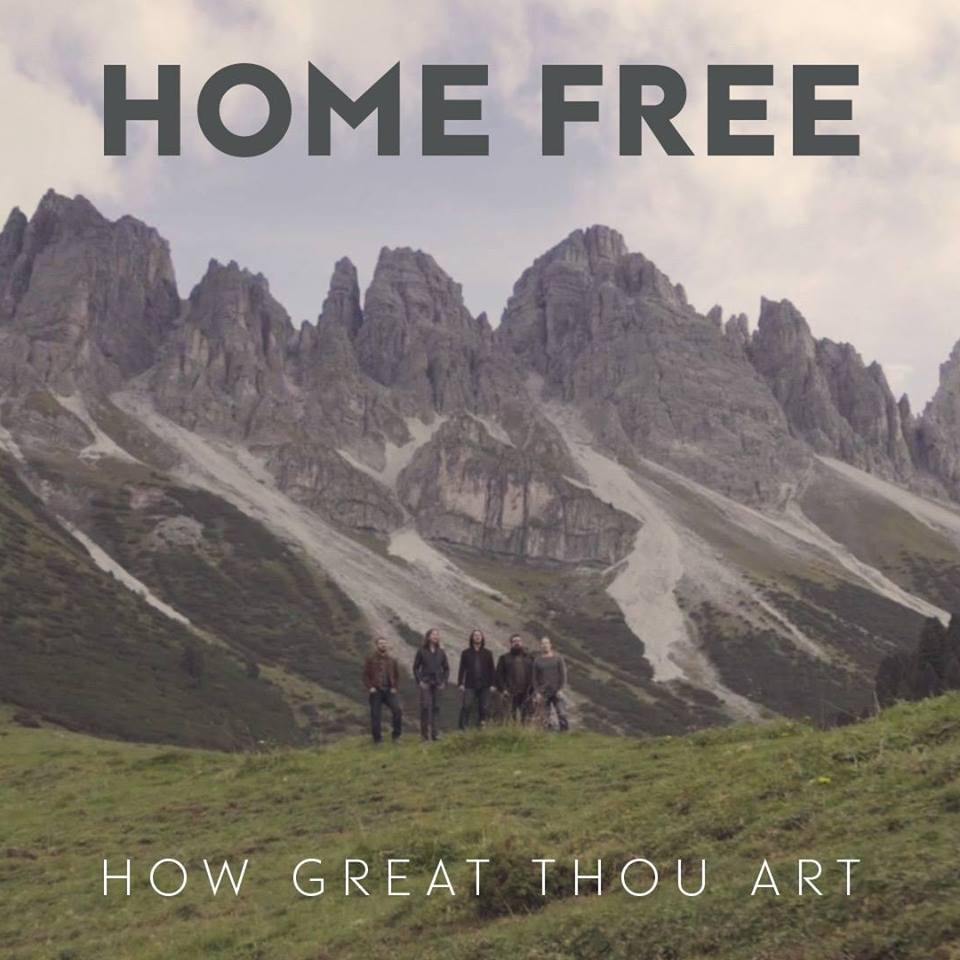 The Country a-cappella group Home Free recently released a music video of “How Great Thou Art” that exceeded a million views in three days. Their stunning rendition took the classic hymn to new heights and not just because of their soaring vocal ranges or pristine harmonies. The sweeping filmography of breathtaking mountains brought new meaning to the well-known lyrics.

The group decided to film the music video while passing through Austria on tour. In the video, the five men stand in a green valley encompassed by mountains. The camera, with the help of a drone, gracefully flies over water, through the valley and up above the mountain ridges, accentuating the lyrics “When I look down from lofty mountain grandeur….”

Country Rebel reports, “Home Free’s stunning arrangement of ‘How Great Thou Art’ can be credited to longtime collaborator Darren Rust who earlier this year produced the group’s recording of the song. The vocals were amazing on their own, but the extraordinary video footage made the tune more powerful than ever.”

According to Faith Tap, “Their voices, coupled with the beauty of their natural surroundings, make it easy to recognize that God is everywhere and looking over them as they sing their hearts out! It’s impossible not to watch in amazement as the group shows exactly why they’ve rose to such fame!”

The group received much acclaim when they won Season 4 of NBC’s “Sing-Off”, but they’ve been around for much longer. Founded by brothers Chris and Adam Rupp around 15 years ago, the group has evolved quite a bit and had plenty of time to hone their blend and gain experience performing for fairs, colleges and in a variety of venues across America. Co-founder Chris Rupp decided to pursue a solo career this May and Adam Chance (standing on the far left in the video) stepped in to his spot.

On November 11th, Home Free will be rereleasing their Christmas album Full of (Even More) Cheer, which will feature “How Great Thou Art” as well as some new songs.

And now, enjoy the glorious tones and stunning views of “How Great Thou Art”.