6 Animated Movies that Focus on the True Meaning of Christmas 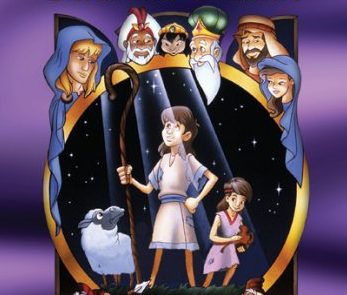 6 Animated Movies that Focus on the True Meaning of Christmas

Children’s entertainment has been inundated with stories of Santa, Rudolph, toys, snowmen and elves. It is much harder to find movies that even mention the birth of Christ, let alone present the coming of the Messiah as the heart of the holiday. Here’s a list of children’s animated films that do keep the focus on Jesus.

When Christmas plans fall awry, Junior suggests that perhaps Santa will help solve the problem. Bob knows better and decides to share with them the story of St. Nicholas. The story takes place in Ancient Greece, where Nicholas ultimately learns the value of helping others from the story of Jesus’ birth.

During the time of Jesus’ birth, Micah, a poor shepherd boy, sets out with his sister on a journey that leads them to Bethlehem. Desiring wealth, he finds himself having to make the most difficult decision of his life – give the threatening Romans information about the Messiah for the riches he is desperate for, or protect the whereabouts of the newborn king?

Hans the shoemaker resides in a charming German village where the people are passionate about Christmas. He doesn’t share in their enthusiasm as he has never learned the true meaning of Christmas. A visit from an angel sets in motion a beautiful transformation where he discovers the greatest Christmas gift of all.

The loveable Peanuts characters try to lift Charlie Brown’s depressed spirit by having him direct them in a Christmas play. During the rehearsal process, they learn about the true meaning of Christmas when Linus recites the story of Jesus’ birth directly from Luke 2. This takes the focus off of commercialism and leads Charlie Brown to find true joy.

Greatest Heroes and Legends of the Bible: The Nativity

Charlton Heston (The Ten Commandments) hosts this telling of the greatest story ever told. Follow Mary and Joseph to Bethlehem, the wise men as they track a special star, and the jealous King Herod, who seeks to destroy the new king.

The Promise: Birth of the Messiah – The Animated Musical that Changed the World

This newer, musical version of the nativity features a talented cast of singers, attractive computer animation and sticks closely to the story found in scripture.