Home Culture J.R.R. Tolkien’s Love Story, “Beren and Luthien,” will be Published in 2017 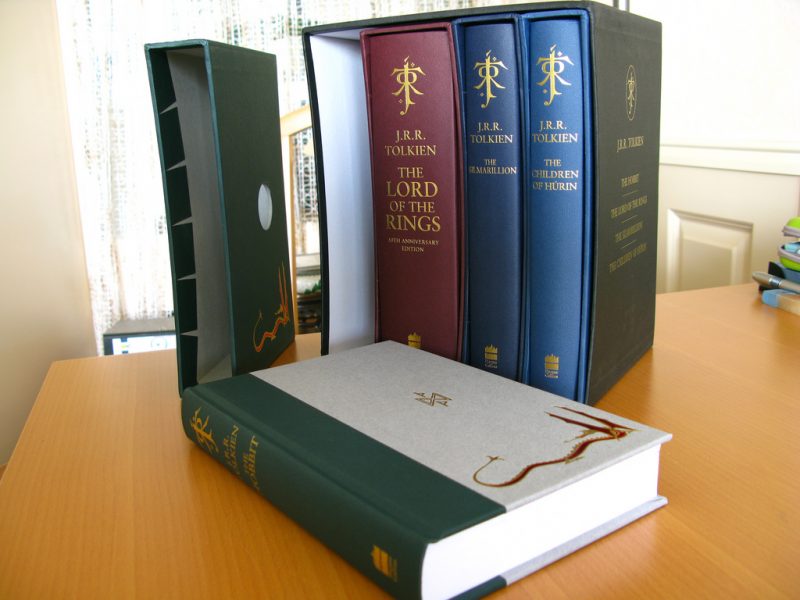 100 years after J.R.R. Tolkien penned the romance of Beren and Lúthien, it will finally be published as a stand-alone story. Harper Collins, UK will publish the UK version and Houghton Mifflin Harcourt has obtained the rights to publish it in the US. The book will be edited by the author’s son, Christopher Tolkien. Alan Lee, well-known for his illustrations of The Hobbit and The Lord of the Rings, and Oscar-winner for Best Art Direction for The Return of the King, will provide illustrations for this soon to be published work. 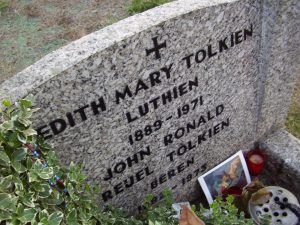 Tolkien’s wife, Edith, inspired the epic romance between Beren and Lúthien. In a letter to his son, he wrote:

“I never called Edith Luthien – but she was the source of the story that in time became the chief plan of the ‘Silmarillion.’ It was first conceived in a small woodland glade filled with hemlocks at Roos in Yorkshire (where I was for brief time in command of an outpost of the Humber Garrison in 1917, and she was able to live with me for a while). In those days her hair was Raven, her skin clear, her eyes brighter than you have seen them, and she could sing – and dance.”

On the Tolkien’s shared tombstone, the names of Beren and Lúthien are engraved beneath their names. 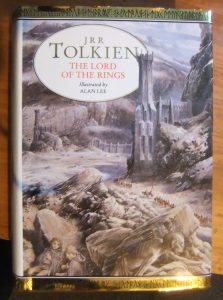 The Lord of the Rings Illustrated by Alan Lee

The story that is woven throughout The Silmarillion and referenced by Aragorn in The Lord of Rings is a love story between mortal Beren and immortal, Elvish princess Lúthien, whose father, King Thingol, greatly disapproves of their relationship. According to Christopher Tolkien, the Elvish Lord, “in deep opposition to Beren, imposed on him an impossible task that he must perform before he might wed Lúthien. This is the kernel of the legend; and it leads to the supremely heroic attempt of Beren and Lúthien together to rob the greatest of all evil beings, Melkor, called Morgoth, the Black Enemy, of a Silmaril.”

According to the press release, the editing challenge for Christopher Tolkien is having to piece together the story from the “comprehensive work in which it was embedded; but that story was itself changing as it developed new associations within the larger history.” He is keeping the tale in his father words, while combining its original iteration with writing that came in later manuscripts.

This new addition to the world and tales of Middle Earth will be released in May of 2017.