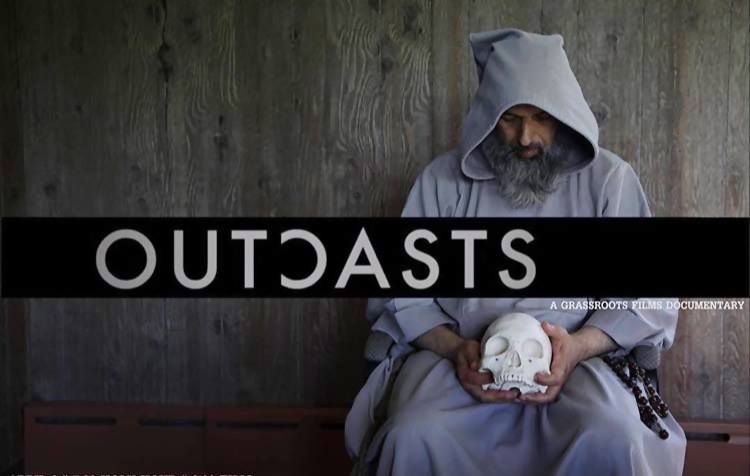 WATCH THE TRAILER FOR THIS POWERFUL FILM BELOW.

Joseph Campo, filmmaker, photographer, New Yorker, and Third Order Franciscan, wants to show people a side of humanity they don’t normally see. For some, it’s because they don’t want to look. Outcasts, his latest project, follows the lives of the real people that the Franciscan Friars of the Renewal minister to. 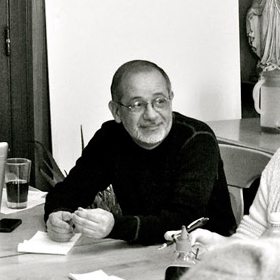 The film moves through prisons, crack-houses, a death bed, and more, as the filmmakers follow those whom the world has cast out and the friars who welcome them back in.

Campo, Director of the St. Francis House in Brooklyn, founded Grassroots Films in 2006 with the purpose of creating career opportunities for the young men that were under his care. Since then, they have produced multiple feature length and short films intended to enlighten and inspire. Three of the men from the St. Francis House worked on Outcasts.

Today, I have the opportunity to ask him some questions about the process.

What was the darkest moment during production?

“When the guys went into a crack den and filmed heroine addicts. The friars were not present at that filming.” Campo explains that the crew got in a car with some addicts thinking they were going to film in the street, only to find themselves inside a crack den filled with prostitutes. The violence that was done there was what people were doing to themselves. “And yet, the people wanted us to film them,” he says. “They wanted to be filmed in the hope that watching them might help someone else.”

Although the film is for mature audiences and does not shy away from the gritty truth, the underlying premise is hope.

What was the highlight for you during this project?

“When people come into the friaries. These are always joyful moments. They’re hungry. The friars will give them food and speak to them and they will be treated like people. Sometimes they’re not even hungry. They just want to talk to somebody. It’s not happiness, it’s joy. The kind of joy that stays in your heart and you think about it later. They give us more than we give them.”

What do you hope audiences will take away from this documentary?

“Hope and love. It gives the viewer an opportunity to look at their lives and see what they could and maybe should give. Each person will take something different away from the many people they see in the film.” He hopes the experience will bring an inspirational moment. An awakening.

In your opinion, why are many people afraid of associating with outcasts?

“They don’t really know them. The ones they remember are the ones with mental problems. I see these people as victims of their families, of society, and of other people.” How outcasts are treated, or ignored, is a reflection of society. “People don’t want to see the negative in the world or in their lives,” he continues. “But the reality is that all of us are poor. We all have problems. You might see something in them that you don’t like so you turn away. But we need to look. Otherwise, it will never change.”

He points out that part of the problem is how homelessness is portrayed, even in the media. You don’t see stories of a homeless person who’s just down on their luck. That’s why he seeks to show a different side of things and shake up the status quo. He finds great joy in entering their lives. “The secret to having joy in life is to give more than you take. There’s such great joy in giving something to a poor person.”

Outcasts is being prescreened in select locations in the US and Europe. To see the prescreening schedule, or to request a screening in your area, click here.