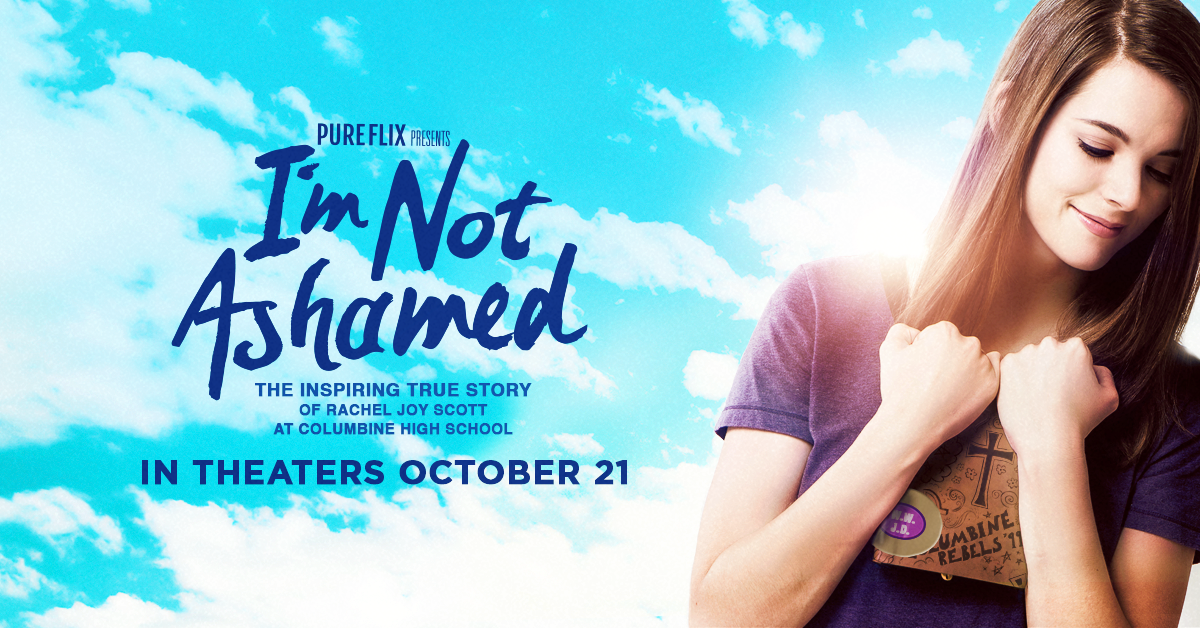 Rachel Joy Scott was the first person killed in the Columbine High School shooting on April 20, 1999. With a gun to her head, she proclaimed her faith in Christ and was murdered for it. 17 years later her legacy of faith and compassion lives on through Rachel’s Challenge, a non-profit dedicated to transforming and protecting lives in America’s school systems, and now also through the I Am Not Ashamed movie, to be released October 21st.

In her life, Rachel influenced those around her with a message of hope and kindness, even keeping one friend from committing suicide. After her death, many students reached out to her family to share how she had touched their lives. When the Scott family realized how powerful her message was, they established Rachel’s Challenge with the goal of “making schools safer, more connected places where bullying and violence are replaced with kindness and respect; and where learning and teaching are awakened to their fullest.”

22 million lives across America have been changed by this program. In a moving video on the program’s website a story is told about a letter they received from a ten-year-old girl, outlining exactly how she had planned to kill herself, but then, she wrote, Rachel saved her life.

In her last school essay, Rachel wrote, “I have this theory that if one person can go out of their way to show compassion, then it will start a chain reaction of the same. People will never know how far a little kindness can go.”

These words are brought to life in the upcoming movie, I Am Not Ashamed, produced by Pure Flix and starring Masey McLain. With content drawn from Rachel’s personal journals, this true story shows her journey of faith leading up to her death, and the many ways she impacted those around her.

Abigail Duhon, singer of the movie’s title song, was also inspired by Rachel to stand up for her faith and speak against bullying. In an op-ed article she wrote for Christian Post, she said:

“And so, I, as a Christian teen, want to sound the alarm. Please, please remember that we may turn the other cheek, but it still hurts to be bullied, rejected, and judged. But how can I compare that to the price that Christ made when he became a sacrifice for not only me, but for those that don’t deserve it.

“Let’s decide to stand up for who we are and what we believe in. People need to see the Jesus in us and know how loved they are.”

And now, here’s the music video for her song, “I Am Not Ashamed.”