5 Things You Should Know about Captain Marvel

Home Geek Salad 5 Things You Should Know about Captain Marvel 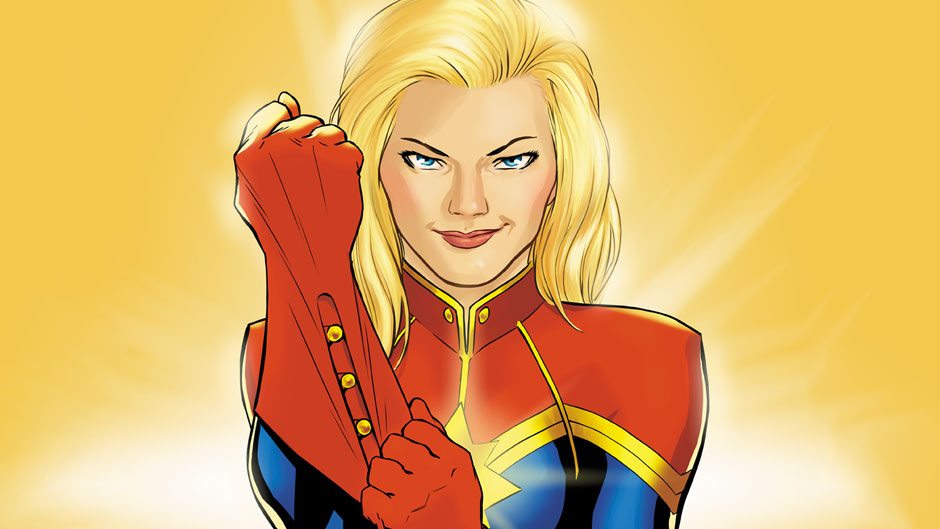 5 Things You Should Know about Captain Marvel

The female super hero is on the rise and so are blockbuster films showcasing her power.  These movies may be a little late to the party, but at last we have slated production and release dates.

One fan favorite is tantalizingly close to becoming a reality–military genius turned super leader, Captain Marvel.  While you wait for the film, get to know her story.

1. She has a seriously twisted back story.

Carol Danvers began as an Air Force pilot and CIA Operative turned NASA assistant.  While on assignment from NASA, Danvers inherited powers from her friend and love interest Mar-Vell, an alien she was tasked to spy on.  During an incredibly trope explosion, Danvers became in fused with half Kree (alien) blood, taking the mantel of Ms. Marvel.  When N.A.S.A. scrubbed her career, things got strange.  She was done wrong too many times to count and lived a double life with a Jekyll and Hyde (except super heroic) personality until Danvers finally came out on top as a successful executive and heroine in the comics.  She was in turn a close companion of the X-Men and an Avenger, among other super heroic clubs and finally became Captain Marvel.  The writers took her through a series of dark, soul-wrenching plot twists which you can read in the incredibly long and cringe-worthy pages of the Marvel character wiki, but you won’t find them here.  You’re welcome.

2. Brie Larson is reading the comics to get into character.

An Instagram snapshot from the actress showed her snuggling in a Captain Marvel cosplay hoodie, reading from a stack of titular comics.  Because…research.

3. The movie is being written by two women.

Nicole Perlman, co-writer of the slapstick action epic Guardians of the Galaxy and Meg LeFauve, co-author of Pixar’s Inside Out will pen the film.  Two girls writing the first female led super hero movie in the Marvel universe just seems like a good thing.

4. Captain Marvel is as powerful as any of the current cinematic Avengers.

Sorry, Black Widow, Carol Danvers is probably the most well-rounded heroine in the Marvelverse.  She’s arguably as powerful as Cap, she can fly, and as an added bonus, she can shoot energy blasts from her hands.  You go, girl.

5. The Movie is Too Far Away

With all the hype and recent press, you’d think the movie is ready for the next year of blockbuster roll-outs.  But we’ll have to wait all the way till 2018 to see the lady Captain in action.  Aaarg.  Guess we’ll have to be content with Doctor Strange, Thor 3, Guardians 2, etc…Okay, that helps a little bit.