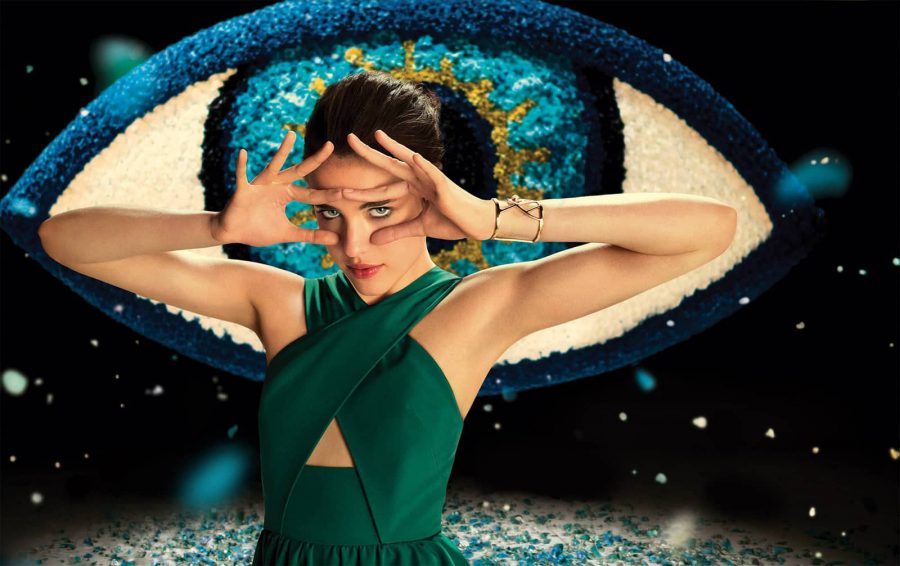 I want to take a moment to talk not about why I like the new KENZO ad directed by Spike Jonze (Being John Malkovich, Where the Wild Things Are, and Her) but about why it is important to what we have seen happening in hollywood recently.  Now, if you haven’t seen the ad, watch it now, before reading further.

Now that you have seen it, you may either love or hate it.  Put those feelings aside for just a second, as we try to figure out what was actually happening in all that absurdity.  First, ask yourself what normal perfume commercials sell you.  The answer is almost always sex.  They consistently center around a scantily clad wealthy looking model who has easily seduced a hot looking man.  This KENZO ad took a completely different approach.  It started like what you might expect a bad perfume ad might… rich people at a gala, listening to some stuffy speaker.  This is the event to which most wealthy people would wear perfume.  She can’t handle it and decides to step out.  Once in the hall.  She sheds a single tear, as if to say, “I’m so bottled up, I can’t take it.”  Then, ever so slowly, we hear strings start playing and she smiles a bit, showing that something is alive in her.  Suddenly, new music begins, and she becomes free.  She can be the silly little girl that’s screaming to be different from all those stuffy rich people.  She can run around this MAGNIFICENT building being whatever she wants, making faces in the mirror, and screaming at busts of ugly, old, rich men.  Running around in heels like boss and mixing ballet with martial arts, she owns the building; that is, until she suddenly notices a lone man on the phone, and becomes self conscious.  Or does she?  Far from a sexy exchange, she adds him into her make believe world like a girl would her brother, fake assassinates him, and then in the throes of death, he gets one final shot off.  Cut to her marching down a glorious hall while shooting lasers out of her fingers, because why not? Then she is a ballerina again, just like when she was a little girl.  Finally, she rushes outside to rage against the floral manifestation of her perfume, only to launch through it in marvelous slow motion, the arrangement scattering the scented essence all around her.  She ends by beating her chest and smirking at the camera, like a female Tarzan claiming her dominion.

WHAT CAN HOLLYWOOD LEARN?

Romance continues to drive relationships in the typical Hollywood fare.  From children’s movies to summer blockbusters, it seems a character’s development remains incomplete until he or she finds the perfect match.  Even TV suffers from this epidemic, as any and every friendship struggles to remain outside the reach of sex.  The KENZO ad teaches us that sex doesn’t have to be the driving force behind a character or a story to catch our attention.  Afterall, within a week, this 4 minute spot has received more attention than almost any fragrance ad ever, at nearly 3 million views in a week (that number comes from the fact that the international ad, which was in French, was the version initially released and garnered nearly 800k views before being pulled by KENZO in favor of the Americanized version of spot that has over 2.1million views at this moment).  If you search “KENZO perfume ad” in Google News, none of the headlines have anything to with sex, but instead almost exclusively talk about how “crazy” or “insane” the ad is.  Spectacle and great acting come together to sell this product and differentiate it from every other fragrance ad.

2. Good Acting IS Everything

As I have already alluded, this ad would be nothing without the incredibly high energy and charisma of Margaret Qualley.  She clearly gives every single bit of herself to accomplish the ludicrous visions of director Spike Jonze and choreographer Ryan Heffington.  You may take issue with my labeling what Qualley does here as acting, but I assure you it is.  From the first shot of her attempting to care about the dry monologue in the gala, to the single tear she sheds on command, to the running, jumping, and most extreme facial expressions I’ve ever seen, she commands your attention.  You can’t look away, and that is more than can be said for many of the performances found in this year’s summer blockbusters.

3. Action Movies Can Be Artful

I think this argument is becoming less controversial after films like Mad Max: Fury Road  and Mission Impossible: Rogue Nation have shown careful direction can make an action movie feel like a beautiful ballet instead of a cacophonous train wreck.  Hollywood would still do well to note that just because the genre of the story falls into the action category does not mean aesthetics should be chucked out the window.  Spike Jonze uses some beautiful tracking shots in this perfume ad, rushing to catch up with Qualley as she pounds up stairways, or moving in slow motion as her body is pulled through a car-sized floral arrangement.  Beauty is also how a story is told, something often ignored by productions only wanting to make a quick buck off mass audiences.

4. Formula Movies Aren’t the Only Way

As has been said, this ad stands apart.  I challenge you to find a fragrance ad (or any ad) like it.  This commercial works because it is different, not because it follows the trail that has been blazed by the hundreds of perfume ads that precede it.  Movie-going audiences have been fed the same movie formula for years now, and while there can be something comforting in routine, we all acknowledge our favorites are the stories that surprise us: Inside Out, Whiplash, Mad Max: Fury Road, The Grand Budapest Hotel, and more.  Right now, Hollywood is rushing to franchise any and every story they have, in order to maximize profits (which is fair, since movie making is a business), but how much do they hurt themselves by repackaging the same idea a thousand different ways?

5. Women Can Carry a Story

You might think that a perfume ad hardly provides evidence of this point, as they typically star women and are marketed to women.  I would disagree.  Most perfume ads star a sexual object (as we have already stated) and market desirability to women who want to be wanted.  KENZO has created an ad that stars a woman being whatever she wants: the little girl in her is free to roam and let her imagination run wild.  This ad shows a real person, no matter how crazy she is acting (aren’t we all a little crazy inside) and markets freedom and fun to women who feel boxed in by cultural expectations and definitions of beauty.  She is not defined by her relationship with a man, and yet this story has drawn an audience larger than that of most opening weekends for movie releases.  When Hollywood finally realizes that the gender of a person does not dictate the success of a story, we will begin to see more stories told from different perspectives.