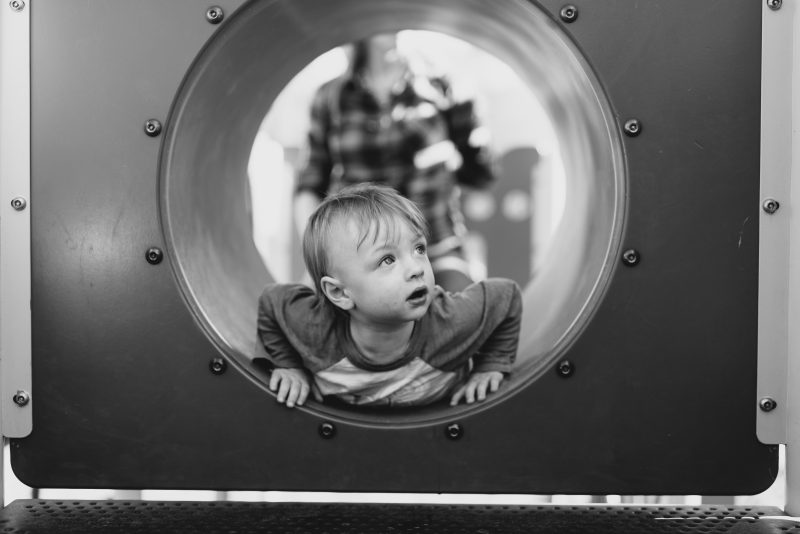 It’s important to evaluate what shows your toddlers are watching. Even if something is labeled as appropriate for that age group it may still contain messaging that you don’t agree with. Recently, I’ve had friends complain about some of the modern remakes of shows that I grew up with, saying they’re just not what they used to be and there are character types portrayed that they don’t feel are good examples for their daughter.

Some good questions to consider when screening a show are: is it educational and do you agree with what they’re teaching? What types of attitudes and behaviors are being displayed and would you want your child emulating them? What messaging is coming through the dialogue and plotline and do you feel comfortable with it?

Here are a handful of suggestions that are educational and uplifting television shows your toddler can enjoy.

I have a lot of friends with young children and this seems to be at the top of their list for favorite TV shows. Daniel Tiger’s Neighborhood takes place in what was once Mr. Roger’s Neighborhood but now belongs to (you guessed it) Daniel Tiger. This PBS show teaches healthy behavior in a community setting with the help of music and story. Kindness and sharing are among the key themes portrayed in this neighborhood. The look and vibe of the show is bright, cheery and uplifting.

This little reader’s paradise topped Healthline’s list of “Most Educational TV Shows for Toddlers.” The locale is Storybook Village and the heroes are Super Readers. The four main characters solve mysteries and go on fantastical adventures powered by reading. Also a PBS show, Super Why! teaches various reading skills including alphabet, spelling, rhyming and more. 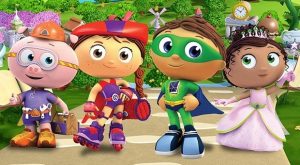 Set during the time of Roman Emperor Nero, this show centers on some of the early Christians living under Roman rule. Through daily adventures, viewers are able to become familiar with Bible stories and learn Judeo-Christian values. The format incorporates both traditional animation and computer animation. Friends and Heroes is available through Pure Flix streaming and through TBN. 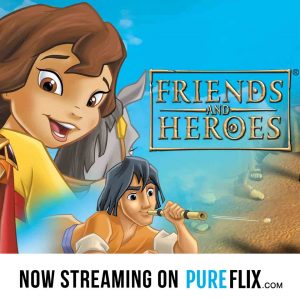 Puffin Rock is a charming children’s show made in Ireland. Narrated by the delightful Chris O’Dowd, the series follows a brother and sister puffin-pair, Oona and Baba, as they venture through their island home of Puffin Rock. Toddlers and adults alike will appreciate the beautiful animation and should find it very pleasing to watch. This series airs in America on Nick, Jr. and Netflix.

If you have a super inquisitive toddler, then this is a show you should get acquainted with. Created by The Jim Henson Company, Sid is a curious little question-eer with a sweet family ready to help him understand how the world works. This highly educational show encourages exploration of the world around you and incorporates short songs to help teach science. Sid the Science Kid is computer animated and airs on PBS. 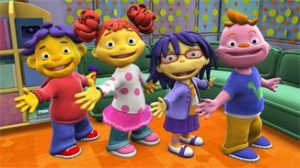