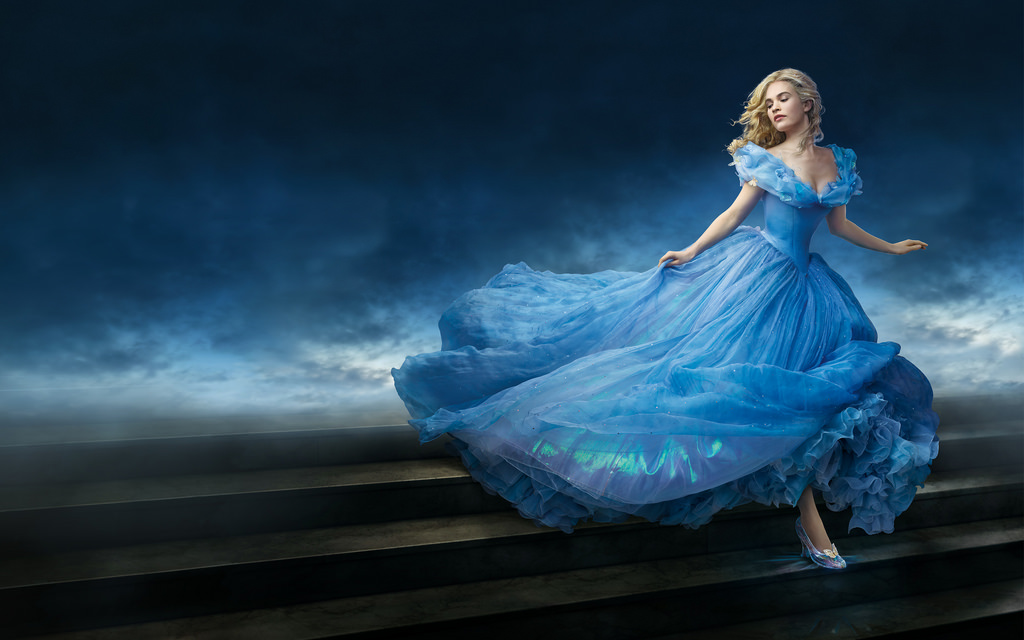 Perhaps after your child has forced you to watch Frozen for the fiftieth time, you’ve become a little numb to the magic of Disney storytelling, but have you ever taken the time to examine these films from a Christian perspective? They’re certainly not meant to be Christian films, but if you look closely, you can see how these films reflect the greatest story ever told. Here are a few of my favorite classic children’s films examined from this perspective.

In the 2015 live-action version of Cinderella, Cinderella’s mother gives her a motto to live by: “Have courage and be kind.” This very uplifting message helps her in the face of numerous tragedies and obstacles in her life, including the death of her parents, accepting a new stepmother and stepsisters, and then being persecuted and forced to work as a slave in her own home. It is also this motto that helps the prince to see her value and fall in love with her.

Even more powerful than courage and kindness is the theme of forgiveness. After years of suffering abuse, persecution, and slave labor from the woman who should have filled the void of maternal affection, when given the opportunity to retaliate her stepmother’s hatred, Cinderella sincerely says, “I forgive you.”

This classic fairy tale, Disney’s first, full-length feature film, shows good and evil in stark relief and contains plot elements that reflect the fall and redemption of mankind that can be seen in the Bible. Snow White, as her name denotes, begins pure, sweet and one with nature just as Eve in the garden. The evil antagonist tricks her into eating the poisoned apple, similar to the snake and the forbidden fruit. The Apostle Paul writes that as a result of the fall, “we were dead in our trespasses.” This concept is shown in the death-like sleep that Snow White is cursed with as a result of eating the apple. Unable to save herself, the real hero is the Christ-like figure of Prince Charming, who must fight on her behalf and save her with the kiss of true love.

Sleeping Beauty is similar to Snow White in that the title character is actually not the hero of the story. Aurora is cursed from birth to prick her finger on the spindle of a spinning wheel and die. It is only the blessing of one of the good fairies that provides a way out. Instead of death, an enchanted sleep, that can only be awoken by true love. Sound familiar? What’s interesting about this film is that some of the spiritual concepts are more blatant. The wicked Maleficent turns into a demonic dragon-like creature that calls on “all the powers of hell” to assist her in the final battle against Prince Phillip. Phillip is literally armed with the Sword of Truth and the Shield of Virtue. This harkens back to Paul’s “Whole Armor of God” passage in Ephesians 6. Ultimately, the Sword of Truth finally finishes off the evil creature, and Phillip is able to break Aurora’s curse with true love’s first kiss.

Pinocchio is the puppet prodigal with a penchant for lying. After he is given life by his creator/father and the mystical blue fairy, he has the opportunity to become a real boy if he can show himself to be brave, honest and unselfish. As a result of falling in with the wrong crowd, he embarks on a journey of pleasure seeking and temptation, which leads to him starting to transform into a donkey and made a slave.

Once he escapes, he discovers Geppetto has been swallowed by a whale. He allows himself to be swallowed by the same whale in an effort to rescue Geppetto. His plan is successful but at the cost of his life. In honor of his bravery and self-sacrifice, the blue fairy, in Holy Spirit-like fashion, causes him to be reborn as a real boy, free of the trappings of his former puppet life.

There is certainly a strong moral theme in this story, best exemplified by Jiminy Cricket, his personal conscience, guiding him to discern between right and wrong. But there are also parallels to biblical stories like The Parable of the Prodigal Son and Jonah and the Whale, as well as the concept of re-birth that is foundational to Christianity. Not to mention the very apt point that sin turns us all into asses, am I right?

Beauty and the Beast

Right off the bat, in the prologue of the film, if you will, we learn that the handsome prince is turned into a beast because he failed to show charity to a sickly old woman (who happened to be an enchantress in disguise). This concept of not judging a book by its cover is played out in Belle’s love for reading, in the dashing Gaston turning out to be a jerk, and in the need for Belle to see past the Beast’s rough exterior and fall in love with the character inside in order to break the spell.

The Beast was punished for his arrogance and vanity, but also for not helping a poor woman. The concept of taking care of the poor and sickly is hugely prevalent in Jesus’ ministry and teaching. In Matthew 25 he was recorded as saying, “Then the righteous will answer him, saying, ‘Lord, when did we see you hungry and feed you, or thirsty and give you drink?…  And the King will answer them, ‘Truly, I say to you, as you did it to one of the least of these my brothers, you did it to me.’”

Another significant theme in Beauty and the Beast is sacrifice. Belle offers up her own life to take the place of her sick father in the Beast’s dungeon. Once he falls in love with her, the Beast sacrifices his own future happiness and that of everyone in his castle, when he decides to let her go back to her ailing father. This sacrifice helps to solidify Belle’s feelings for him, which eventually breaks the spell on the prince and his castle.

The real question is, will this new live-action version of Beauty and the Beast carry on these rich themes?