A Team of Refugees Makes Olympic History in Rio 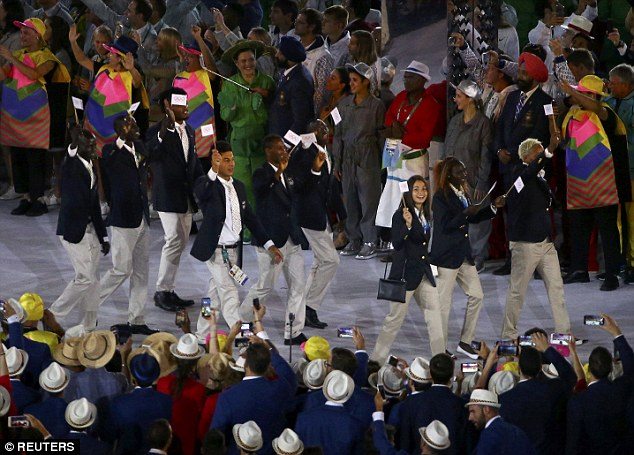 A Team of Refugees Makes Olympic History in Rio

Approximately 21 million refugees have been forced to flee their home countries due to war. Previously, displaced athletes were not able to compete because they lacked citizenship, but no more. For the first time in Olympic history, the International Olympic Committee has voted to establish a team of 10 refugees to compete in Rio.

The New Yorker reported, “In announcing the team, Thomas Bach, the president of the I.O.C., said, ‘These refugees have no home, no team, no flag, no national anthem. We will offer them a home in the Olympic Village, together with all the athletes of the word. The Olympic anthem will be played in their honor, and the Olympic flag will lead them into the Olympic Stadium.’ Bach continued, ‘These refugee athletes will show the world that despite the unimaginable tragedies that they have faced, anyone can contribute to society through their talent, skills, and strength of the human spirit.’”

The team, made up 6 men and 4 women, does not wish to be pitied or patronized, according to USA Today. “They want only to show they belong, be it at the starting line at the Rio Olympics or in a world increasingly hostile to the plight of refugees.

Being a part of the Olympic Refugee Team has transformed the lives of its 10 members, and they hope their presence here will be transformational for the millions of others like them around the world.”

USA Today referred to this refugee crisis as “the worst since World War II”. Sadly, many have looked upon refugees with judgement and fear rather than sympathy. South Sudan runner, James Nyang Chiengjiek said, “If you are a refugee, [people] think you are a criminal. And that’s not the way. We are innocent people.”

The USA Today article concludes with an important reminder and challenge. “It’s easy to forget, but the Olympics are meant to showcase the best of the human spirit. The Refugee Team is not only a reminder of that, but a challenge for the rest of us to do better, to be kinder, to look for what unites rather than what divides.”