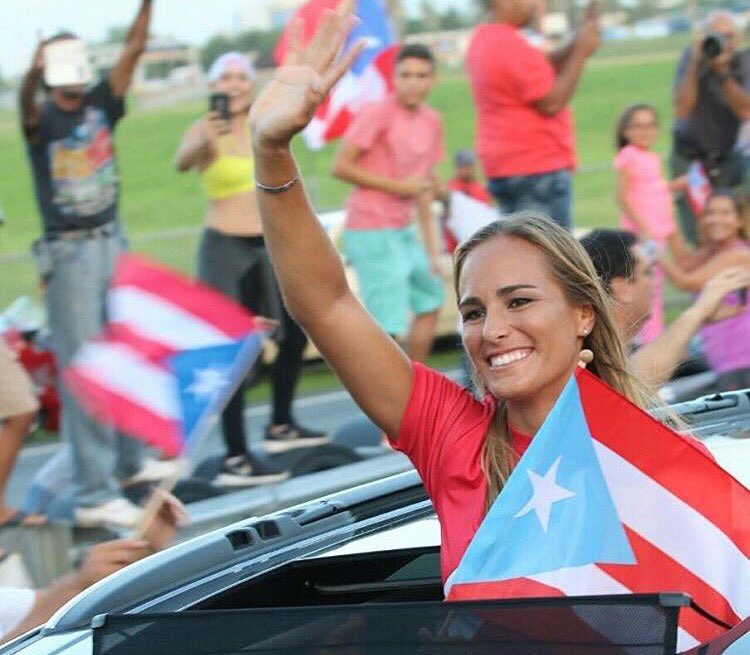 Monica Puig made history in the Rio Olympics as the first athlete ever to win a Gold Medal for Puerto Rico. Her win made her a superstar in Latin America, but can she do it again?

“It’s still kind of a dream to me,” Puig told reporters last Saturday, leading up to the U.S. Open. “It’s like, ‘Did this really just happen?’ I don’t think it has really hit me.”

She was overwhelmed with support from fans and Hispanic celebrities. “It’s more of the messages I got from Latin America and my island that means the most. They care. Those messages mean a lot to me. I read all of them.”

FIRST GOLD FOR ??
Everyone at Casa Miranda is bawling.
PA’LANTE @MonicaAce93!!!!!

Some wonder if she’ll be able to give a good showing at the US Open, which she wasn’t going to be able to compete in until just days ago. Will she come crashing down after the high of her gold medal run?

USA Today reports: “Puig has also read the messages that called her run a ‘fluke,’ which also purport that she’ll crash out of the U.S. Open in the first round, where the faces 60th-ranked Zheng Saisai of China. They have never played before.

“Puig was unseeded coming into the Open before American Sloane Stephens pulled out of the event Friday with a foot injury. She now occupies the last seeded spot, No. 32.”

“I’m trying to keep myself as focused as possible and not let all the attention get to me,” she says.

“I never come to a tournament if I’m not prepared. If I’m here, I’m ready to go.”

She can only hope her performance will be worthy of another hysterically memorable fan reaction like this one: