SLS: The Krickets Bring Harmony To The World

Home Music SLS: The Krickets Bring Harmony To The World 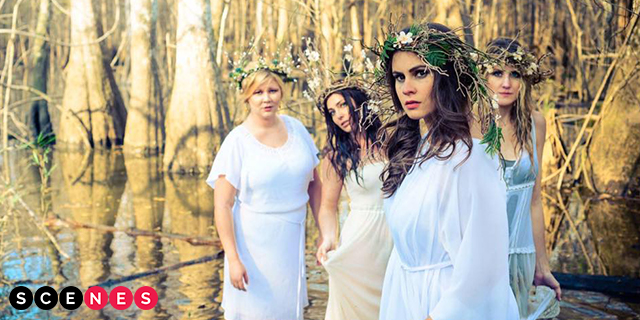 SLS: The Krickets Bring Harmony To The World

The Krickets are undoubtedly one of the most unique bands you’ll ever come across. Call it Americana, call it bluegrass-infused, call it country; it doesn’t necessarily matter what you label them because at the end of the day, it’s undeniably great music.

The Gulf Coast-based trio has been steadily growing its fan base over the last few years, starting with their 2016 debut Spanish Moss Sirens. That album helped cement a sound that is truly all their own—a balance of earworm melodies, roots music instrumentation and stunning harmonies. They went even further on 2018’s Redbird, which was produced by Lone Bellow and Joy Williams producer Sam Ashworth.

With their most recent release, “These Games,” The Krickets have signaled that they’re a band not confined by definitions and preconceptions. The song takes inspiration from doo wop and the girl groups of the 60s in its harmony arrangements, and is propelled by a fat, steady backbeat that elevates the trio’s musical prowess.

They can sometimes get a bit bluesy and swampy, as evidenced by “Redbird,” with its angular banjo line and sweet melodic turn in the chorus. Just two years earlier, “Guinevere,”—the first song on their debut album—helped establish the beginnings of a sound that would evolve with every composition. The minimalist production of the song was the perfect way to introduce a group that could recall Nickel Creek in one moment and The Civil Wars in the next.

“Ghosts” from Redbird is a stunning example of the band’s quick evolution and progression, with a wash of delays and expanded production. The song, at times, recalls Sandy Denny-period Fairport Convention in its melodic arrangement and vocal delivery, though it’s just modern enough to feel pretty unique.

Where Redbird was an experiment in sonics and a more psychedelic production approach at times, “These Times” found the trio returning to a more straightforward sound. It’s also notable for being completely self-produced, which is a testament to the level of skill they have as songwriters and artists overall.