Identical Twin Duo, Shook Twins, Make Us Feel Like Part of the Family 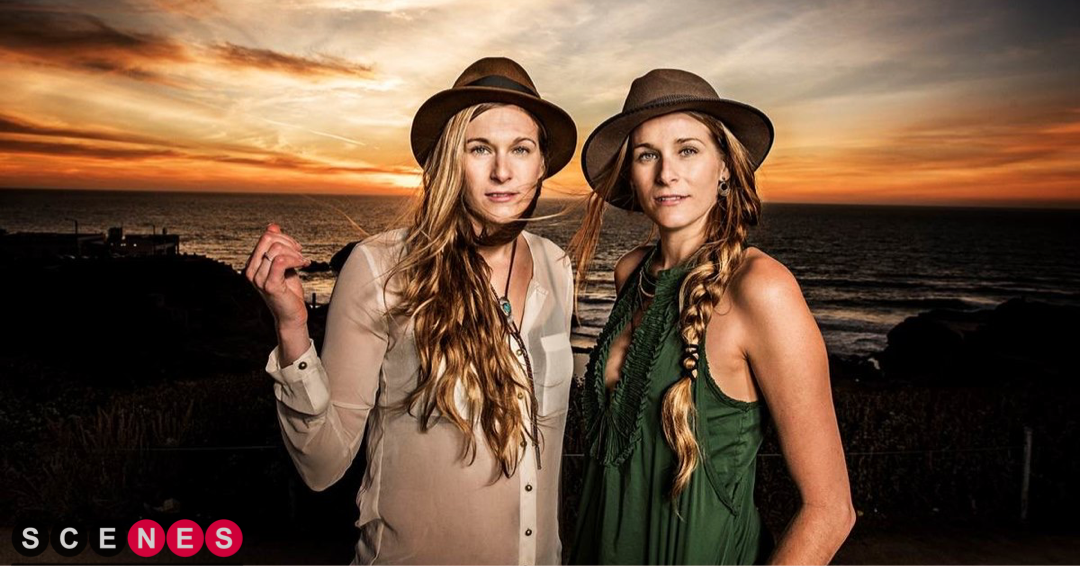 Identical Twin Duo, Shook Twins, Make Us Feel Like Part of the Family

It seems like many of the best musical performances begin to feel like a family affair. It takes an exceptional artist to achieve it—one who is simultaneously engaging, disarming and vulnerable enough to touch on the type of deep, human truths that unite performer and audience. We’ve all felt it: that sense that a songwriter might be speaking directly to us, or that one of our heroes is, in fact, on our level when it comes to navigating the triumphs and tribulations of real life. It is in those moments when it feels like it could just be us—rocking on the front porch, sitting at the dinner table, or gossiping crosslegged on a bed. Those are performances of the highest order.

Scenes was lucky enough to have hosted one such performance back in October 2019. In this case, it did not feature one artist, but two; and admittedly, when it came to creating an inviting, familial atmosphere, this duo had a bit of a head start—for Shook Twins, featuring Katelyn and Laurie Shook, are just that: identical twins. That being said, it’s important to neither discount, nor overemphasize, the effect that their obvious relation has on the viewer. Certainly, there is a natural camaraderie and an infectious comfortability that goes with the territory. However, these are not just any twins; these are two incredibly talented songwriters, musicians, and singers that happen to be identical twins. It works in their favor, as their voices blend beautifully and the complex synchronicity of their arrangements confirms a deep intuition of one another, but it also exemplifies the talent and the work ethic necessary to cultivate such an effective collaboration—regardless of their genetics.

Shook Twins begin their Scenes Live Session by launching immediately into their opening song “Safe”—as if imploring the audience to look first at the merits of their artistic ability, rather than the novelty of their appearance. The tune is described as the group’s “sexy break up song that Katelyn wrote mostly” for her sister, Laurie. Sonically, it is a haunting, harmony layered number, which brings to mind the musical partnerships of Damien Rice and Lisa Hannigan, as well as Tegan and Sara—another twin sister act. Further, with Katelyn on acoustic guitar and Laurie accompanying on banjo, the pair seems both firmly planted in the folk tradition and well versed in the type of atmospheric indie that characterizes much of today’s Americana. The lyrics explore a relationship in which the narrator attempts to establish a sense of security in a partner intent on ending things. “All I want is a love that feels safe.” It is an impactful and relatable tune that betrays an obvious safety that these two sisters find in one another.

After a playful interlude in which the duo jokes that they are the Shook Twins of the band Shook Twins (no the), they enter into their second song, “Shine On.” Katelyn prefaces the tune by revealing its muses. It is based on three important people in the twins’ life: their best friend who is the “Good Witch of the Northwest;” their friend Stoney who went to jail “for obvious reasons;” and their fifteen year old nephew who was born in their parents’ bathtub. This tune is immediately reminiscent of Gregory Alan Isakov—an act they have played with—in that its arrangement features gorgeous interplay between finger picked, acoustic guitar and banjo arpeggios. Once again, the women showcase an adeptness for lush, intricate vocal harmonies, and manage to achieve a unique, unison effect in their decision to approach everything as a pair. Another set of fabulous lyrics explores the lives of these three inspirations, each on their own trajectories, and ties their varying circumstances together with an uplifting chorus of “Shine on”, a reminder that no matter where we find ourselves in life, we are just where we are meant to be, as our essence, our possibility, and our worth never leaves us.

Preceding the final song, there is plenty more charming, sibling banter ranging from their love of the Dirty Dancing soundtrack to talks of their ever growing canon of original music—all of which you should check out. Laurie explains what inspired her process in writing this last tune, “Try As I Might Do,” which included hearing the doubled parts in her head and deciding to innovate by incorporating the clawhammer banjo style onto a nylon string guitar. With both performers being on classical guitars, there’s an automatic soothing quality to the arrangement, which brings to mind artists like Iron and Wine and Sufjan Stevens. They, once again, employ their characteristic vocal harmonies over a haunting melody that seems clearly rooted in traditional folk music, specifically that of the Appalachian mountains and subsequent resurgence among the sixties folk movement. It is a tune of bruised acceptance. The lyrics seem to indicate a narrator who has come to a sort of bottoming out place—admitting that she is not at her strongest and that her efforts to forget the sources of her pain have proven futile. However, it is not a song of self abandonment, but rather a relatable, vulnerable song of coming back home to oneself even in the wake of devastation.

All in all, the Shook Twins gave us a performance that was both emotionally impacting and comforting. Here we have identical sisters that naturally possess a thorough understanding and appreciation of each other. As was mentioned in earlier, however, whereas the fact that they are twins certainly aids in the effectiveness of their collaboration, it is not the determining factor in what makes them extraordinary, rising stars. Instead, that comes from: their undeniable talents and their clear commitment to the truth of themselves—as well as the places where that truth overlaps. With Shook Twins we are given a first hand look into what it means to be both raw and human, and to be supported and understood down to our very DNA, for in this performance, and throughout their creative endeavors, it seems the resounding message is: we are family.