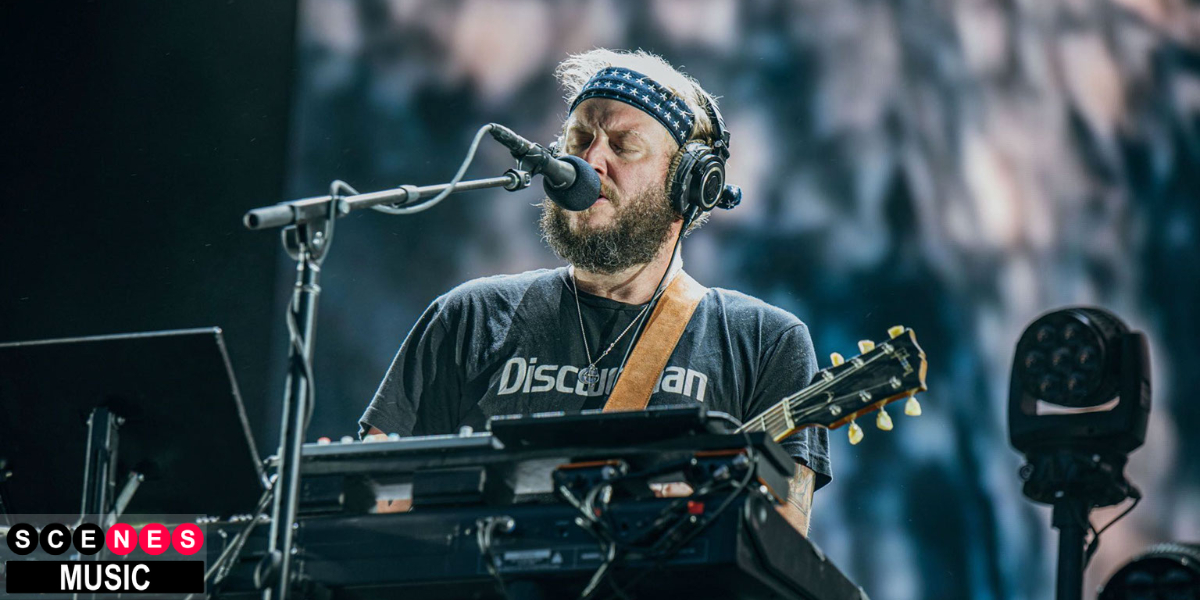 Where are the songs of spring? Ay, Where are they? Think not of them, thou hast thy music too— “To Autumn” John Keats

As the sweltering bombast of summer has begun its annual descent towards the desolation of winter; as the creeping night gradually overtakes the late afternoon hours and the air is imbued with a chilly crispness; we pull our jackets out from the back of the closet, look to the leaves, golden in their twilight, and we realize: fall has arrived.

Just as summer fulfills the promise of spring, the fall forces us to look back on the year’s splendor and reminds us that all things must run their course. It is a season of gratitude, introspection, and sentimentalism. The triumphant forms of warmer months recede to reveal their own frailty but also the transcendent spirit of things. We look back; we prepare to say goodbye; and we cling to the hope that what is lost will be returned to us again in due time.

Here at SCENES, we pride ourselves in bringing you up to date entertainment news and live performances by some of music’s burgeoning talents, all in an effort to guide you through the various scenes, and seasons, of our world; and fortunately, a lot of great music has been written in the spirit of fall. Here’s a playlist of songs that have spoken to me in my many autumns, and I hope they will serve as worthy companions to you too. In it, you will find tunes by towering icons as well as a few by artists who, I believe, could be the icons of tomorrow—many of whom we’ve been lucky enough to have performed on the SCENES platform.

So light your apple cinnamon candles, sip your pumpkin spice coffee, and fall into fall—see what I did there?

“Marion,” Bon Iver— In 2019, Justin Vernon and Bon Iver finished their four album cycle, each record catered to one of the seasons. Last year’s i,i was their fall record, so I can think of no better place to start. Having gotten to see the band four times live (so far), I can wholeheartedly say these guys are the real deal. In the context of this playlist, I think of this as the long, centering inhale of crisp fall air—an effect Bon Iver has mastered.

“Why Should We,” Sun Brother—I can almost smell the fall in this new single by Nashville based artist, Sun Brother—a stage name for Billy Toulson. The production, which features cascading lines of folk instruments atop synth elements and layers upon layers of ambient harmonies, immediately conjures The Fleet Foxes and the polyphony of autumn in the woods. This tune, self produced by Toulson, is just one in an ever growing canon of unique and impressive Sun Brother releases. This is an artist you want to keep up with. “And life carries on, or life stumbles on, as it begun.” It doesn’t get any more fall than that.

“Autumn Tree,” Milo Greene—L.A. based indie pop quartet, Milo Greene, closed out their 2012 self titled record with this gem. Though the band has gone on to release two more great records, this tune blows me away in its ability to be both vast and intimately vulnerable. To me, it is another tune reminiscent of The Fleet Foxes in its ambience, but also of Jeff Buckley in its raw intensity. As it is a song about being stuck in the revery of love and time gone by, I consider it quintessentially fall—and not just because autumn is in the title.

“Weather2020,” Molly Parden (feat. Charlie Whitten)—SCENES was lucky enough to have Molly Parden perform live in late September, and man was I blown away. She is as unapologetically authentic as she is talented. The tune I’ve chosen for my fall playlist is a 2020 rerelease of a song off of her 2016 EP With Me in the Summer. This new version features another Nashville based rising star, Charlie Whitten. The tune is somber in spite of being uptempo, and Parden’s deceptively sweet vocal delivery paired with a Knopfler-esque guitar line combine to achieve a longing melancholy that, to me, is distinctively fall. “I’ve been watching the weather where you are to see where it is that you’re taking my heart.”

“Leaves that are Green,” Simon and Garfunkel— This one needs no further context than to say: this is, in my opinion, America’s greatest songwriter at his best. It’s a classic Paul Simon penned ode to dissolution and the transient nature of life. “And the leaves that are green turn to brown.”

“The Ridge,” Julian Taylor—Taylor also appeared on SCENES this year, and what an honor it was to have him. His traditional Americana styling, paired with a voice that conjures such greats as Jim Croce and Leonard Cohen, make his haunting tunes both infectious and intimate. For this playlist I’ve chosen the eponymous tune off of his 2020 record. Here we have all the ingredients of a perfect autumn driving song: a haunting pedal steel laden arrangement, a hypnotic train beat, and a lyric that places us directly into the mind of someone out on a rural stretch of land seeing his memories and his life drift by on an inexorable and unrelenting wind.

“Dead Leaves on the Dirty Ground,” The White Stripes—Jack White has far outgrown his Detroit garage rock roots, but The White Stripes remain as iconic as they were in 2001 when this tune was released. With someone as multi-talented and experimental as Jack, you never know what you’ll get, but there’s no denying he and Meg laid it all out on the table in this one.

“Black Widow,” Year of October—With this being a fall playlist, we have to cover Halloween somewhere, right? Rising blues rock tour de force, Year of October, cover that basis and then some. I mean, come on, it’s even in the name. “Black Widow” was released as a single in 2020 preceding the release of a new full length record “Wastelands” coming on October 9th. The new album was all based around the premise of Stephen King’s The Dark Tower series, and it promises to be just another confirmation of the group’s love of all things eerie and their unbridled ability to rock. They are a group to watch, and I can’t imagine a fall playlist without them.

“Moondance,” Van Morrison—North Irish master poet, Van Morrison managed to take all of the magic, sensuality, and mysticism of a fall night and put it into a four and a half minute song. Fifty years later, every night still remains as marvelous as ever to listen to “Moondance.”

“Pray For Rain,” Kristen Englenz (feat. The Blind Boys of Alabama)—Another SCENES alumni, Kristen Englenz, moved from Georgia to Nashville where she has steadily established herself as a powerhouse and an artist in the truest sense of the word. This tune, a song of introspection and a hard won hope that better days lay ahead, was released as a part of her February 2020 album ingénue. It features the legendary Blind Boys of Alabama, and its focus on looking forward in the wake of hardship by experiencing kinship with nature makes me look at the autumn trees in a new way. In the context of this playlist, I hear Englenz’s anthem as a reminder that the cycling of the seasons can be just as much about cleansing as about loss.

“The Curse,” Josh Ritter—As a songwriter myself, you can quote me as saying that Josh Ritter is one of the rare few who just might be too good at storytelling. Seriously. The level of complexity and craft sometimes feels like enough to singe my eyebrows. This song is a perfect example. Here we have a five minute song telling the tale of an archaeologist discovering a sentient mummy and their subsequent love affair. As the mummy grows in vitality and prestige, it comes at the cost of the archaeologist’s decline. On the surface, the plot might seem ludicrous, but let me tell you, it is as compelling as it is heartbreaking. “She asked, ‘Are you cursed?’ he said, ‘I think that I’m cured,” and he kissed her and hoped that she’d forget that question.”

“Frances,” CF Watkins—Watkins also graced SCENES with her presence just a week ago. Gearing up for the release of her album Babygirl on October 16th, we were treated to a performance by a woman overflowing with talent and poeticism. After watching her, I immediately went and listened to her previous releases and came across this gorgeous ballad. “Frances” is a delicate and haunting tale of a person grappling with the juxtaposition of wanting to feel that her longing is her own, while still realizing that the object of that longing is romantic companionship with a lost love. It is a feeling many of us know that just seems all the more relatable in the context of fall. “I don’t want to go into the night, into the night all alone, and I swear I saw you float right outside my window.”

“Nothing Left,” Brian Milligram—Milligram, a Nashville based New York native, may still remain undiscovered at large. However, on his 2015 album Dead Letters he proved in eight songs to be deserving of inclusion amongst the greater lineage of such folk punk icons as Billy Bragg and Frank Turner. This particular tune, an autobiographical retelling of the death of his grandmother and the subsequent struggle to grieve the loss is, at once, deeply personal and also universal in its courageous vulnerability. This sparse song about remembrance and the human tendency to try to forget seems to pair perfectly with the fading leaves.

“Not Dark Yet,” Shelby Lynne (feat. Allison Moorer)—First off, yes, this is the Bob Dylan tune. However, as I know Dylan’s voice isn’t everyone’s cup of cinnamon tea, I thought I would use this spot to highlight a 2017 duet version by two of Americana’s acclaimed modern performers, who happen to be sisters. Shelby Lynne and Allison Moorer, in their sweet and traditional approach, do this classic proud. Here, legendary Nobel Laureate, Dylan is at his best: weaving stanza upon stanza of bonafide poetry, telling the story of a person coming to terms with the impending dark.

“Autumn Town Leaves,” Iron and Wine—Honestly, in their universal yearning and ambiance, I feel like just about any Iron and Wine song could be said to characterize autumn. However, this one, released on his 2018 Weed Gardens EP, has been a fall staple since first I heard it. Sean Bean, once again, delivered a dreamy, watercolor portrait of our various futile, but natural, longings, as we attempt to navigate the inexorable circumstances of the human condition. All of this is set against the scene of a town where the leaves fall aimlessly in autumn.

“Summer’s End,” John Prine— October 10th would have been John Prine’s 74th birthday, but tragically in 2020, songwriting lost its patron saint to COVID19. As such, I can think of no more fitting end to this playlist. This song released on his Grammy award winning final album Tree of Forgiveness shines through with the simplicity, genius, and kind heart of an icon who may be gone, but will never be forgotten. This fall, every fall, and all the days in between, this folksinger will remember him fondly.