Jerome Fontamillas has been doing this music thing for a while now. It started in southern California where Fontamillas, a Filipino immigrant, formed the groundbreaking Christian industrial band Mortal with Jyro Xhan in 1988. A few years later, that partnership led to the electronic-influenced alternative rock outfit Fold Zandura.

Neither band enjoyed substantial commercial success but did manage to wield great influence on the Christian independent music scene and its young up-and-coming artists. Take San Diego-based trio Switchfoot, for example, who shared the stage with Fold Zandura on a regular basis.

In 2000, Jon Foreman, Tim Foreman, and Chad Butler asked Fontamillas to join them on tour. Three years later, he was officially added as the band’s fourth member (a roster that would later grow to five with the addition of guitarist Drew Shirley). Fontamillas made an immediate impact on Switchfoot’s ever-evolving sound. His synth-heavy sensibilities added a depth of range that has been evident ever since.

Now, nearly 20 years later after Fontamillas’ arrival, Switchfoot has become an industry mainstay as one of those rare bands to be welcomed into both the Christian and general markets.

SCENES co-managing editor Chad Bonham has been following Switchfoot from the beginning and was eager to catch up with Fontamillas whom he has known since 1996. The topics of their conversation included Switchfoot’s steady pace of productivity, the band’s unique relationship with NEEDTOBREATHE, how Fontamillas’ lesser-known musical past still finds its way back into the studio, and how cancer changed everything.

SCENES: One thing I’ve noticed is that you guys take your time with albums and don’t feel pressured to release digital singles all the time. What led the band to settle into that steady pace?

Fontamillas: We built our own studio in San Diego and we can go in there anytime we feel like we have a cool idea. We can lay down the tracks and let it sit. We don’t have to make a finished product right away. A lot of the songs we release were written years earlier. We let them sit until its time. When it comes to the pacing, a lot of the songs we present, we make sure they’re carefully made. It takes time for stuff like that.

SCENES: Is the pacing also related to the band members wanting to have normal lives?

Fontamillas: Oh yeah, for sure.

SCENES: Your 2015 tour with NEEDTOBREATHE seemed to be the natural pairing of two bands that have found a unique lane and have been able to impact both the Christian market and the general market.

Fontamillas: There was a really good connection between our bands. They’ve come from the same place. They want to be able to express their faith in a real way. It just made sense. And the cool thing is, we made such a strong bond that we’ve worked with them past that tour. On this new album, Bear (Rinehart) had a big part on one of the songs. That connection throughout the years has been pretty cool.

SCENES: We’re in an age of declining record sales. It’s the digital age. Artists are finding new ways to make a living. It is almost like a return to the early days and you have to hustle a little bit harder and be more creative in finding ways to this music life sustainable? 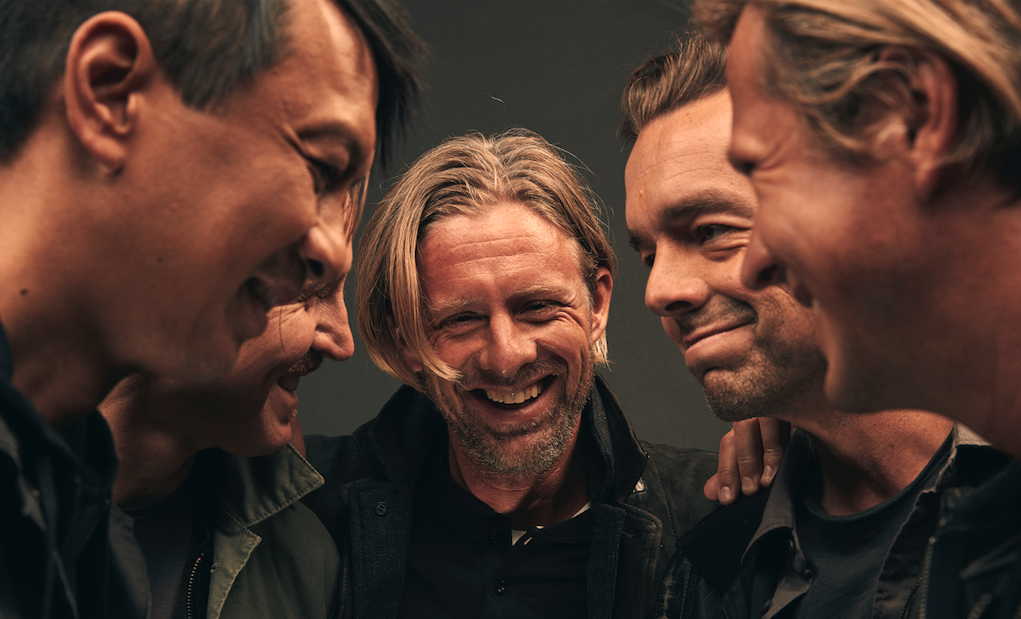 Fontamillas: Yes and no. We’re very fortunate that we started in a time when CDs were a big deal. We were able to grow a big audience that has their music in their homes. In that sense, we built up a really good fan base. But yet, no one buys CDs anymore so now you take your fan base and move towards streaming or iTunes or Spotify and see where it goes. You’re always trying to redefine how to get your music out there. I think the music industry is still figuring it out.

SCENES: What were some of the thematic inspirations for the new album “Native Tongue?”

Fontamillas: We write these songs over a long period of time, but when we put the album together, that’s when the theme starts popping up. “Native Tongue” was coming together in a time when we were seeing a lot of hatred, a lot of division in the world. The theme was put together to say, “Let’s get back to the roots of what love is all about.”

SCENES: Sonically, it felt like you were pulling from some modern day inspiration but there also seemed to be some homage being paid to past Switchfoot albums—like a collection of the coolest sounds the band has produced over the past 10 years.

Fontamillas: What’s funny is, when you do these albums, all these ideas pop up. There are five guys that have these different influences. For me, it’s a lot of British influences and shoegazing back in the day. Drew brings in an element as a Led Zeppelin fan. Tim loves Paul McCartney and the Beatles. You bring all these elements and it makes for an awesome song when you have all these people coming together. It’s pretty cool.

SCENES: There’s one song on the new album that sounds like you were paying homage to Fold Zandura.

SCENES: Yes! It was like you’re channeling your inner Fold Zandura and nobody knows what’s happening to them!

Fontamillas: I knew it! I knew it! When we were working on that song, I was putting in that vein but not because I was trying to let people know I had this band that had this vibe. I didn’t want to push that in there, you know. It was like, “Hey, let’s try this and this.” I kind of steered them in that direction. And that’s not the first time I tried to put a little Fold Zandura into one of songs. On the “Hello Hurricane” album, we did this song called “The Sound” and we tied in a lot of Fold Zandura chord progressions. It was really cool.

SCENES: How much do the guys in the band know about your old band?

Fontamillas: They know a lot. Fold used to open up for Switchfoot back in the day. 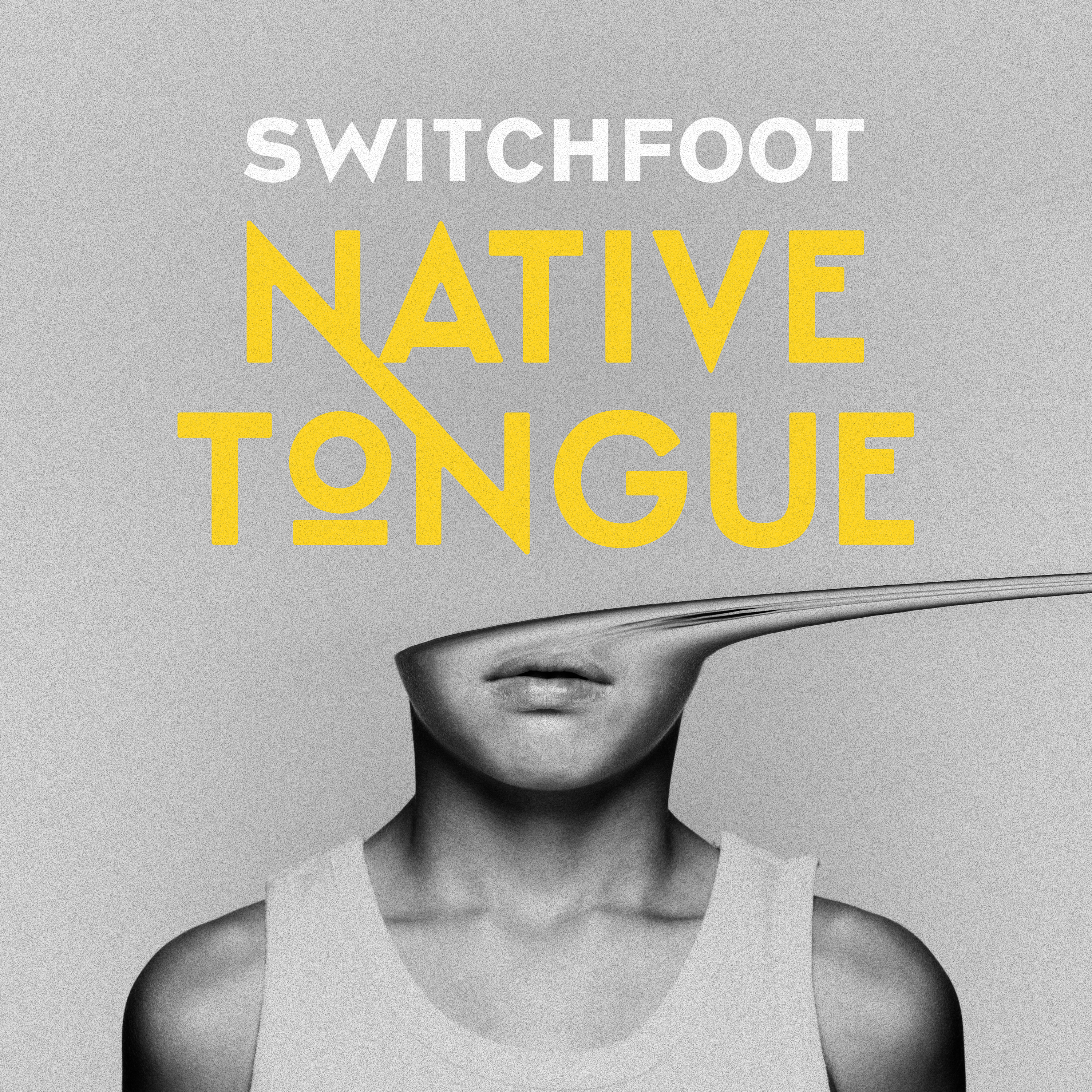 SCENES: “Joy Invincible” is a powerful song that invokes hospital imagery. It seemed ironic that you recently went through something that required you to deal with something similar to the scenes created in that song.

Fontamillas: It’s odd because that song was written a while ago. I didn’t find out about my diagnosis until a few months ago (late 2018). Jon and Tim write a lot of the lyrics. They write something that might mean one thing but it can take on a whole different meaning when something like what I went through happens. You latch on to it differently. Jon writes these thematic ideas that are very general. Then, when I found out about my diagnosis, it was like “Woah.” This easily could have been written for me.

SCENES: Where are thing at with your health today?

SCENES: Nobody deserves cancer, but there are some people that especially don’t deserve—some of the coolest and kindest people like you. A lot of people, myself included, were praying for you. I was really glad to hear that you came through it. How did your sickness test your faith and what did you learn about yourself after you come through the other side?

Fontamillas: You never want to have that talk with the doctor where they come up to you and say, “We have some bad news.” Leaving the doctor’s office—that dark feeling. My life is on the line. There are all those emotions that come to you. “Is this it?” It’s daunting. But because my faith is so important to me, it was the first thing that I latched onto. For people that don’t have that hope, it would be hard for them. That was the thing that held me together. That’s what pulled me through. It’s hard but you hold on for dear life.

SCENES: How did you process the difficult nature of telling people close to you that you had cancer?

Fontamillas: Telling my family—that was the hardest part, but having my family there also helped a lot. When I told the band about it, they were shocked, but they told me right away that they were there to support me. My family and the guys were a big part of helping me get through it.

SCENES: How do you hope to use your experience to inspire and encourage Switchfoot fans that can relate to what you went through?

Fontamillas: When we did the album release, I was well enough to play an hour or two, so I went to it and performed with the band. It was like a celebration. Afterwards we had a meet-and-greet. We have people come up to us all the time and tell us that different songs have helped them get through things in their life, but I didn’t realize how many people were going to come up to me and tell me their cancer stories. We’re connecting on a very personal level and the songs we’re singing push it a little bit deeper. It’s a little more meaningful. The songs that we sing are connecting so much more. Songs like “Let It Happen,” which is another powerful song that we wrote a long time ago. So now, I can connect with some of our fans on a deeper level. It’s really encouraging, but because I’ve gone through cancer, I feel like my heart is just a little bit heavier. It’s sobering. But sometimes I wonder in the back of my head if God put me on this path because I need to be here for those people. I think I realize that now. Maybe that’s what I needed to go through because there’s a path that God needs me to be on. But it’s not easy. It takes a toll. That weight is so crazy.