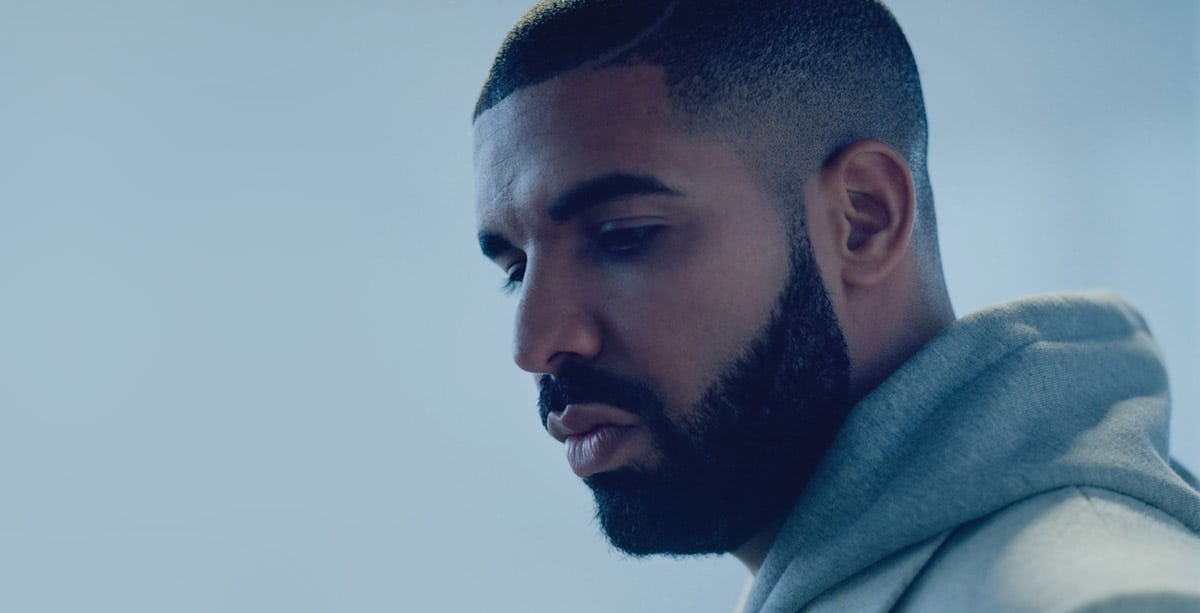 I can’t talk about Drake’s video for “God’s Plan” without talking about the ENTIRETY of his insanely successful, won’t-stop summer soundtrack – his freshly released, record breaking album, Scorpion.

I thought I loved Drake for his new album, Scorpion, then I watched the video for “God’s Plan” (no wonder it’s nominated for Best Music Video) … and yes, he “might go down a G.O.D.”

I went into listening to his latest album –  Scorpion, which dropped June 29 – hating on Drake.

I don’t even know why; I just had this feeling like, yeah this album is going to be exactly what I expect it to be: Something that makes me feel justified to hate on Drake.

Apparently, Drake was aware of this vague, yet seemingly infectious sentiment. When I saw the “About” section of Scorpion as I downloaded it on Apple Music, I was like … Wait, how did he know:

“I HATE WHEN DRAKE RAPS

DRAKE SINGS TOO MUCH

DRAKE IS A POP ARTIST

DRAKE DOESN’T EVEN WRITE HIS OWN SONGS

DRAKE DIDN’T START FROM THE BOTTOM

DRAKE IS AN ACTOR

So that woke me up to the fact Drake was already onto me (little did I know, I didn’t stand a chance). Drake knew I was skeptical. He knew he had to to prove me wrong [spoiler alert: HE DID]. But still, I felt cynical of his ability to do so as I first pressed play.

The first time I listened to the album, some of the songs had me thinking my skepticism was justified: This was a gunshots in the background, actin’ super hard, rappin’ with vague references to violence and depreciation of women sort of mix, with lyrics where the guy says, “hire some help (help), get rid of these n*ggas” as in the album’s “Mob Ties” and the girl says, “I need that black card and the code to the safe” as in “In My Feelings.”

But then I listened to the album again. Many, many, more times.

And I wasn’t the only one listening to the album. If anyone else had any doubt about Drake, like me, it wasn’t the kind of doubt that kept one from betting on the album by buying it: Scorpion spent five weeks at No. 1 on the Billboard 200 with a record SEVEN songs on the Billboard Top 100, one of 11 records the album shattered, including Most Simultaneously Charted Hot 100 titles (27, breaking his own record of 24 he set with his last album, More Life), Biggest Streaming Week for an Album (745.92 million on-demand audio streams for Scorpion songs in the U.S. during the album’s release week), and Most Simultaneous Hot 100 Top 10s (including the No. 1 song).

Whose record does he break for Most Simultaneous Hot 100 Top 10s? Oh, The Beatles. NBD.

As I listened to Scorpion more, friends and the internet filled me in on Drake’s “beef” with Pusha T and Kanye, and how that had fueled much of the album’s defensive, then redemptive tone. I began to listen more closely, and compassionately, to the lyrics of the album’s 25 songs – one of which is “God’s Plan” – (yes, the album is prolific … two “discs” … if we used discs anymore), and I couldn’t help but realize …

Drake is being super real, his rhymes and beats and vibes are intoxicating, and I think, yes, I do believe: I love this album.

Had I watched the video for “God’s Plan,” back when it came out in February (currently at 781 million views – closing in on that billion mark), I would have gone into listening to Scorpion much differently – AKA LOVING DRAKE.

The “God’s Plan” video opens with the text: “THE BUDGET FOR THIS VIDEO WAS $996,631.90/ WE GAVE IT ALL AWAY./ DON’T TELL THE LABEL…” Followed by a montage of Drake giving money and possibilities – cars, shopping sprees, scholarships, groceries, toys – away to people who never would have access to such lavish, and even basic, resources.

This video gave me hope for humanity (not even exaggerating), and it showed me: Not only does Drake have a big heart, he shares the love, which means it’s real.

Now a 2018 MTV Music Video of the Year candidate, “God’s Plan” music video is directed by Karena Evans, who I now love because she also directed the mesmerizing video for my absolute favorite song on the album – “Nice for What” as well as the “Upset”/Degrassi Reunion video (which I’ll get to) … thank you, Karena Evans.

But seriously, as far as feels go – feeling so good and hopeful and cup-runneth-over with JOY at the beauty of LOVE and KINDNESS —-

So even without yet knowing the backstory, this line still hit me hard. My two friends with whom I most discussed Scorpion – Ashley and Ryan – both, separately, cited this same line as the first comment they made about the album – it’s that powerful. Here it is:

In “Emotionless,” Drake responds to Pusha T with the line:

“I wasn’t hiding my kid from the world/I was hiding the world from my kid.”

He goes deeper in his confessional comeback on “March 14” – the album’s final song: “Single father, I hate when I hear it/I used to challenge my parents on every album/Now I’m embarrassed to tell ‘em I ended up as a co-parent/Always promised the family unit/I wanted it to be different because I’ve been through it/But this is the harsh truth now/And fairy tales are saved for bedtime stories I tell you now.”

Drake redeemed himself from my wary, subconscious disapproval of him.

But what’s sad is that I’d even come to hate on Drake in the first place, casually casting away my longstanding loyalty to him à la Degrassi.

Luckily, my friend Ashley helped take my revived love for Drake to the next level by turning me on to Drake making one of his Scorpion music videos a FULL BLOWN HIGH SCHOOL REUNION FOR DEGRASSI!!!As a devoted middle-school-girl lover of this show (Jimmy for life), seeing “Upset” – one of my favorite songs on the album – set to all my long-missed characters from one of my most-devoted teen drama shows all grown up, well, it nearly brought me to tears. Fellow Degrassi lovers, you don’t need to be told to watch the “Upset”/Degrass High School reunion video without delay.

So Drake giving all that love to Degrassi and making an album with which I gradually became obsessed, well, I’m officially a fan of Drake now, okay? I wouldn’t go as far as to say I’m on board with overhauling a national monument to pay tribute to Drake, as he raps in “Survival” – “My Mount Rushmore is me with four different expressions” – but I’m definitely behind his artistic endeavors. I’m also behind his humanitarian endeavors as exemplified in his “God’s Plan” video.

Far and away my top Scorpion jam to ride or die to is “Nice for What.” I turn this song up and listen to it on a loop – on my headphones struttin’ through the airport, windows rolled down on the highway, in front of the bathroom mirror doin’ my hair up for the day.

My other favorite songs is “That’s How You Feel” (this music video is unbelievable dance flow by HotDamniRock ), on which Nikki Minaj drops some hard, boss lady rapping that made me like her more than I’ve ever liked her before.

And you’ve definitely got to get on “In My Feelings,” another of my favorites to which to chill, and a choice selection for many as it has sparked a worldwide dance competition – check out Will Smith’s contribution below …

Last day in Budapest. I woke up #InMyFeelings I’ma Keep It ?… I was TERRIFIED up there. That’s why my dance moves is all STIFF! Haha #InMyFeelingsChallenge #DoTheShiggy . Be smart, don’t attempt doing this under any circumstances. . ?: @jas @aidan @aaronjonferguson

In “Into the Wild with Kanye West,” a June New York Times piece by Julian Berman, Kanye replies to Berman’s question about fear Kanye had to cleanse himself of. Kanye says it was a fear of, “Losing ‘ruler,’ ‘king,’ ‘crown.’ And it was this thing where it’s like O.K., you’re not the No. 1 rapper, Drake’s the No. 1 rapper.”

When Kanye calls you the No. 1 rapper, is anybody arguing?

As Drake says in “God’s Plan” – “It’s a lot of bad things … they wishin’ on me” … and after listening to and watching this album’s songs and videos closely and keenly, I have to say, Drake, I’m sorry. From now on, I’m only wishin’ good things on you.

And check out what SCENES Star DJ Bay from SCENES Media’s “Best Music Video Ever” has to say about “God’s Plan.”