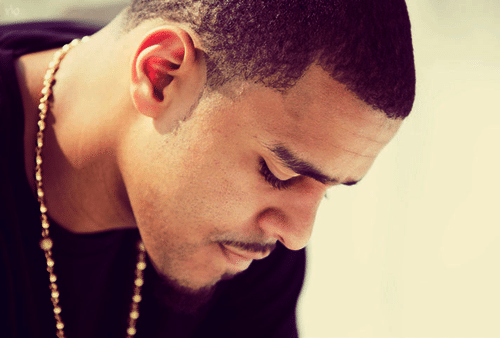 “Listening to Drake’s new album today, and all I could think about was how real J Cole’s message is,” my friend Ryan texted me yesterday.

J.Cole, who is setting out next week for his KOD Tour with Young Thug, released his new album KOD on 4/20 this year. His song “1985” peaked at No. 22 on the Billboard 100 back in May. But see, as exemplified by his lyrics in 1985, J.Cole’s a little more concerned about being real and lasting than about pimping what’s popular. Which is why his new album is still giving us revelations through the Summertime… and will be, I would wager, for quite some time. 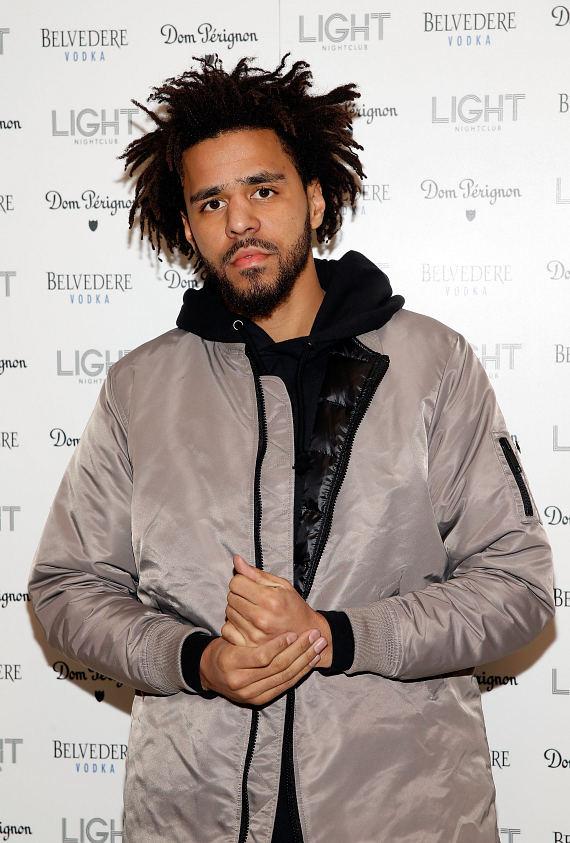 He lays it down for some young gun rappers who apparently thought they were cool enough to hate on J.Cole, and tells them to get their priorities straight: “…you havin’ fun and I respect that/But have you ever thought about your impact? … One day, them kids that’s listening gon’ grow up/And get too old for that…”

Until listening to J. Cole’s new album – KOD – his only song I knew was “No Role Modelz” from his 2014 album Forest Hills Drive. I blared that song on repeat, feeling so seen by the line “don’t save her, she don’t wanna be saved.” Exactly, J.Cole, I don’t wanna be saved – please, tell ’em, so I don’t have to.

So a couple weeks ago when I heard he’d dropped a sweet new album – I know, pretty late to the party – I was like, “Sick!” … “Wait, who’s J. Cole again?” Then I remembered “No Role Modelz,” and its lasting impact on me led to the immediate download of his whole KOD album – all 11 songs. Clutch decision, folks.

This album, as my friend Ryan also appreciates, is just that real real. It’s poetic and it’s raw; it’s a brave baring of the soul of J. Cole. He’s writing and speaking from the heart. He’s telling it straight, drawing on events from his own life – specifics that actually went down with his friends and family. He’s writing about social issues, political issues, artistic issues, even spiritual issues. He’s not sugar coating or glossing over or trying to hit on what’s hip – he’s telling it like it actually is, and then preaching on how he thinks it should be.

In “FRIENDS” – one of the album’s best songs, and a song that couldn’t possibly be more different than Beyonce and JAY-Z’s new song of the same name with the same all caps – J. Cole raps, “I wrote this to talk about the word addiction…/I hope you listening … / I know you say it helps and no I’m not trying to offend/But I know depression and drug addiction don’t blend … One thing about your demons they bound to catch up one day/I’d rather see you stand up and face them than run away/I understand this message is not the coolest to say/But if you down to try it I know of a better way/Meditate…Don’t medicate.”

How’s that for a message our world needs to hear? Let me say it again: “Meditate, don’t medicate.” Can we go ahead and make this a country-wide campaign? This is the kind of message that strikes a chord desperately needing to be struck just now, and J. Cole’s album is full of these kind of hard-hitting, spot-on messages and take-aways, gleaned from hard experience.

In “Once an Addict,” he writes about his mom, and you can hear the ragged pain and desperation in his voice: “I gotta leave this house ’cause part of me dies when I see her like this/Too young to deal with pain/I’d rather run the streets than see her kill herself … I wish that I could say the right words to cheer her/I wish her son’s love was enough … Little did I know how deep her sadness would go/Lookin’ back, I wish I woulda did more instead of runnin’.”

He conveys complex stories, emotions, and issues in his songs – ones that don’t have a simple solution or happy, easy ending, but are ongoing, and blurry, like real life.

In “KOD,” he says he “stacked a few M’s like my last name was Shady,” and it hit me that he was more like Eminem not in terms of millions made but emotion evoked; not in terms of money, but a realness that means relatability for you, the listener.

J.Cole’s new album is made up of tracks anyone genuinely going through a hard time – AKA living life as a real live human being – can listen to and feel like someone gets it/him/her.

I don’t feel like a balla BA listening to this album so much as I feel like someone gets me on a level deeper than circumstance. Because when it comes to circumstance, lemme tell ya, it probably doesn’t get much more disparate than J. Cole and this girl.

But isn’t that the mark of a true and lasting artist? … Someone who writes authentically, divulging the bloody details of his own story, but in such a way that allows the listener/me to find myself – my own struggles, my own story – in his lyrics?

Listen to J.Cole’s new album, and be seen.