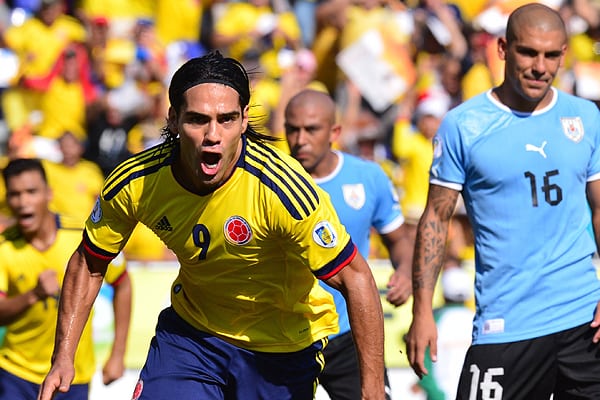 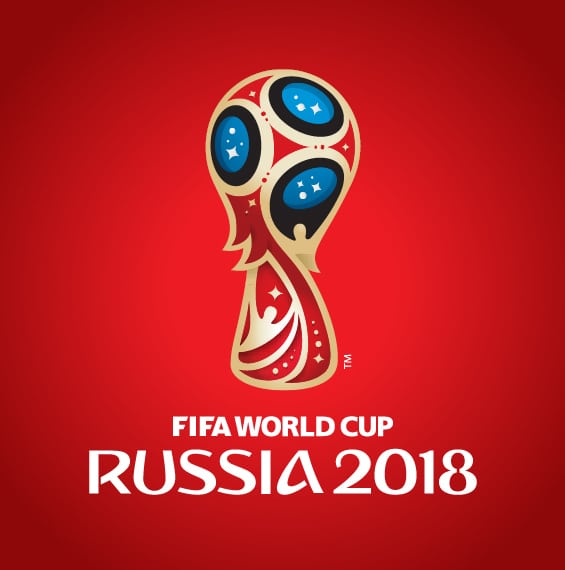 The 2018 FIFA World Cup is like no other sporting event on the planet. Every four years, hundreds of thousands of fans gather in one nation (this year it’s Russia) and millions more watch from home as their beloved footballers compete for international supremacy.

But for many of these elite athletes, soccer (as it’s called in the United States) is only one part of who they are, and a closer look away from the pitch reveals the inspirational parts of their lives that too often go unnoticed.

So while most media outlets will be simply talking about gravity-defying goals, acrobatic saves and electric game-winning moments, SCENES is sliding headfirst into the hearts of the game’s biggest stars. 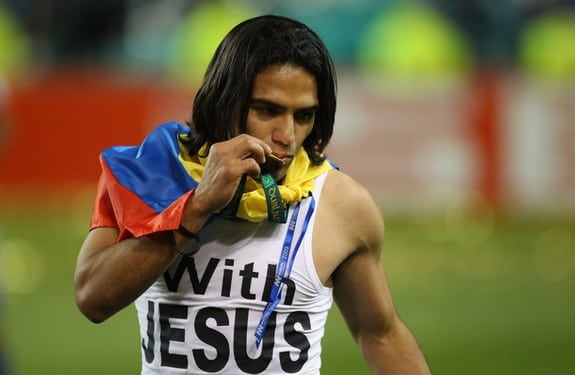 Radamel Falcao (Colombia) has been playing soccer professionally since he was 13 years old. Nearly 20 years later, the international superstar known as “El Tigre” has consistently been one of the soccer world’s most recognizable figures. Falcao led the Portuguese club Porto to the 2011 Europa League title and became the first Columbian to receive the Portuguese Golden Ball award.

And while Falcao is also Columbia’s all-time leading goal scorer, fans back home are just as appreciative of his efforts away from the field. In addition to his fundraising work for the Soccer With Heart Foundation, he has been named a United Nations Goodwill Ambassador and uses the platform to raise awareness for the struggles that people in his home nation face.

For Falcao, it’s all part of a much larger purpose that believes is evident in his life.

“God knows the dream of my heart, of being able to play and leave a lasting impact for the future,” he told Sports Spectrum. “I would like others to see what God can do in the life of a man who has accepted Jesus Christ into his heart. I want others to see the power of God at work in my life and recognize that this is possible for them too.” 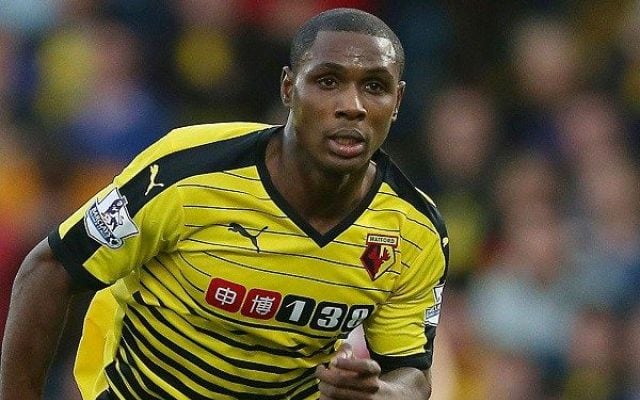 Odion Ighalo (Nigeria) is part of a growing contingency of elite international soccer athletes who have been steadily emerging from central and western Africa. He has taken his talents to professional leagues in China, Norway, and Granada, but has made the biggest impact as a star for country at the World Cup level.

Even more importantly for Ighalo has been his ability to give back to the most vulnerable people in Nigeria.

“My family are number one,” he once told reporters. “Every month I send money back home to them, but I also send donations to the less privileged because I come from poverty. I send money to kids, to schools, and I’m taking care of around 45 widows, women who have no husbands, and I’m trying to start a charity organization to give something back. I know what it is like to have nothing. Now, I’m okay for money. I only spend what I have and don’t live beyond my limits.” 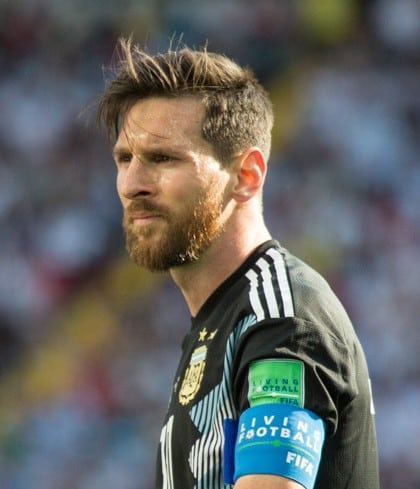 Lionel Messi (Argentina) is arguably one of the greatest to play the game. As his nation’s all-time leading goal scorer, he led Argentina to gold at the 2008 Beijing Olympics and guided his team to a second place finish at the 2014 World Cup in Brazil. Messi has also been a dominant professional athlete with Barcelona where he has won nine La Liga titles, four UEFA Champions League titles and six Copas del Rey.

But before rising to worldwide stardom, Messi had to overcome a growth hormone deficiency as a child and an injury-riddled early career. Those triumphs have helped the megastar keep his priorities in check, which has informed his involvement with numerous charitable organizations such as UNICEF, Doctors Without Borders, and his own non-proft group, the Leo Messi Foundation.

“For my part, I try to do my bit to make people’s lives more bearable,” Messi once said, “in particular children across the globe who are having problems.” 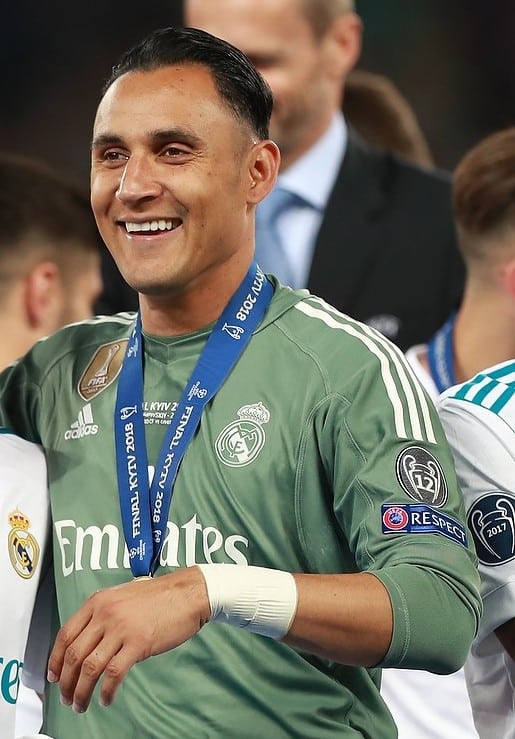 Keylor Navas (Costa Rica) is considered one of the greatest goalkeepers playing the game today. His status on the global stage has continued to rise thanks to stellar performances with Real Madrid where he was the starter during the popular club’s 2017 La Liga and UEFA Champions League titles in 2017.

Now competing in his second consecutive World Cup with Costa Rica, Navas aims to raise awareness for various charitable causes like he did last year when he took the field with his head shaved as a tribute to “all the children around the world suffering in (the) hospital.”

Navas routinely participates in fundraisers for charitable organizations and spends time bringing cheer to patients at places such as the Nino Jesus University Childrens Hospital. While attending the grand opening of its renovated pediatric oncology unit, he thanked the doctors, administrators and funders with an inspirational message.

“Keep fighting, be strong, because there’s always great reward,” he said. “Seeing beautiful things always brings a smile to kids’ faces, regardless of the situation they are in”. 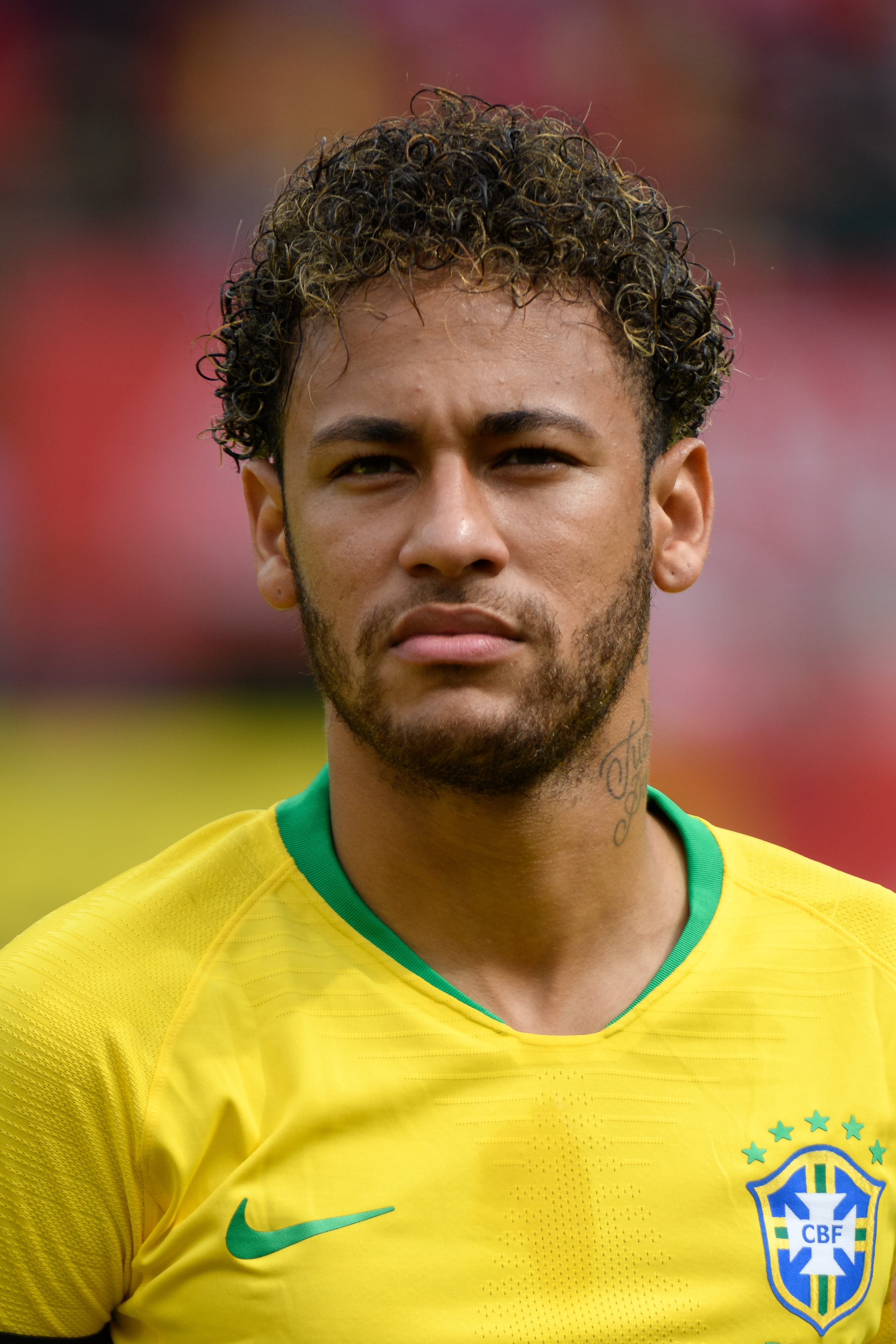 Neymar (Brazil) represents yet another remarkable link in his nation’s incredible chain of success. Best known for his time playing for Barcelona with Lionel Messi and Luis Suarez, he has also remained one of Brazil’s most prolific international scorers including 56 goals in his first 88 matches, which ranks third behind legends Pele and Ronaldo. His on-field leadership also guided Brazil to gold at the 2016 Rio de Janeiro Games and silver at the 2012 London Games.

But it’s off the field where Neymar has made the biggest impact. He donates 10 percent of his multi-million dollar income to his church back home and organizes an annual charity match with fellow Brazilian soccer star Nene in order to feed impoverished families.

In 2014, Neymar opened The Instituto Projecto Neymar Jr. (INJR) near his childhood home. There, over 2,400 children are given access to physical activities to help their social development.

“The love I get from the kids, the conversations we have… it gives me strength to return to Barcelona and keep running after more trophies,” he told reporters at the time. “It makes me really happy to do something for these kids and their families.” 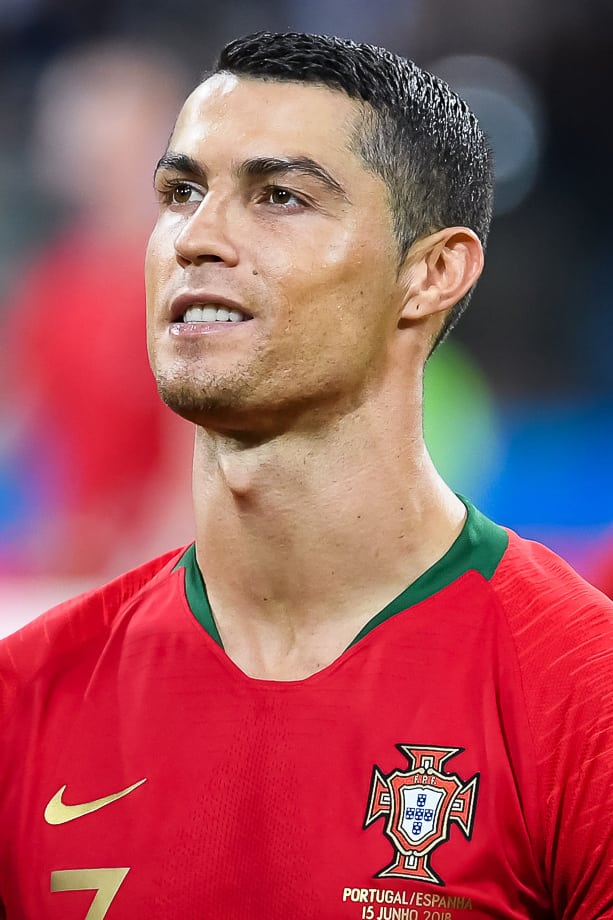 Cristiano Ronaldo (Portugal), like Lionel Messi, is widely considered to be one of the greatest players the game has ever seen and arguably the most famous worldwide athlete of our time. Ronaldo has won 26 trophies throughout his career playing for iconic teams such as Manchester United and Real Madrid. He has also won a record-tying five Golden Ball awards as the FIFA player of the year.

At the age of 15, Ronaldo required surgery to treat a racing heart condition. His ability to overcome adversity at a young seems to have contributed to his current day attitudes about philanthropy and charity. Ronaldo has donated and helped raise funds for those affected by the 2004 Indian Ocean earthquake and tsunami as well as the 2010 Madeira flood. He has also served as an ambassador for Save The Children and The Mangrove Care Forum in Indonesia and been involved with other charitable organizations such as Aid Still Required, Cahonas Scotland, UNICEF, and World Vision.

“My father always taught me that when you help other people, then God will give you double,” he said in 2013. “And that’s what has really happened to me. When I have helped other people who are in need, God has helped me more.” 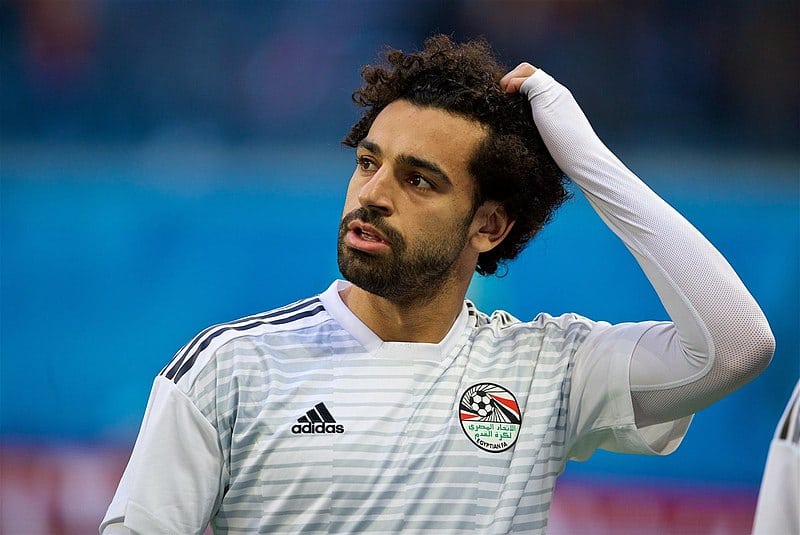 Mo Salah (Egypt) isn’t just one of the greatest soccer players to emerge from the Northern Africa region. His name is often listed in conversation with some of the world’s current greats such as Lionel Messi and Christiano Ronaldo. Most noted for his play with the English club Liverpool, Salah has also put the Egyptian national team on the map.

Considering Salah’s humble beginnings in the poor city of Nagrig, his rise to fame on the international soccer stage is even more impressive. Playing in Switzerland earlier in his career, he won the SAFP Golden Player Award before joining Chelsea in the Premier League. Then, after signing a record-breaking contract with Liverpool, he won the Premier League Golden Boot.

But Salah hasn’t let success change him. Instead, he’s used his wealth and influence to impact change in Egypt. He has donated to regeneration projects in his old hometown and helped establish a much-needed medical clinic, gym equipment for the community center, and a soccer field for his old school. Salah has also financially supported a fund to assist retired Egyptian footballers and once partnered with Liverpool FC to host a boxing event that benefited autism research and awareness.

“It’s a big responsibility,” he told CNN. “I feel it. This is my life, it’s an easy life. It’s not complicated. I have nothing much to do during the day but it’s a responsibility in the end.” 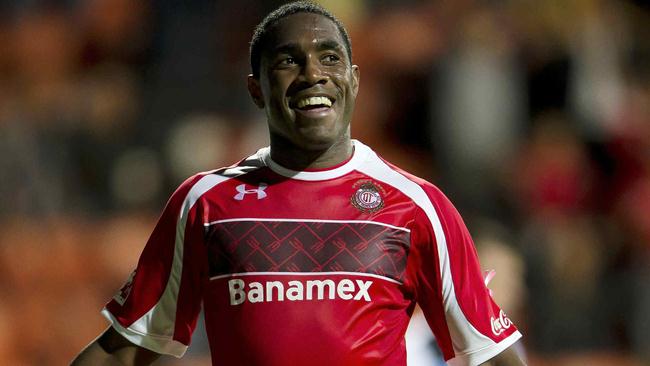 Luis Tejada (Panama) stands tall as one of his nation’s most prolific athletes. He has played all over the world in locations such as Columbia, the United Arab Emirates, Mexico, Peru, and the United States. The leading scorer in Panamanian team history, Tejada is most proud, however, of leading his home nation to the World Cup

Perhaps that is due to his difficult upbringing in one of Panama’s toughest communities. He grew up seeing many of his friends eventually end up in prison or dead. Soccer has clearly changed Tejada’s life and he hopes to inspire others to rise above their circumstances and become something better.