Everything Is Love: Beyoncé And Jay-Z’s Magical Super Team-Up 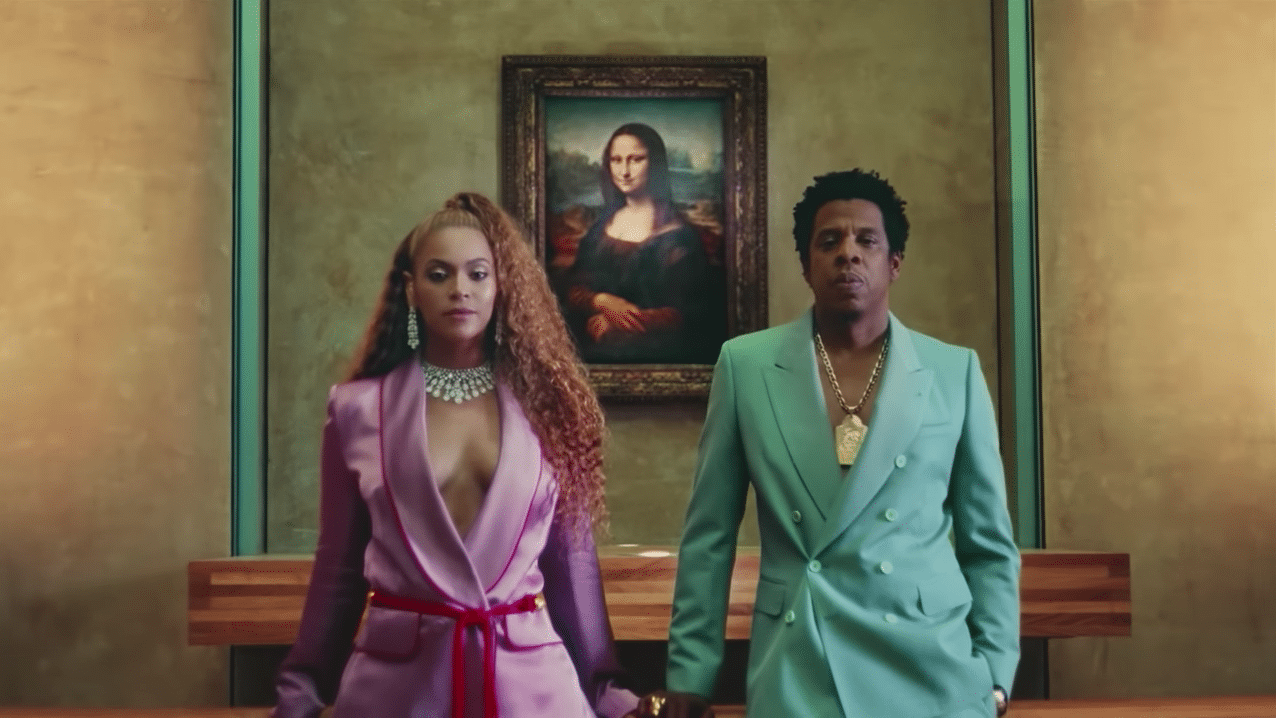 Everything Is Love: Beyoncé And Jay-Z’s Magical Super Team-Up

Did you hear? Beyoncé and JAY-Z put out a new album. It is sick.

And if you don’t know, now you know.

The Carters, of course, knew it would be sick – no hype needed. Without any lead up, the couple released their-self produced album “EVERYTHING IS LOVE” on June 16. Didn’t take long for the world to catch on.

Released on June 16 to set it off for the new album, the debut music video currently has over 49 million views. You should probably go ahead and go watch it if you haven’t[explicit lyric warning]. Let me tell why: IT’S SHOT IN THE LOUVRE. Yes. Because Beyoncé and JAY-Z would like us to know – that’s what they do. They clear out the entire Louvre and shoot music videos in one of the world’s most treasured public spaces like its their own private magical kingdom.

As JAY-Z so poignantly in “Heard About Us” – about fame: “…has its perks too, ain’t it?/Shootin’ videos in the Louvre, ain’t it?”

“Heard About Us” is a must listen. As Beyoncé knows and points out, there is “no need to ask – you heard about us.” Hard to think of anyone else in the world for whom this statement is truer for than Beyoncé and JAY-Z Carter. 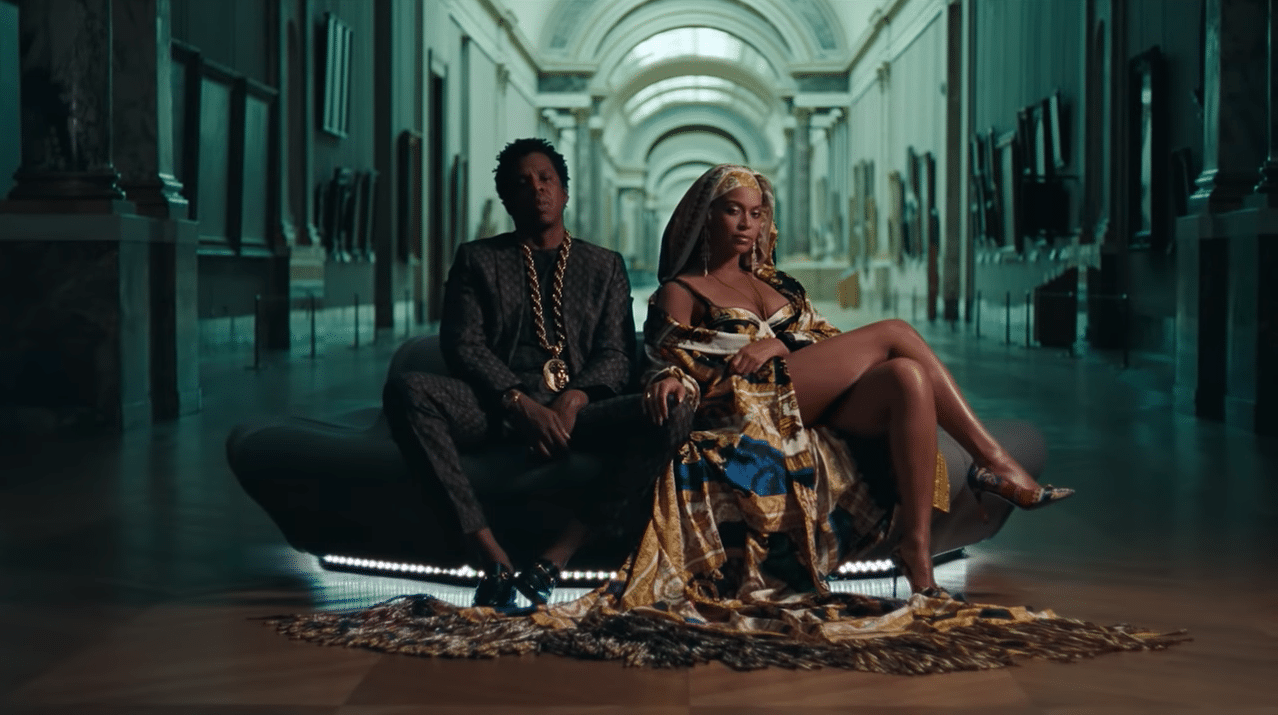 But! Here’s why I love it: Nothing about this strongly confident-bordering-on-arrogant stance in the album makes me feel like, uh, okay Carters, I know all your stuff better than mine. No!

Instead, it makes me feel like it all is mine. I feel like the songs are about me, and listening to them, swimming in their beats, I feel as strong as Beyoncé and JAY-Z must feel laying them down.

I’ve listened to the album as much as possible slow rolling through the main street of my tiny hometown in rural Wyoming, all four windows down, whole car vibrating visibly. I’ve been too busy being cool as B to look and see if anyone’s noticing my sick beats; do you think Beyoncé would check to see if everyone’s seeing how her outfit is literally killing it? No. She’d write a song called “I know you saw me.”

There’s not necessarily a lot of social commentary going on in this album. The rapping is more about family than politics, more about feeling good than all the bad in the world. But, jamming out to the album, something makes me feel all of us getting a big dose of real, deep, self-appreciative self confidence would indeed help do some good for the bad in this world.

I love Beyoncé’s lyrics in “Nice;” instead of feeling conceited, to me they feel empowered: “I’m so nice/I’m everybody type…I’m better than the hype/I give you life,” rings strong alongside the song’s main chorus: “I can do anything.”

There’s something raw and wild … almost savage … about the vibe of the whole album, especially from Beyoncé. She emits roaring, snarling, growling, and/or howling noises in at least three songs.

When she asks if you’ve ever seen a crowd go crazy, immediately followed by a “RAWR,” I feel fierce. I sing along, riding on Beyoncé’s power of having seen a crowd go wild from a stage, since I haven’t… but when Beyoncé asks me that question, I know she’s going to answer it for me.

Beyoncé’s vibe on “EVERYTHING IS LOVE” comes off masculine. Her voice is low and husky, raspy, hard, in most of her lyrics in almost all the songs. Maybe more so than “masculine,” she is redefining “feminine” with her flavor on this album – making it rougher and tougher. And I’m into it. With “Boss,” it’s pretty clear who the boss is, not just in the super-couple’s relationship, but also in the world: YONCE.

But there are a couple songs, like “Nice,” where Beyoncé sounds exactly like the Weeknd. Just saying.

In the end, the question at the crux of this album is simple: Were we cool with JAY-Z being on this album, or would we have preferred ALL Beyoncé, ONLY Beyoncé?

You know, I love JAY-Z’s line in “Heard About Us,” he says, you “…don’t know B, she don’t even need a whole name/It’s Beyonce … Oh my God.” It’s that “Oh my God” I love because you know it’s the way he has to talk about Beyoncé when he just sees her anywhere, ever, all the time. It’s that “Oh my God,”  like, are you kidding me? I can’t even.

But Beyoncé’s not kidding. And I’m not either, about this: I would absolutely listen to and love a Beyonce album with JAY-Z on it – say, this one – but I probably would not listen to a JAY-Z album sans Beyonce.

Here is what SCENES Star Izzo has to say about the iconic video in the Louvre:

That being said, I’d like to end this article with a serious throwback to the GOOD OL DAYS … of Crazy In Love, where it all began. YOU’RE WELCOME.

Beyoncé, Crazy in Love, Everything is Love, Jay Z, The Carters, The Louvre, Virginia Schmidt