Are We Ready to Kill Bad Agendas Instead of Our Children?

Home Culture Are We Ready to Kill Bad Agendas Instead of Our Children? 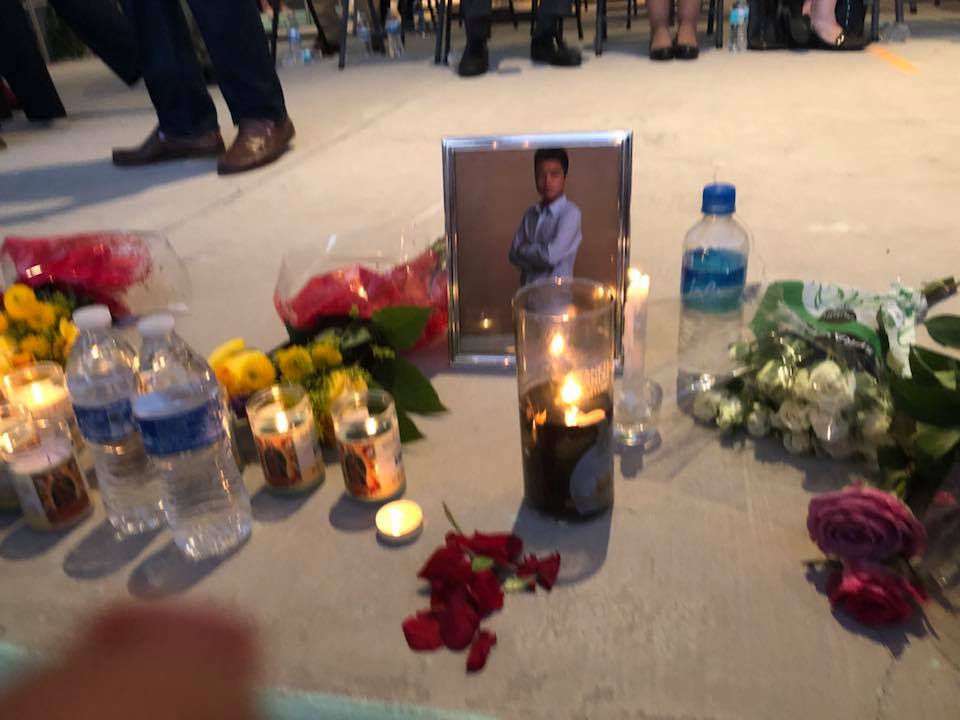 Are We Ready to Kill Bad Agendas Instead of Our Children?

After the horrific school shooting at Marjorie Stoneman Douglas High School in Parkland, Florida left 17 dead and many more traumatized, the same tired chorus of self-interested ideologues stood up like proud peacocks morbidly draped in the blood of innocents declaring that their agendas could have saved the children.

Whether it was those anti-gun lobbyists who SOLELY blame this tragedy on the availability of guns or the peculiar pro-gun supporters who blame lack of school security and argue for more guns, it seems evident those groups will never learn because they don’t want to.

The upside is a that whole lot of others do want to learn this time around. People are starting to talk about figuring out why this nation has an inordinately high number of mass shootings.

Andrew Pollack’s daughter Meadow was murdered at the Parkland high school. His comments at President Trump’s White House meeting with families who lost children at school shootings are so rational, practical and compelling that ABC News featured them on Facebook. “I’m very angry that this happened because it keeps happening,” said Mr. Pollack. “How many schools, how many children have to get shot? It stops here with this administration and me.” Please watch the video below.

Immediately after the shooting, the very emotive, sincere and vocal Fox News anchor Shepard Smith called for an end to the insanity and a start to the conversation.

“It’s astounding, isn’t it? … We have all the resources in the world, and we can’t figure out why this happens in our country and it doesn’t happen everywhere else. Forget your political arguments. Why can’t we come together as a society and say, ‘We’re going to study this; we’re going to research this; we’re going to put our best and brightest together’? Put them all in a room, give them funds and give them whatever they need to figure out why are our children killing each other more in the United States than anywhere else in the world.”

I saw Smith as a journalist not judging, critiquing or inciting conflict, but inspiring and calling for us to come together to solve this. I see his statement as an amazing thing.

Even more amazing were the powerful words of 17-year-old David Hogg – an extremely honest, sensitive and articulate student survivor of the tragedy who said what we all feel.

“Blood is being spilled on the floors of American classrooms and that is not acceptable,” Hogg told The Washington Post.

He reported on the event when it happened and continued to speak out openly and honestly, NEVER claiming to know the answer but calling for real conversation.

“What we need to do here is to come together not as Democrats or Republicans, but as Americans, and work together to solve this issue through love and compassion,” Hogg eloquently insisted.

This hopeful and precocious young man succeeded like few others to cut through the crap to simultaneously appreciate the real complexity of this saga while also awakening us to the simplicity of the first step of the journey.

“I know the Republican take on this is to have more mental health checks, I know the Democrats’ is more gun control. Personally any step that we can get through right now by working through bipartisanship, by working through our differences and getting through the polarization that we’re facing right now. We can make an actual change. And who knows? Maybe we’d save some children’s lives.”

Out of the mouths of babes!

Where to Start
So, what’s the answer? Start listening: especially to people like Andrew Pollack and David Hogg who have something real to say about these events because they experienced them.

Or like Rachel Jupin: someone who actually prevented tragedy from happening.

Rachel was the teacher who prevented a massacre, thanks to the student who blew the whistle on it. It was just a couple of weeks after the horrible attacks on 9/11 left this country reeling, when a band of deranged high school students in New Bedford, Massachusetts were planning an attack on their brother and sister students. It could have been an attack that paralyzed the nation.

“It was going to be just like Columbine,” recalled Rachel when I interviewed her a few years back. “But only ‘bigger and better,’ as they put it. Somehow they convinced themselves that they could earn the love and respect of the world this way.”

Yet it didn’t happen because Rachel listened. Literally. Every day she stayed after school for students who wanted to come in and talk about something, anything.

That’s how she met Amy Lee Bowman. Like Rachel, Amy was from a fatherless family with a mother who didn’t have time for her. Amy had been shipped from school to school and town to town. She was searching for a shelter from the storm, and she found refuge in Rachel. Before long Amy was spending a whole lot of time talking with her teacher.

One day Amy broke down in tears and told the teacher that her friends were planning an intricate, detailed and well-planned Columbine-style massacre at their school of 3,250 students.

It came down to Amy’s horror at the thought of her favorite teacher getting hurt or murdered, even if she had to risk retribution for being a snitch.

After confiding in Rachel, Amy confessed to authorities and told them everything she knew. Together their efforts helped the FBI to round up the suspects.

“Every year I meet another Amy,” said Rachel. “We can prevent a lot of problems if we take the time to hear what our children are telling us they need.”

Sounds like a good idea. And it sounds like a whole lot of sincerely motivated people across our nation from parents to teachers to psychologists to law enforcement officials to media and even our politicians at the highest levels are starting to do exactly that. Thank God!

Here is grieving father Andrew Pollack’s compelling plea to all Americans. Click the lower speaker button to turn on the sound.