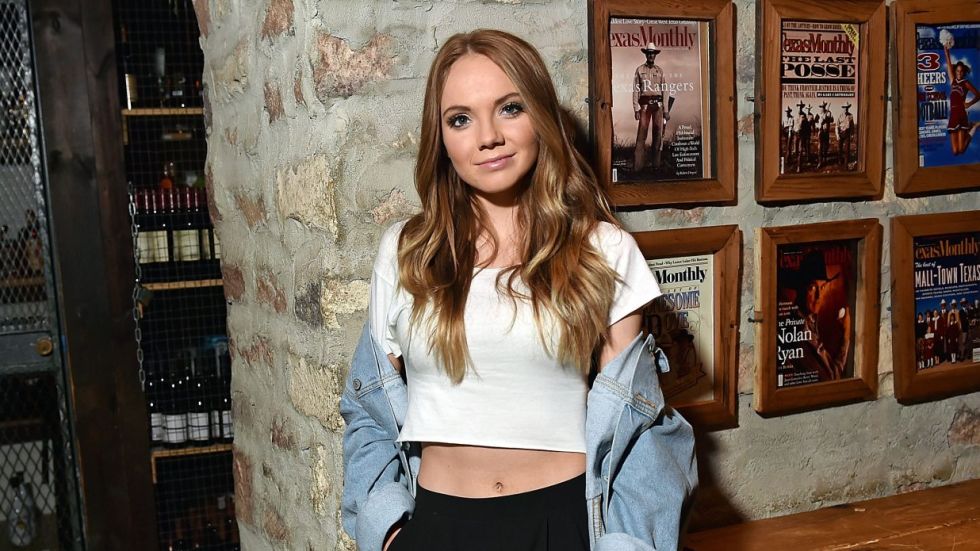 In 2013, fresh-faced teenager Danielle Bradbery won the singing competition The Voice by revitalizing both classic and contemporary country songs with a powerful voice that belied her youth. Her debut album later that year continued in the same vein, its themes and instrumentation keeping her firmly ensconced in the genre.

Five years later, Bradbery’s voice is still as twangy and gorgeous as ever, but pretty much everything else has changed—changes emphasized by the title of her sophomore album, I Don’t Believe We’ve Met.

Ironically for a performer remembered, for among other things, singing “Who I Am” to an enthralled crowd, Bradbery now says that her early career success gave no indication of who she was. The new album aims to clear that up. Not only does it heavily incorporate the R&B and pop influences that Bradbery says have always been a part of her life, but most of its songs are co-written by the artist herself, often based on her own experiences.

In all honesty, such a trajectory in the career of a young artist is nothing new. For decades, countless talented teenagers have shot to stardom courtesy of prepackaged formulas, only to outgrow and discard the package. What struck me while listening to Bradbery’s new album was that perhaps in this case the growth had happened just a bit too fast, and too painfully.

It’s true that there are some feel-good songs on I Don’t Believe We’ve Met. The lead single “Sway,” for instance, has a cheerful tune and a relaxed, leisurely lyric. And Bradbery can belt out a convincing girl-power anthem (“Worth It”) with the best of them. But other songs give off a melancholy, almost world-weary vibe that sounds more than a little unsettling coming from a 21-year-old. Some of them wouldn’t sound out of place in the repertoire of an artist twice her age.

The lyrics of these new songs, if not always particularly original or striking, do carry an emotional weight and honesty that some critics complained was missing from Bradbery’s earlier music. It takes a fair amount of maturity to understand and to sell lyrics like “I’m not in love with you/I’m in love with your potential.” Or to sing about how the breakup of a relationship affects more than just the people in it, as in “Messy” (“I can’t even think about my younger brother/’Cause he still looks up to you/He’ll lose you too”).

It’s the searing “Human Diary” that goes deepest, lingering in the mind long after listening to this album. The title phrase offers a more compelling and memorable image than most of the other lyrics, but there’s much more to the song’s effect than that. When Bradbery sings of the regrets and bitterness of sharing everything with a guy who leaves (“Now you’ve got a piece of the secret parts of me/Now all my secrets are in another girl’s bed”), many listeners will find themselves saddened not just by the situation she portrays, but, on a far larger scale, by a world that urges young girls to grow up too fast.

Gina Dalfonzo is a writer living in Virginia.