Are The Rolling Stones Really a Top Rock Band? 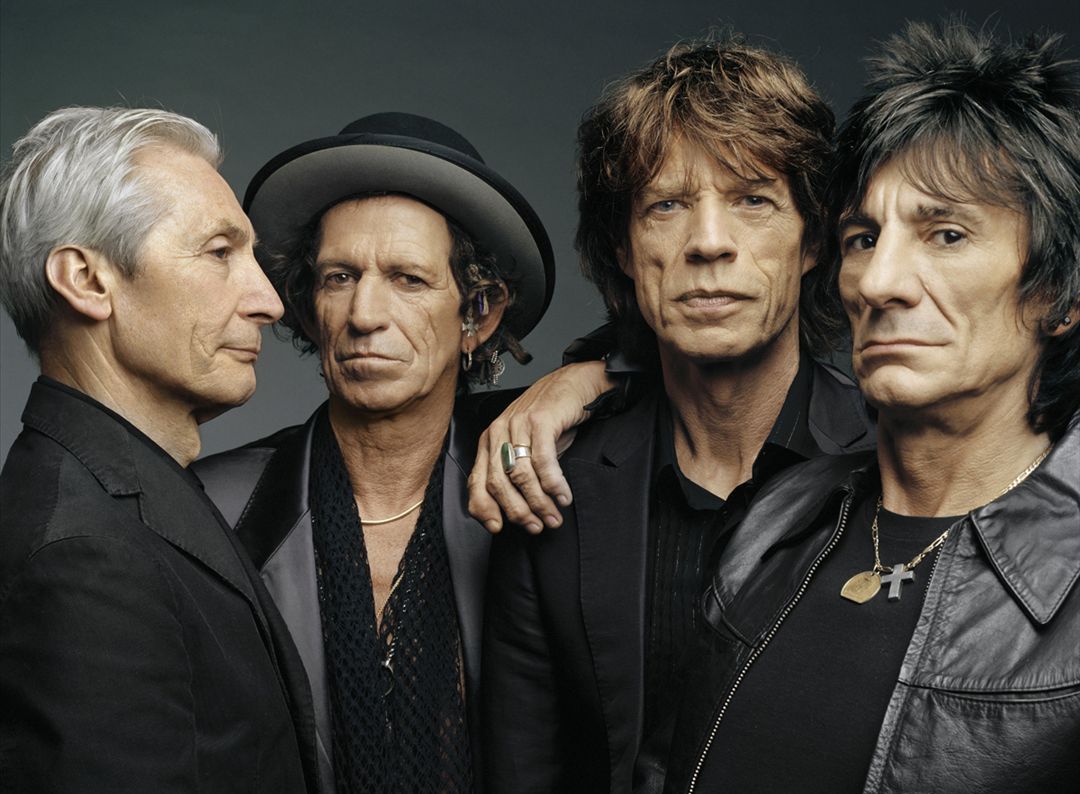 Are The Rolling Stones Really a Top Rock Band?

On September 23, The Palazzo in Las Vegas opened a new exhibition for the public. Entitled “Exhibitionism,” it’s a display of Rolling Stones “artifacts.” Included in the show are an assortment of items related to the group: band members’ guitars, sheet music of their songs, a mock-up of one of their recording studios, clothes, various art works and other assorted paraphernalia. The exhibit has already appeared in London and New York, and it’s been  talked about on the Today show and Good Morning America.

Its stated aim is to provide a broader perspective on the central place in our present culture that was played by a group that presents itself as the world’s most popular band.

But there is a weird thing about the band’s claim to being the planet’s #1 rock troupe: there’s little evidence to suggest that they are. In fact, The Rolling Stones appear to be very far from the world’s most popular musical act, and that raises an array of questions about why this is routinely said to be so, what the group’s accomplishments actually are and what their legacy is.

First, let’s look at their popularity. The best test of a band’s success is album sales. Many wild contentions are regularly put forward about this, but since the recording industry actually certifies sales, it’s easy enough to check the real numbers.

According to Wikipedia, there are at least 29 musical groups or individuals who have had career album sales of at least 100 million records. The Rolling Stones aren’t among them. In fact, the sales figures for many very recent acts greatly exceed theirs. Rihanna released her first album in 2005, and Taylor Swift came out with her first CD a year later. The Stones are now 128 million records behind Rihanna, and almost sixty million records back of Swift. Adele, Katy Perry and Bruno Mars have also outsold the band by tens of millions.

Again, that’s not for recent sales but total career sales.

The Rolling Stones have also been outsold by Pink Floyd, Queen, AC/DC, Billy Joel, Elton John, U2, Kanye West and Whitney Houston. The Stones’ career sales are at the same level as Barbra Streisand. They’re a few strides ahead of Metallica, but around sixty million units behind Garth Brooks. Judged by album sales, if you put Paul McCartney’s solo career together with the Rolling Stones, you about equal what Brooks has achieved.

Or another way to think of it is that the Stones plus Barry Manilow puts you just above Justin Bieber and right around Eminem — although that still leaves you well short of Mariah Carey.

So, if the Rolling Stones are actually among the second tier of rock bands in sales — in a cluster with Metallica, Bon Jovi and Aerosmith but far behind The Eagles and Led Zeppelin — why are they regularly said to be the greatest and most popular rock band since The Beatles? After all, sales figures suggest that the Stones are far lesser figures than Celine Dion, and a little more than half as significant as Madonna.

One argument in favor of The Stones’ claims is that they have consistently been among the highest grossing bands out on tour. But one might make the same assertion in favor of Bruce Springsteen, U2, Aerosmith, Metallica, Elton John, Bieber and Madonna. Their concerts all draw in huge numbers of fans at high ticket prices, too.

So that can’t be the explanation either.

Perhaps the answer derives from two words in the opening of this article: paraphernalia and artifacts. The Rolling Stones released their first single in June 1963 — five months before President Kennedy’s assassination. And more than almost any other famous group of white rockers, they based their music on classic rhythm and blues. While they have occasionally spiced their records up with other influences, this has always been at the core of their identity.

No one in the group is or aspires to be a significant innovator. Even when compared with a rival contemporary band like The Who, they are very limited in their musical aspirations. Where The Who brought in British music hall sounds and Pink Floyd made extensive use of modernist recording studio tricks in the service of “rock opera,” the Rolling Stones have stuck to what they know: 12-bar R&B.

Few of their songs have expressed much in the way of love or devotion. More typically, the band has written tunes about lust, anger, misogyny or other more “transgressive” themes. These were the subjects of such Rolling Stones’ ditties as “Brown Sugar” (desire, interracial sex, oral sex), “(I Can’t Get No) Satisfaction” (anger and resentment), “Let’s Spend The Night Together” (desire, sex), “Some Girls,” “Under My Thumb” and “Beast of Burden” (hatred and contempt for women), and “Sympathy For The Devil” (satanism, irony).

The Rolling Stones were the first pop group to truck in these messages, and Mick Jagger’s lyrics were often clever. The band consciously cultivated its bad boy reputation by making little effort to hide its members’ fondness for narcotics. But novelty, an “outlaw” image and some measure of wit aren’t a substitute for musical excellence. There is no great melodist in the band like Paul McCartney or Elton John. Nor is there a gifted singer like Elvis or Adele.  Mick Jagger isn’t even an especially good dancer, unlike Michael Jackson or Madonna.

The Rolling Stones influence upon our culture has been great. The show gets that right. Yet it has been almost exclusively harmful. The band, to put it bluntly, encouraged many young people to look favorably upon drug-taking and infidelity. This was also the band’s main selling point.

What did that all add up to? Now that rock is just a past musical style — increasingly like be-bop or square dance music — it becomes evident that their artistic legacy was slight. To most young people, Rolling Stones songs are just something that advertisers tack on to provide the backbeat in commercials for cars and liquor. The Rolling Stones are themselves artifacts, ones mostly known for lifestyles marked by a very specific kind of paraphernalia.