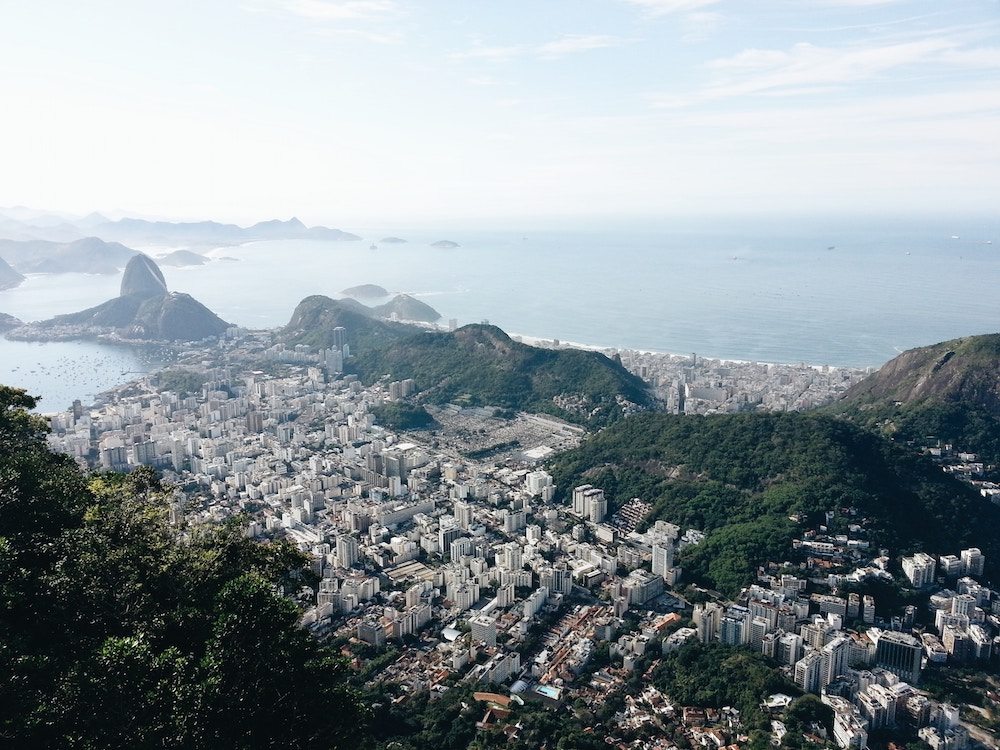 A recent AP news story laments that Rio’s poor would be watching the summer Olympics from their rooftops, since they have no ticket in to a celebration reserved for the rich and glamorous. The article is a peek into the hopes and dreams of the hardworking slum dwellers living in the shadow of Rio’s Olympic stadium, but the story misses something important.

Rio’s poor, like the poor throughout the developing world, lack a much more important ticket. They lack a ticket into the game of wealth creation and enterprise.

That game has not been, and should not be, just for the rich. The market economy is a creative engine that has enabled hundreds of millions of people around the world to lift themselves out of poverty. But to play the game you need property rights, and for all too many around the world, property rights are much harder to get than a ticket to the Olympics.

Why is this a big deal? Here are four reasons why property rights matter — and they are not just economical.

In many developing countries, 50 to 60 percent of the land has no clear title. If you don’t know who owns the land, then you have no incentive to improve and develop it, and it can be easily taken away from you — especially if you are a widow or an orphan. Without a clear title, you also can’t use the land as collateral to get a loan for, say, a tractor or to start a small business.

As Peruvian economist Hernando De Soto points out, the existing assets in the developing world are much greater than all the foreign aid over the few last decades. The problem is that the poor cannot access much of the value of their land without a clear title. What results is lots of potentially productive land that remains unproductive.

Getting Property Rights Changes Your Worldview for the Better

Rafael Di Tella and Ernesto Schargrodsky conducted a very interesting study in a neighborhood in Buenos Aires, where half of the people got a title to their land, while the other half were still waiting to get title. The outcome was purely luck of the draw. The two researchers discovered that having clear title to one’s land actually changed the way that people saw the world.

Those with a clear title to their land had higher levels of trust, lower teenage pregnancy, more concern for education, and a more positive outlook towards the future. While many of their preferences in music and entertainment remained the same as their neighbors, their attitude towards the future and society became similar to middle-class Argentines.

Schargrodsky also argued that he could see a visible difference in the way people who had title cared for their property. He was interested to hear that his findings meshed with the insights of Medieval Catholic philosopher and theologian Thomas Aquinas, who argued that private property is essential, “First, because every man is more careful to procure what is for himself alone than that which is common to many or to all ….”

Stable private property rights also have important political ramifications. One is that they limit the state and check the consolidation of power. They exert this effect in a couple of ways. Most obviously, when property is not owned by the state, but by different private interests, this creates different centers of power and influence that can resist state power.

Private property not only enables private businesses to flourish, it also enables stronger layers of civil society, or what the 19th century French political philosopher Alexis de Tocqueville called “intermediary institutions.” These include schools, private associations, synagogues, churches, mutual aid societies and the like, which create a buffer between the individual and the state.

When families, religious communities, and civil society are weak or non-existent, there are few layers between the individual and the state, and the state begins to absorb more things to itself — ultimately leading to what Tocqueville called “soft despotism.” Tocqueville writes that there are three things which prevent this descent into soft despotism: local politics, civil society (private voluntary organizations), and religion.

Finally, private property is essential for the family, and for religious liberty. Property creates the space for families to live out their freedoms and responsibilities. It enables families to have economic independence and not simply be dependent on others. This space and independence is essential for the religion and culture, for how do you think religion and culture primarily get passed down? Not first and foremost in the church, synagogue, or religious school, but in the family.

Without freedom of the family, there cannot long be freedom of religion, and cultural traditions and patterns get weakened and replaced by the culture of adverting and consumerism.

While Christians and Jews can at times forget the interconnection between family, property, and religion, socialist activists have understood this well. Socialists of every stripe from Marx and Engels, to Robert Owen, Gramsci, the Fabians, and the Frankfurt School all recognize the reinforcing nature of these three things — which is why they always fight to eradicate them. Friedrich Engels, quoting Robert Owen, maintained that there were three primary obstacles to socialist reform: “private property, religion, [and] the present form of marriage.”

As Jewish and Christian teachers and socialist writers all recognize, there is a deep and reinforcing relationship between private property and religion. When private property rights are harmed, families are weakened, religious liberty is endangered, and the door to soft (and hard) despotic states is opened.

At a time when there is increasing suspicion toward free economies and private property — both from secular and religious sources — it is important for those who value such things to not only make the economic or efficiency case for private property, but also to show how it benefits the poor, promotes human flourishing, and protects religious liberty. The right to private property does so because it respects the dignity of the human person — who is made for freedom, made for family, and endowed with the intelligence to solve problems and steward God’s creation.

This article originally appeared at The Stream. It is adapted from a longer essay, Private Property, Religious Freedom, and Economic Development, in the newly released book, One and Indivisible: The Relationship between Religious and Economic Freedom.