Jaipur Living Lifts Thousands Out of Poverty in Villages of India 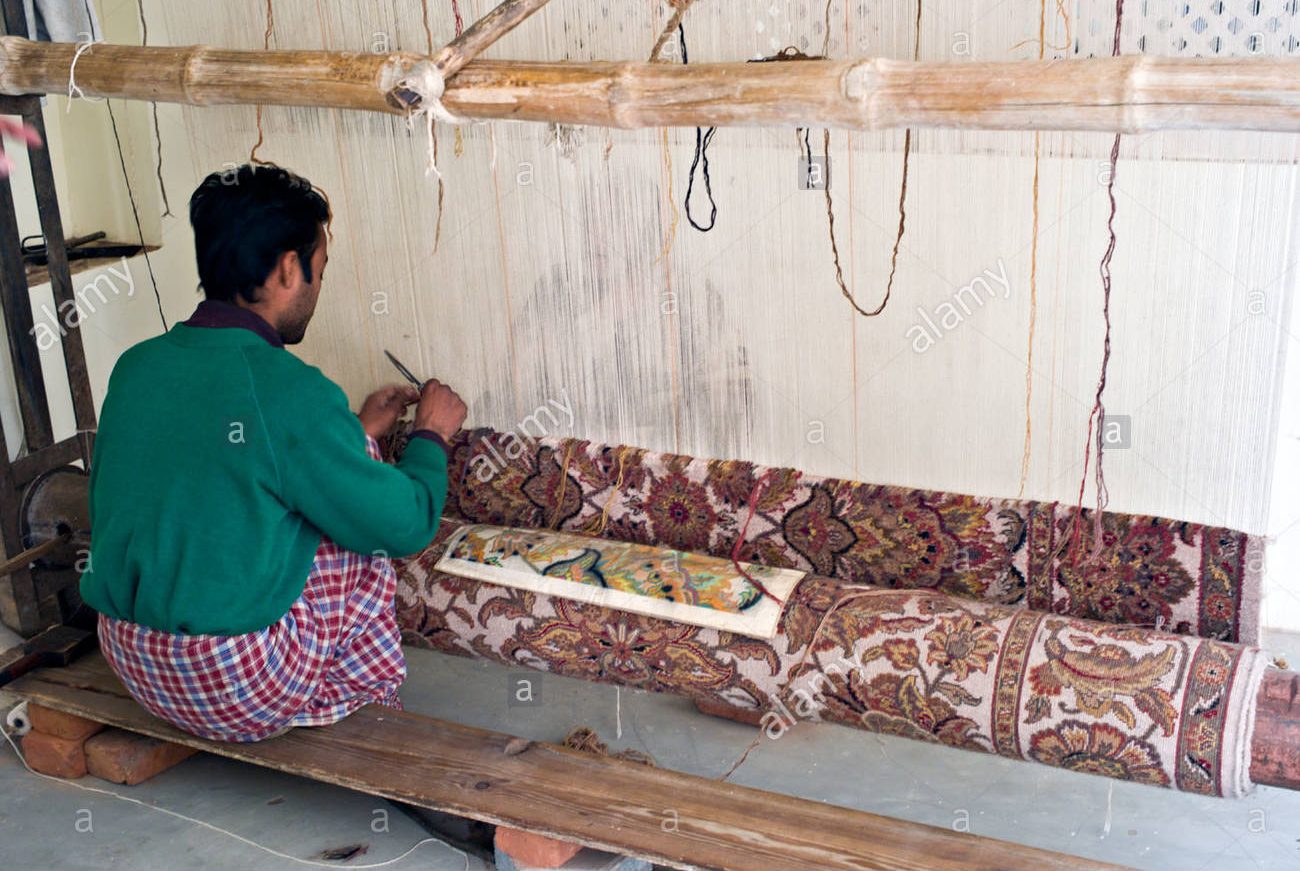 Jaipur Living Lifts Thousands Out of Poverty in Villages of India

I have always been an advocate of for-profit solutions to social issues. My philosophy is this: Give people a way to make a living, not just charity. In this way, your efforts are sustainable, and so are the livelihoods of all the people you touch. That thinking has helped me over the years, first as I learned how to build a business consistent with my values, and now, as I work to sustain it and expand it even more.

Here’s how Jaipur Living got its start: In 1978, I borrowed INR 13,000 (about $200) from my father, bought two looms, and told him I was not interested in a nine-to-five desk job. I got an old bicycle and started traveling to the villages of Rajasthan, living, working, and sharing my time with people in India’s most neglected communities.

I was looked down upon for doing this. I faced a lot of resistance from my own family and neighbors. But I kept asking, “How could these people—the so-called untouchables in Hindu society—be any different than you and me?” The answer was clear: They’re not. And these individuals, like me, were in need of jobs, a way to make a living.

Soon I learned how to weave, and I shared my skills with these communities. But I saw that even after villagers perfected the art of rug weaving, they were still compelled to sell their rugs to middlemen who would pay them only a meager wage—and then turn around and sell the rugs for a premium for export. In 1986, I decided that I would become that middleman, but with a critical difference. Rather than exploit the artisans, I would pay them more for their work and sell directly to customers in Europe and the United States. Essentially, I became an exporter.

My business went through lots of ups and downs before becoming Jaipur Rugs in 1999. (the name was changed to Jaipur Living in early 2016.) On the journey we have encountered many, many hurdles, notably: learning how to scale a business model with a highly decentralized workforce, building a management infrastructure to match, training employees, and financing growth. But we have overcome these barriers, one by one, and now the company is run by my children: my son, Yogesh, who oversees the India office in Jaipur; my two daughters in the United States, Asha and Archana, the CEO and COO, who run the US and international operations; and my youngest daughter, Kavita, who lives in Jaipur and travels regularly. She is the creative genius, designing motifs for our collections that bridge modern styles with those that reflect our heritage.

Perhaps by sharing my experiences I can help other socially motivated businesses succeed as well.

Learning How to Scale

In 1990, after I had set up more than 200 looms in Rajasthan, I moved southward to the state of Gujarat. Here, I concentrated on working with tribal populations. Their customs, way of life, and even language differed from mine. And so at first, it was hard to penetrate these communities. But I stayed with it. After about three years, I could say with confidence that the work was succeeding. By 1999, we had trained more than 10,000 tribal weavers and set up approximately 2,000 looms in the state.

Our success in Gujarat validated a model that could be replicated in new cultures and communities throughout India. But doing so meant building a management infrastructure with multiple layers of accountability. We set out to do that, and since that time, we have established 22 branches in six states. In this way, we can reach remote villages, some of which are far from paved roads and major highways. These branch offices are led by managers who’ve been with the company for more than a decade and started out as weavers. They’re supported by local area commanders who travel to and from our weaver communities and generally live in the same village or nearby. Each commander oversees about 200 looms and reports to the branch managers.

Another key ingredient in our model is our motivators. Their aim is to recruit new weavers, help with weaver training programs in the villages, and inform weavers about programs that can help them (such as health insurance, education, and financial literacy). These individuals often work for us part-time to supplement their income from other jobs. We also ensure that weavers do not have to travel to get the raw materials (mostly yarn and weaving templates). Rather, we have staff that travel to them, as needed, and deliver the materials. This, the weavers have told us, has made the big difference. Because distances are vast in India and travel options for the poor are limited, many weavers could not sustain a home-based operation if they had to travel to obtain raw materials.

I was never interested in building factories or workshops that would require people to travel away from their families. Rather, from day one, I believed in a more Gandhian philosophy of nurturing co age industries rooted in the villages of India.

For example, I saw immense potential in the women of these villages. Living in traditional rural Indian households, women were, and still are, discouraged from stepping outside for employment. And so to tap their potential, the business had to be sensitive to their needs. That’s why our artisans have the freedom to determine their working hours. If a woman needs to tend to her family and children in the afternoon, she can step away from the loom and do so.

The only way that an outside management team could come to understand the fundamentals of our business was by spending time with the weavers.

I see this approach as a way to preserve village life as well. In India, most people living in rural households have two options: stay in the countryside and try to make a modest living, or go to the cities as seasonal labor. We didn’t want people to have to migrate to the cities to work for us. That would negatively affect the family dynamics and the long-term health of the villages. Today, we have more than 7,000 looms across the country, and most are sitting in artisans’ homes.

As the company grew, I realized that I was restricting the growth of the organization because I was everywhere and was meddling in each decision. So I had to remove myself and hire a team of people who could handle the decision making.

At first, though, I often hired the wrong people. The most important values in my life are simplicity, empathy, integrity, and humility. I try to live up to these values and surround myself with people who embody them. Initially, however, I hired people who didn’t reflect these values, and that was a big mistake, perhaps the biggest mistake in the story of Jaipur Living. I brought these professionals on board to work with a massive network of often-illiterate artisans. The groups didn’t know how to connect with each other, and the new hires didn’t try.

I came to understand that knowledge is power, but knowledge gained without practice can fuel egos, and egos don’t collaborate well. I learned that I had to break the egos of the professionals who had never lived in villages, who had in many cases never spoken a different language, and who didn’t know how to weave. What, after all, did they have in common with our talent force in the villages of India? And how could they help strengthen the fabric of the organization if they couldn’t find common ground?

Ultimately, I came to understand that even when I hired people who shared my values, the only way that an outside management team could come to understand the fundamentals of our business was by spending time with the weavers. So to help new hires acclimate, I started putting them through what I call a Higher School of Unlearning. In this process, each of them got to see our supply chain firsthand, experience it, and engage with it. The Higher School of Unlearning has since become an integral part of HR at the company.

When I started this venture, my intent was never to build a large business empire that Jaipur Living has become today. I was not prepared to hire countless people. It’s only with time, as more and more people have joined me in my vision, that I’ve developed confidence in the possibility of Jaipur Living becoming a global brand. What I’ve realized on this journey is that if I can live by my values and impart them to every person who represents our company, then the business can become strong and grow. If I cannot, then it will flounder.

While HR is one critical component of growth and scaling up, finance is another. At Jaipur Living, financing has been a slow, steady climb. We’ve used two primary modes: self-financing from business revenues and loans.

Because the business showed profitability and growth from its early years, we had a relatively easy time securing loans. To date, the company has taken on INR67 crores ($10 million) worth of loans from banks in India to hire more staff, market globally, and purchase the raw materials to make our rugs. Aside from loans, the Grassroots Business Fund, an impact investment fund, initially supported our US operations. That, however, was a onetime investment, and we haven’t gone back to seek out further institutional support. Rather, we’ve relied on our own profitability, with a mix of loans, to nance new projects.

Since the new corporate social responsibility (CSR) law went into effect in India, mandating companies to “give back” 2 percent of net profits to charitable organizations, it seems to me that some businesses have jumped on the CSR bandwagon at least in part to camouflage their past wrong deeds in the hopes of creating goodwill among customers.

This article originally appeared in the Stanford Social Innovation Review and is used for demonstration purposes only.