On Netflix, “Foyle’s War” Reminds Us of the Lessons of History for Abortion Debate

Home Feature On Netflix, “Foyle’s War” Reminds Us of the Lessons of History for Abortion Debate 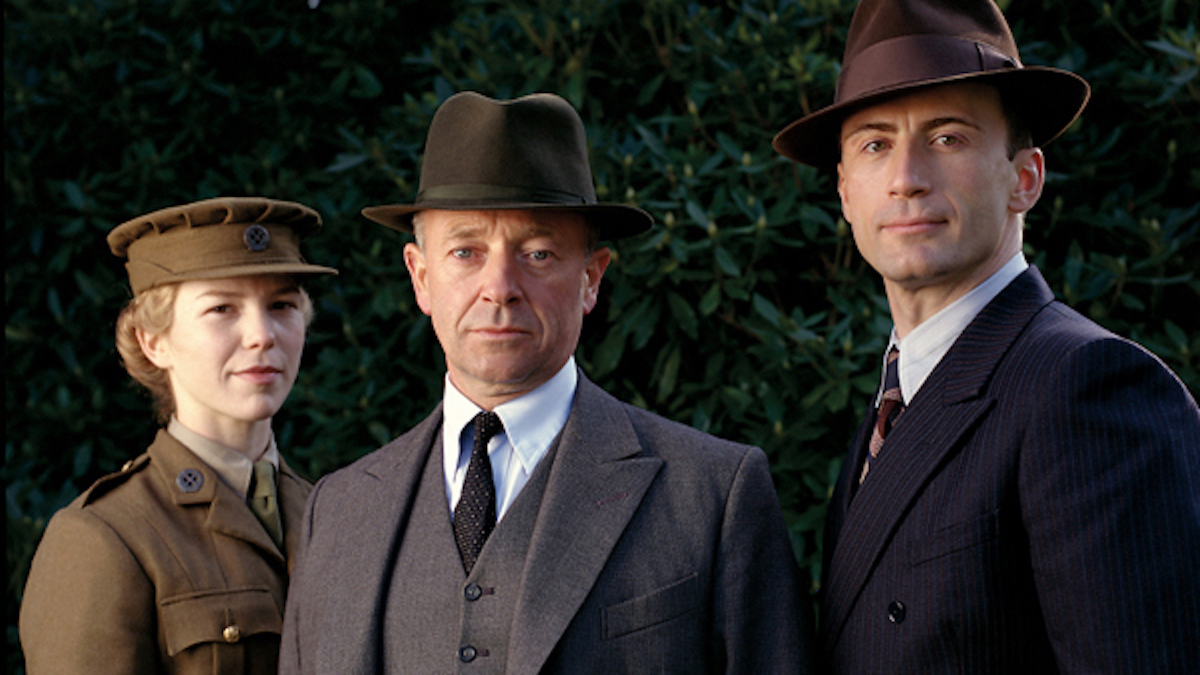 On Netflix, “Foyle’s War” Reminds Us of the Lessons of History for Abortion Debate

Foyle’s War, available streaming on Netflix, begins at the onset of WWII, as the battle rages just across the English Channel. Police detective Christopher Foyle is played with understated mastery by Michael Kitchen. Foyle reluctantly accepts a post in a quaint town on the southern coast of England. Yet even in this idyllic coastal community Foyle encounters war-related cases of murder, espionage, and treason.

The series blends fictional plots that work off real historical events and characters, with fine screen writing, and high production values. The result is an entertaining look at the social and moral complexity of that period in British and world history.

A Marriage Made in Hell

In Season 7 and 8, Foyle transitions from small town Chief Inspector, to an agent working in the London based British Secret Intelligence. These are some of the finest episodes of the series.

The episode “High Castle” develops a number of intriguing characters and story lines to examine the complicity of German chemical and pharmaceutical conglomerate IG Farben (founded December 25, 1925) with Nazi war crimes. The episode also touches on the American oil companies that worked closely with IG Farben (at the time also Germany’s biggest oil company) to provide the fuel that was essential for Hitler’s war machine and the aerial bombardment of Britain.

The Nazis and IG Farben entered into a partnership in 1942 that would provide the company with prisoners to keep costs low and profits high. IG Farben used slave labor to build a factory concentration camp near Auschwitz called Monowitz to create materials and products necessary for the Nazi war effort.

Over time the prisoner population of Monowitz grew to over 11,000, most of whom were Jews.  The conditions were deplorable. The demand for labor was growing, and a fresh supply of healthier prisoners was needed.

What to do with those prisoners too sick and exhausted from starvation rations, physical abuse, and disease to work productively?

Most were killed by a lethal injection of phenol to the heart.

It is estimated that 10,000 prisoners lost their lives. IG Farben’s partnership with the Nazis would lead to even greater crimes against humanity.

It is a tragic historical irony that the lead chemist on the team that developed Zyclon B in the 1920’s was Jewish chemist Fritz Haber. Zyklon B was originally used as an insecticide. IG Farben bought the patent for Zyklon B, and later used it to gas millions of Jews and other prisoners in Nazi concentration camps.

Learning the Lessons of History?

Chastened by the horrors revealed at the close of the war and the Nuremberg trials, surely Europe and the U.S. would reject the alliance of business interests with political ideologies and policies that strip certain people of their God given dignity and basic human rights.

After the war, I.G. Farben would change its name and become known as Hoechst AG. Today, Hoechst is a gigantic multi-national corporation with subsidiaries all over the world including the United States…one of Hoechst’s subsidiaries, Roussel Uclaf, is the French company that developed [the abortion pill] RU486.

How does RU486 work to end a pregnancy?

RU486 initiates a process utilized by IG Farben and the Nazis in their Monowitz slave labor camp — starvation:

RU486 fills the chemical receptor sites normally reserved for progesterone, but does not transmit the progesterone signal. Failing to receive that signal, a woman’s body shuts down the preparation of the uterus…The child, deprived of necessary nutrients, starves to death. The baby detaches and is swept out of the body along with the decayed uterine lining. (National Right to Life)

RU486 is now the method used in over one-fourth of all abortions — and the numbers are projected to rise.

From Monowitz to Fertility Clinic

The IG Farben managers and their accomplices at Monowitz reduced the population of prisoners who were no longer productive workers through the use of lethal injection of phenol into the heart.

A fertility clinic shares the challenges presented by the multiple conceptions that are often an outcome of the fertility treatment process, and the need to “reduce” the inhabitants of the womb for the benefit of the surviving babies.  Note the pained use of the word “concepti” to de-humanize the developing children in the womb:

“… it is a relatively safe procedure whereby it is possible to reduce the number of concepti in the uterus without harming the remaining one(s). It involves the injection of a lethal chemical under guidance by ultrasound, directly into the heart chamber(s) of one or more developing concepti around the end of the first trimester of pregnancy.”

Lethal injection is also used to kill disabled unborn children as well as healthy children in later term procedures.  Around 70% of children diagnosed in utero with Down syndrome are aborted each year.

It was Necessary, Good for Business

In one of the more haunting scenes from the episode “High Castle,” agent Foyle visits post war Germany and stands at the grounds of the Monowitz factory prison. Foyle is accompanied by a representative with the Nuremberg investigation team who shares:

“They knew. They knew perfectly well how the chemicals were being produced, but they didn’t care. It was necessary, good for business. IG Farben built the planes, they made the bombs, they made the furnaces, and the Zyklon-B crystals that were used in the gas chambers. Without them, Hitler would never have got off the starting blocks.”

The collusion of business and health care professionals, education and government institutions to promote and facilitate abortion — like the alliance of IG Farben and the Nazis — is a deal made with the devil.