When Lunatics Run the Asylum, They Can’t Allow Free Speech 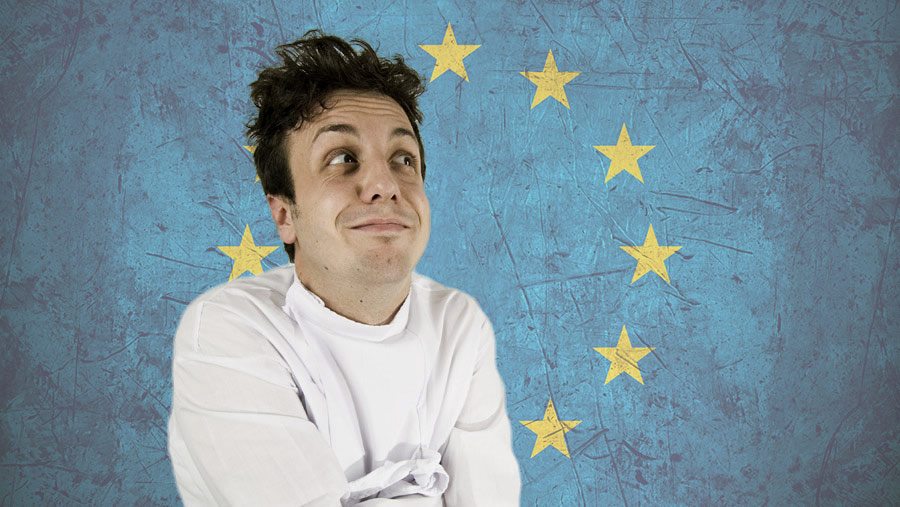 When Lunatics Run the Asylum, They Can’t Allow Free Speech

Back in seventh grade, my alarmed English teacher had me sent to a shrink for counseling. An excellent instructor in his first year in the classroom, he knew I didn’t need the lectures he was giving in basic grammar. So he’d let me sit in the back and write my own short stories. When I turned in a couple that were soaked in violence and horror, he was profoundly disturbed. This was before the slaughter at Columbine, but perhaps he thought he was nipping a future school terrorist in the bud.

In fact, as it turned out, what was really “wrong” with me was that I’d discovered the stories of Edgar Allen Poe, and I was trying to learn how to write by imitating him. The only violence I committed was to the English language, via my reckless abuse of the thesaurus in an effort to match Poe’s vocabulary. When my first book was published I came back and gave Mr. Torre a copy. He told me that he was relieved to see my face on the dust jacket, not on a Wanted poster.

One of the unbloody narratives in that collection of Poe’s short stories was also one of the creepiest: “The System of Doctor Tarr and Professor Fether.” It tells of a man who visits a lunatic asylum, and is shocked at the wild, “progressive” methods used there. The place appears disorderly and on the verge of chaos. It’s only after extensive misadventures that he learns the ugly truth: The inmates have taken over, and are holding the doctors and nurses prisoner. Of course, to keep their secret, the madmen must keep their warders tightly bound and gagged into silence.

European Elites Cling to Power Through Force and Fear

And that is the secret of political power in many countries of the European Union: Those who have gained control lack moral legitimacy. They are not governing in the interests of the governed, or following the principles of their constitutions. In fact, they have purposely alienated sovereignty over their countries to the European Union, under patently false pretenses, in order to insulate their preferred set of policies on immigration, capital punishment, and other weighty issues from democratic change. Now that voters are rebelling in one country after another against this hijacking of their governments, elites are using lies, force, and censorship to cling to control.

Read Breitbart London for a week for a numbing catalog of incidents which prove that the governments in The Netherlands, in France, in Sweden, in Austria, and other EU countries actively censor media to obscure the naked fact: mass Muslim colonization of their countries is goading them to the brink of civil war.

Are You Reading Unapproved News?

Of course, Breitbart’s British and American incarnations are among those sites routinely dismissed, and actively censored, as putative “fake news.” As The Stream just reported, Harvard University has actually weighed in to warn its students against reading such unapproved news sources. Of sites that Harvard listed with any discernible politics, all of them were conservative — despite the ongoing plague of left-leaning “Snake News” that The Stream’s Al Perrotta has diagnosed.

But things are the worst in Germany. It seems that these days, if there is an appalling trend  or insane idea abroad anywhere in the world, you can count on the Germans to grab it and run with it farthest and fastest, with least respect for individual freedom. [Insert morbid but apt historical joke here.] As Shannon S. Coulter reports:

German’s justice minister aims to spread the country’s rigid domestic laws on provocation to social media by proposing fines of up to $53 million on sites that do not quickly remove “illegal content,” according to ABC News.

The proposal demands companies to provide 24-hour surveillance for users to flag what it calls illegal content, such as defamatory “fake news” or hate speech, and to remove it within seven days.

The measure set to be put before Parliament has strict provisions. Even if social media companies delete the alleged illegal content from their sites, they would also be required to delete any copies and provide a quarterly report on how they are handling the content.

The proposal even singles out employees of companies, saying if an individual is nominated for handling complaints and fails to meet standards, he or she could face a personal fine of up to 5 million euros.

Nothing short of an East German-style totalitarian state that prohibits any reporting of violent crime, or any honest talk about the central tenets of sharia, will silence popular discontent at the civilizational catastrophe that European elites have inflicted on their people. So expect Germans and other European regimes to try to impose such restrictions, as part of their Polish-Commies-in-the-1980s last desperate gasp to cling to power.

There is no long term scenario in which sharia-compliant Muslims and Christian or secular Europeans can live side by side in peace. The question is not when mass conflict will come, but how soon and who will win. By stifling public discussion, European elites are simply postponing the inevitable explosion. They’re trying to serve a few more years in office and sock away hefty pensions, which they will have to spend in exile from what’s left of their native countries.

The Intimidation Game in America

On a smaller scale for now, similar acts of silencing happen across the United States. University administrators who don’t want to protect free speech for non-leftists hide behind a number of different disguises. Some claim that speech which offends their fragile students is a “public safety threat.” Talk about blaming the victim! If conservatives or Christians who are already beleaguered wish to air their objections publicly, the fact that others are willing to use violence to silence them makes the dissenters into threats to public safety and order.  At many universities, administrators routinely demand that conservative groups pay large sums in advance to provide the needed security — which often (as at UC Berkeley) even then won’t stop rioters from silencing free expression.

Off campus, social justice warriors scan the public pronouncements, private affiliations, and political donations of Americans. They then use this information to shame and (they hope) professionally destroy Christians and conservatives — from Brendan Eich of Mozilla to the Gaineses on HGTV.

Kimberley Strassel of the Wall Street Journal wrote a fact-packed and deeply alarming book, The Intimidation Game, that reveals the lengths to which leftist activists are willing to go to quash opposing views. They use campaign finance laws, “transparency” regulations, and even government agencies (such as the IRS under Lois Lerner). There is no other way to silence rational objections to delusional assertions such as that Islam is a religion of peace, that Bruce Jenner is a woman, that fetuses aren’t people, that some men menstruate, or that socialism works.

Of course, if you are a madman dressed up in doctor’s clothes, you will have to take radical measures like these to keep people from catching on. If you’re pursuing policies that have already blatantly failed, and you promise that they will succeed if only you can press them farther and harder, you will have to use gags and handcuffs to keep control over your victims. You’ll have to act just like the inmates in Poe’s famous short story. But keep this up long enough, this reckless abuse of reason and freedom, and you’ll find that the next page you turn will be drenched in blood and horror. That’s how this story ends.