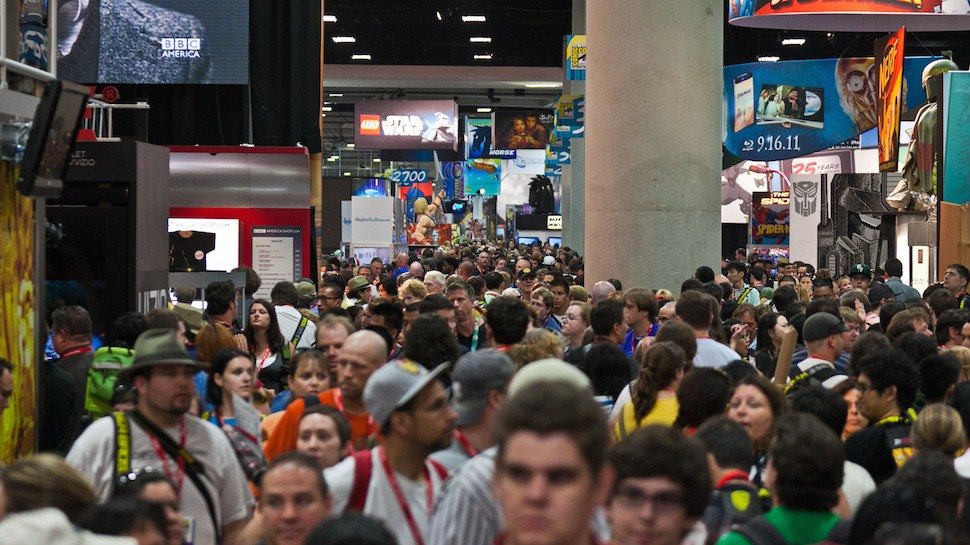 If C.S. Lewis were alive today, he would be found in San Diego tomorrow. This is the beginning of Comic-Con 2017, the annual comic and pop culture extravaganza that began as the Golden State Comic Book Convention. Today it showcases graphic novels, superhero movies, video games, animation, and all the exploding aspects of fantasy culture. Why would Lewis, the stately Oxford and Cambridge University don, be concerned with pop culture’s obsession with comic books?

The DC and Marvel universe is the popular cultural platform where myth meets and shapes the national social imaginary. This is where “the deep magic from before the dawn of time” is explored. Over 130,000 persons will spend the next four days participating in this pop culture pilgrimage—and by participating I mean in full superhero costume.

It might be easy to write off Comic-Con attendees as adolescent-video-loving nerds the likes of Sheldon Cooper in The Big Bang. But this would be a huge mistake. Comic-Con, along with the Burning Man festival held a month later in Nevada, is the contemporary epicenter of the New Copernican ethos. These are the two sacred sites of the contemporary zeitgeist. It might look like frivolous escapism to the uninitiated, but here one finds passion, thoughtfulness, and spiritual questing in full flowering.

In Tolkien’s essay, “On Fairy Stories,” he writes, “In what the misusers of the term ‘escape’ are fond of calling Real Life, Escape is evidently as a rule very practical, and may even be heroic…. Why should a man be scorned, if, finding himself in prison, he tries to get out and go home? Or if, when he cannot do so, he thinks and talks about other topics than jailers and prison-walls? The world outside has not become less real because the prisoner cannot see it.”

Tolkien’s assumption here is that the mythical world is more real or at least a deeper dimension to reality than the alleged “Real Life” of the day-to-day status quo. Those who quest for the mythic are thus in this sense “heroic.” Attendees at Comic-Con seek to return to the world outside the prison wall of their day-to-day lives. They want to touch the hem of something greater. They attend because they want to go home, to connect with the boundaries of “deep magic.” In this sense, Narnia is the real world, not London. This reversal of perspective must be appreciated. These are not lazy video game and comic book obsessed millennials, but the early adopters of a burgeoning spiritual movement.

Catholic paleontologist Pierre Teilhard de Chardin observed, “We are not human beings having a spiritual experience, but spiritual beings having a human one.” Home is thus this wider, deeper, mythical reality celebrated in popular culture at Comic-Con.

There will be over 3,000 reporters, bloggers, and other media folks covering this event. Many will fail to appreciate the heroic nature of the costumed attendees. Started 47 years ago with 300 friends, today attendance is capped at 130,000, but everyone realizes that it could grow much, much larger. It is a major economic driver in San Diego and the city leadership is working hard to keep the event based there. Meanwhile the shadowy guardians of Comic-Con are seeking to protect the brand, its authenticity, and keeping it from “jumping the shark.” With the blockbuster success this summer of Wonder Woman, the pressure will be on both; for this event has become a cultural phenomenon.

C.S. Lewis believed that folk and fairy tales, heroic stories, and legends help baptize the imagination and open people up to a deeper spiritual search. For this older adults and religious leaders should be grateful to Comic-Con and would do well to get in the queue.