Hoopla and Hopscotch: Two Music Festivals You Won’t Want to Miss this Fall 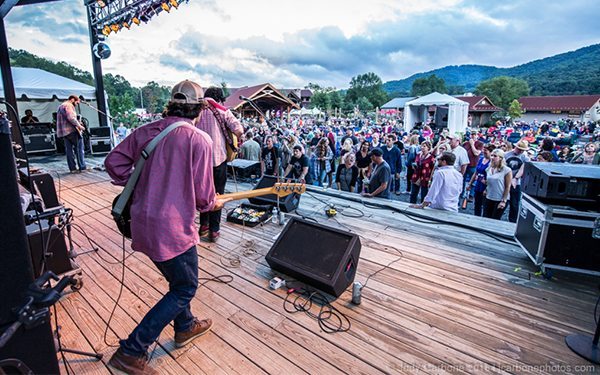 Hoopla and Hopscotch: Two Music Festivals You Won’t Want to Miss this Fall

If you’re a music lover like me, you know how to spend your vacations. No annual family cruise or stints at the beach. Instead you set your sights on music festivals. You start picking which ones to attend well in advance, since travel takes planning. But it’s all worth it. These fests are the best way to connect with bands you follow, and discover new ones to love.

Two festivals that I’m really stoked to go to are Hopscotch in Raleigh, North Carolina and the Devil’s Backbone Hoopla in Nelson County, Virginia.

Hopscotch is for city-lovers. It runs from September 7-10. Now in its seventh year, it’s held in Raleigh’s revitalized historic downtown. You’ll need hotel reservations, but there are many rooms within walking distance. You’ll choose from more than 120 bands, in genres ranging from soul and R&B to Alternative. Their artist line-up includes Sir the Baptist, Asheville’s own Angel Olsen, and Future Islands.

Sir the Baptist is an Atlantic Records superstar, and a Bonnaroo alum. He sings his controversial lyrics with a Motown flair. Angel Olsen, often referred to as the Carolina’s Patsy Cline, has been growing in popularity. Her Lana Del Ray-ish unadulterated crooning, and ability to make a statement with her look, attract sellout audiences at most of her shows. The sooner you get your ticket to her show at the fest the better. Also a Bonnaroo alum, not to mention a former Coachella synthpop band, Future Islands has played Letterman and is a staple on any alt music listener’s playlist.

For lovers of rural landscapes, The Hoopla, held September 29 through October 1, is the way to go. Only in its second year, it caters to singer/songwriter, country music, and alternative fans. It’s chock-full of music, and a four day camping adventure. There are open areas where you can enjoy their brews and enter cornhole tournaments. Enjoy yoga, cooking challenges, guided backpacking tours and brewery tours and tastings. This year, the line up of musicians includes Rainbow Kitten Surprise, Colter Wall, The Hip Abduction, and at least ten other performers.

Rainbow Kitten Surprise (R.K.S.), an alternative band, is worth the price of admission all on its own. I caught the band earlier this year at a venue in my area. They blew me away with their stage presence and original songs. The Hoopla will be a stop on R.K.S.’s way to play the famed Austin City Limits Festival and the Druid City Music Hall in October. Colter Wall is a rising star in the singer/songwriter genre. He embodies a Johnny Cash style charisma and will be a definite crowd pleaser. The Hip Abduction, another alternative band, is often compared to F.U.N.  But it has its own upbeat style.

With the dates of each fest only a few weeks apart, why not secure tickets for both? The venues are gorgeously different, and the offerings plentiful. And hey, the beach will always be there.