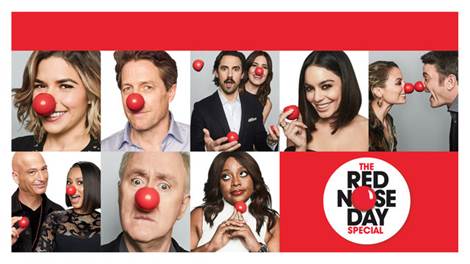 Actress Julia Roberts will join adventurer Bear Grylls on NBC May 25 as part of Red Nose Day, an annual fundraiser that has the goal of ending child poverty – one “nose” at a time.

Christian ministries such as Covenant House and Charity: Water are among the organizations that will receive money from the fundraiser, which has brought in more than $1 billion in the past 25 years.

NBC is dedicating its lineup May 25 to the event, beginning with Celebrity Ninja Warrior for Red Nose Day at 8 p.m. ET/PT, followed by Roberts and Grylls in Running Wild With Bear Grylls at 9 p.m. The night will conclude at 10 p.m. with The Red Nose Day Special, in which the sequel of Love Actually will premiere.

Feeding America, Save the Children, and the Boys and Girls Clubs of America also will benefit.