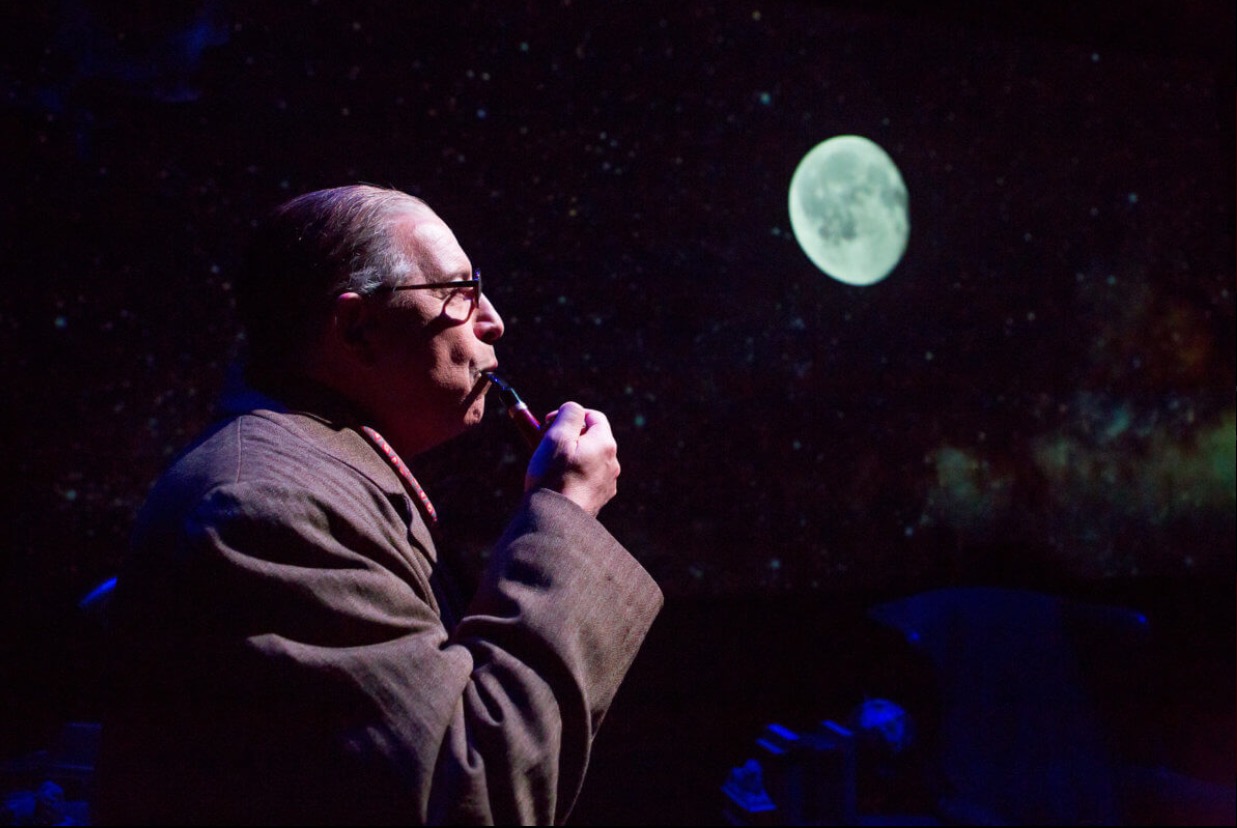 Last week my wife and I took a trip into New York City to see award-winning actor Max McLean‘s acclaimed portrayal of author C.S. Lewis. The play is called The Most Reluctant Convert and it is truly brilliant. Everything from the set decorations to the acting shouted out artistic perfection.

One aspect of Lewis’s life covered was his sense of longing for something almost intangible, something seemingly just over the horizon. A sense that somewhere there is something better than the life in which we all seem to be locked.

For C.S. Lewis this longing was fulfilled in Christianity.

The play chronicles C.S. Lewis’s journey from determined atheist to Christian. Max McLean is ever faithful to Lewis’s voice. He is witty, thoughtful and intellectually graceful. I absolutely recommend this play to anyone who can manage to see it. Here’s a brief look:

For many, becoming a Christian is a journey. And I’m no different, really. But how each of us sees the world around us after we choose Christianity is an amazing testament.

I am a total media geek and I have no problem confessing that fact. I have inhabited a world of music, film, literature and poetry ever since my mother passed away when I was seven years old. That’s been over sixty years ago. I see no need to leave this world either. When I became serious about my Christianity at the age of 22, this world was enlarged even further and like I never thought it would be.

The books I read, the movies I watched and the records I listened to all took on a deeper meaning for me. I don’t mean to sound like some kind of spiritual nut job, but I just tend to look at things through a more open lens than I did before the age of 22. Before Christianity was a serious notion in my life.

I want to see the beauty in the world and not the ugliness by which, unfortunately, we are all surrounded. Doing a radio show allows me to surround myself and hopefully my listeners with some of that beauty and the best music ever recorded. Specifically rock and roll, and, in some cases, jazz and experimental music as well.

Let me through the attached video share with you guys, generically speaking of course, one of the best songs I have heard in the past few years. It is by a young artist named Grace Pettis. She has two albums out that are both exceptionally good. Check her out!!!