Brie Capone: A Singer Songwriter with a Powerful Sound 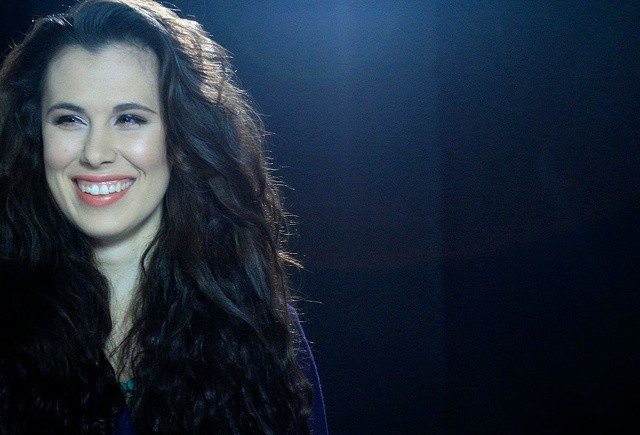 Brie Capone: A Singer Songwriter with a Powerful Sound

Singer and songwriter Brie Capone, with her rich vocals and provocative lyrics, adds a unique sound to the Asheville music scene, the place she’s calling home once again.

You may not know it, but the North Carolina town has a music culture like no other city. This is the place that Brie says has a creative, open, and intelligent vibe. “I’ve been overwhelmed by the love and support as well as talent this town has,” she shares, and adds, “I’m looking forward to producing more work here.”

Following a stint of writing and performing in New York City with the local band The Humble Grapes, Brie moved back to the town where she grew up. Since returning to Asheville, her music career has only moved forward. “It’s been a really great year creatively for me,” she said.

Brie has a big sound. With the range and vocal power to sing anything from Opera to Adele, she churns out eclectic ballads that pair her clear, belting folk sound with a smoky soul vibe. You can hear it in the songs she chose for her solo EP, “Orbit,” recorded at Echo Mountain, a local studio. “Orbit,” is a collection of songs accompanied by talented musicians from the Asheville scene. Produced by Peter Brownlee of Midnight Snack, the EP features other local band members on every instrument.

“Scars,” a hauntingly beautiful song from the EP, is also an award-winning music video that plays as soon as you open Brie’s website. The video won Judges Choice award at Music Video Asheville this year, showcasing the natural beauty of Brie’s voice and the mountains that surround the music hub of Appalachia. She’ll also be competing in the New Song Music’s songwriter’s competition at the LEAF festival in May.

Brie has spent time touring up and down the East Coast from NYC to Tennessee. What’s next for the singer? Intimate concerts in Asheville followed by a full-band show in July with friend and fellow musician Matt Townsend.

You can find Brie’s touring schedule, listen to her music, and find more info on her website briecaponemusic.com. Brie will also be sharing her unique and powerful sound on SCENES Live Sessions (click here) Facebook page on Friday, May 5th to watch her live performance.

New Song Music’s Songwriter’s competition at LEAF (an Asheville festival) is scheduled for May 13.