The Promise spotlights ‘forgotten genocide’ of World War I 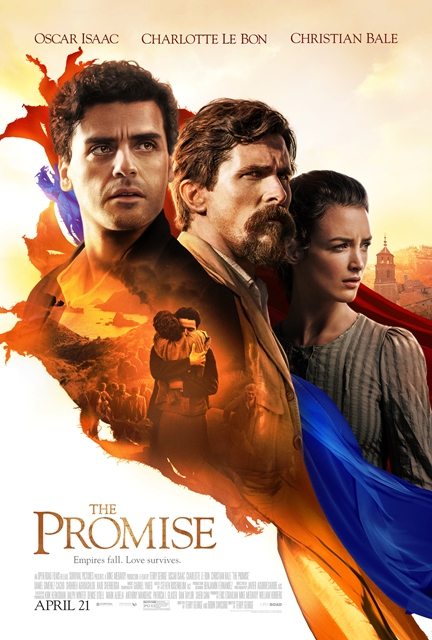 The Promise spotlights ‘forgotten genocide’ of World War I

The persecution of religious and ethnic minorities has tragically become common in some parts of the world, and an upcoming movie serves to remind us that the battle against prejudice is far from new.

The Promise (PG-13) opens in theaters April 21, spotlighting a time during the 1910s when the Ottoman Empire turned against its own people and killed an estimated 1.5 million Armenian Christians in what became known as the Armenian Genocide.

Although it was one of the worst atrocities in human history, few people in America know about it. It is sometimes called the “forgotten genocide. It took place during World War I.

The Promise stars Golden Globe Award-winner Oscar Isaac as Michael Boghosian, a medical student who returns to his village in Turkey in 1914 with the goal of bringing modern medicine to the people. There he meets Chris Myers (played by Academy Award-winner Christian Bale) and Ana (Charlotte le Bon), an Armenian artist from Paris.

The two men love Ana, but those interests are put aside when the Ottoman Empire turns against some of its own people. Watch the trailer below.

The Promise is rated PG-13 for thematic material including war atrocities, violence and disturbing images, and for some sexuality.