New Orleans 12 Years After Katrina: Creativity is Blooming and Thriving in The Big Easy

Home Culture New Orleans 12 Years After Katrina: Creativity is Blooming and Thriving in The Big Easy 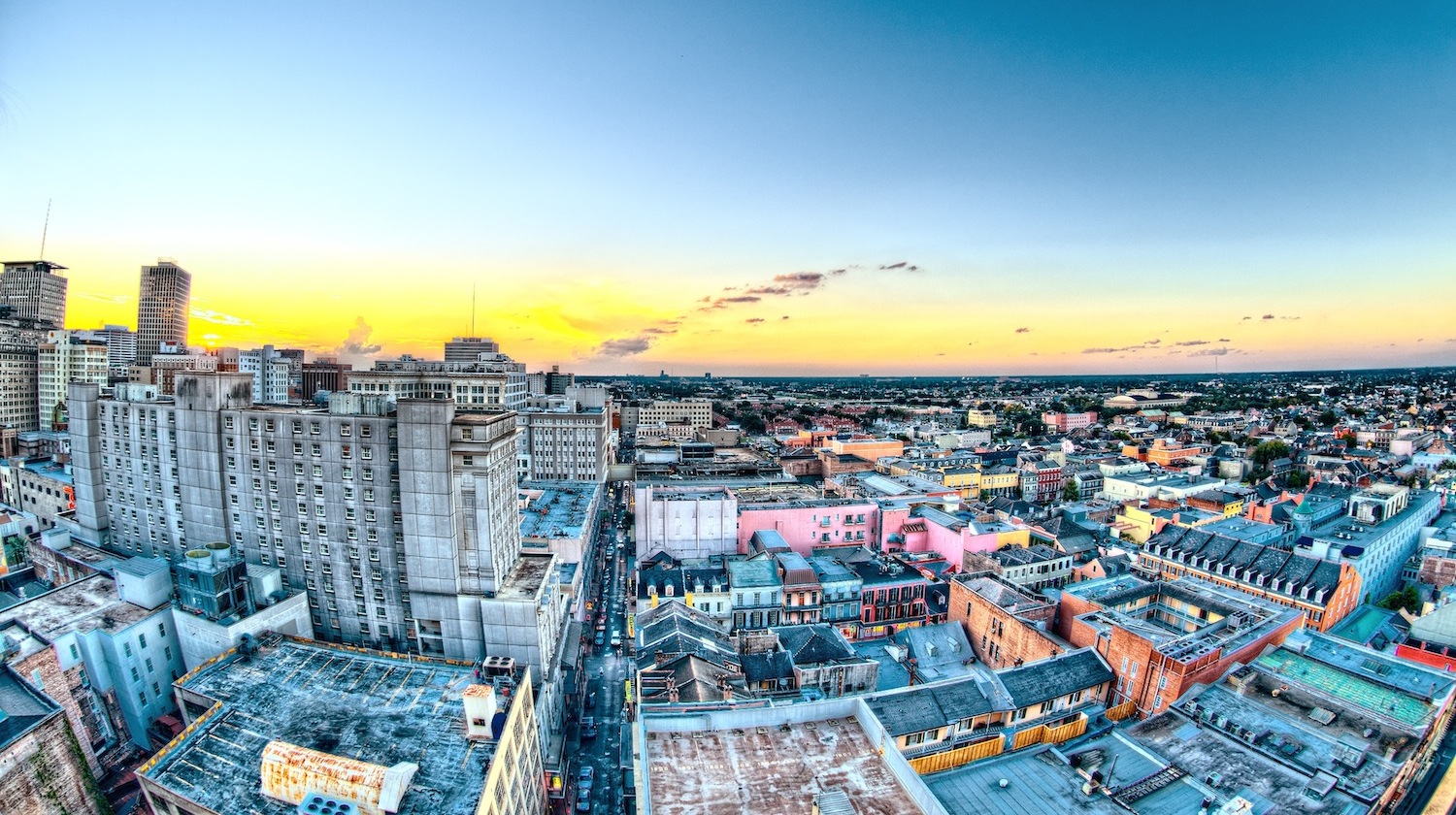 New Orleans 12 Years After Katrina: Creativity is Blooming and Thriving in The Big Easy

“There’s the Smoothie King Superdome,” our shuttle driver belted out as he ferried us from the airport to the hotel. A native of New Orleans, he was a very friendly man who told us his muddled almost Bostonian accent came from attending a boarding school where his priest was a northerner. Anything you wanted to know about the city, he could tell you, and took a lot of pride in talking about its past and present glories. The pastel-lit sports dome seemed a source of pride for the driver, but all I could think about was a flood of news images of the numerous people who’d had to live there for days and weeks in the wake of hurricane Katrina’s rampage in August of 2005.

When a job sent me to NOLA, as the city is commonly called, I was very eager to see how things were after such a crushing event. Twelve years doesn’t seem adequate time to bounce back from such a catastrophic tragedy, yet on my ride into the city, there were no traces of it. My hotel was one block over from the famed Canal Street and as I got off the shuttle, I could see nothing but restaurants and a casino. Oddly, everything looked like parts of L.A., Austin and Portland that I’d seen; no holds barred urban sprawl.

When I visited the French Quarter, however, I got a real feel for the pulse of the place. In Jackson Square, I listened to the big brass jazz band in front of the cathedral while I perused all the local art that was hung along the fences for sale. Fortune tellers and other various kinds of dancers were scattered around, each working hard at their craft in hopes of generous donations. 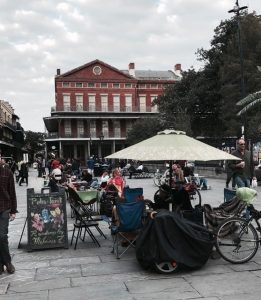 The Quarter has so many nooks and crannies filled with their own varied musicians.
There seemed to be no median age range amongst the talent. Those just starting out and those who’d honed their craft for years were just a few feet away from each other all vying for my attention.

I wanted to talk in depth with an artist who had been there awhile and whose gallery contributed to the rich history. Conti Street had been a major thoroughfare for the slave trade in the 1800’s. It had seen its share of fencing duels, too, and, is one of the oldest and best-preserved streets.  I didn’t have to venture very far down it before I found Adrian Fulton’s gallery. 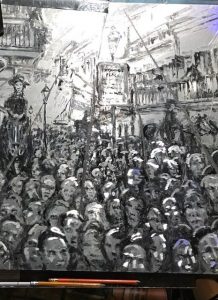 “What part of the world are you coming from?” Fulton boomed with a kind of welcoming exuberance usually reserved for kid’s movies and rarely experienced in real life.

With his dog Abigail serving as his studio manager, he has a well-coveted spot. The incredible paintings I saw from his window were some of the most unique I’d seen in the Quarter. His work is primarily that of oil paint on steel that makes it look like etchings. His talent enticed me inside, but his friendliness kept me there. He readily told me that he’s not like some of the other artists he meets. He is not jaded and prefers to think of life as a lottery that you’ve won just by being born.

“I’m wanting to show the world not to be scared to do their thing.” Fulton preaches. 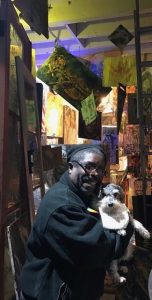 He is certainly a living example of this credo. At the age of thirty-nine he confessed to the doctor he felt sick all the time with acid reflex medication and frequent migraines. The doctor also confirmed he had heart problems and would need several different medications. Instead of that route, Fulton chose to tell the doctor he was going to keep his sense of humor, pray, and paint and go from there. After only three months of following his own unorthodox self-treatment, the artist turned all his health issues around.

At the age of fifty he finally decided not only to use art as medicine but to make it his full time career.

“The world felt contentious to me,” Fulton explains. “I go into my art and find the order and peace I crave.”

Luckily, his wonderful wife, who he refers to as his adult supervision, was supportive of his life change, and he has maintained his gallery for the past six years.
Leaving him to his work, I headed back to my hotel feeling that I had answered my question. It seemed that only a dozen years after nature took its toll, the city is raring and kicking. 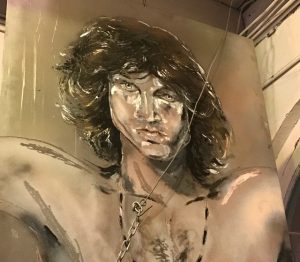 It is evident however, from still-abandoned buildings, talk amongst locals about how the outskirts remain in ill-repair, and artist’s work being done on claimed wood from the debris of Katrina that the storm has left deep scars. The city is not back to business as usual, yet maybe it never should be. Maybe loss like NOLA experienced bares being remembered always.

What was clear is that the recovery the city has experienced owes a major credit to the creatives there. They are truly giving it all they’ve got. The very city itself an artwork in progress. All in all, I’d say that with artist’s evident hustle to make ends meat, the rebuilding and refurbishing still to be done, life may be far from easy in New Orleans, but the vibrant creations and eclectic music still serve to make it wonderfully and beautifully messy. 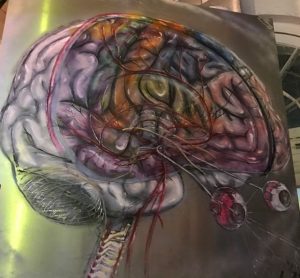 To learn more about Adrian and his art, click here.