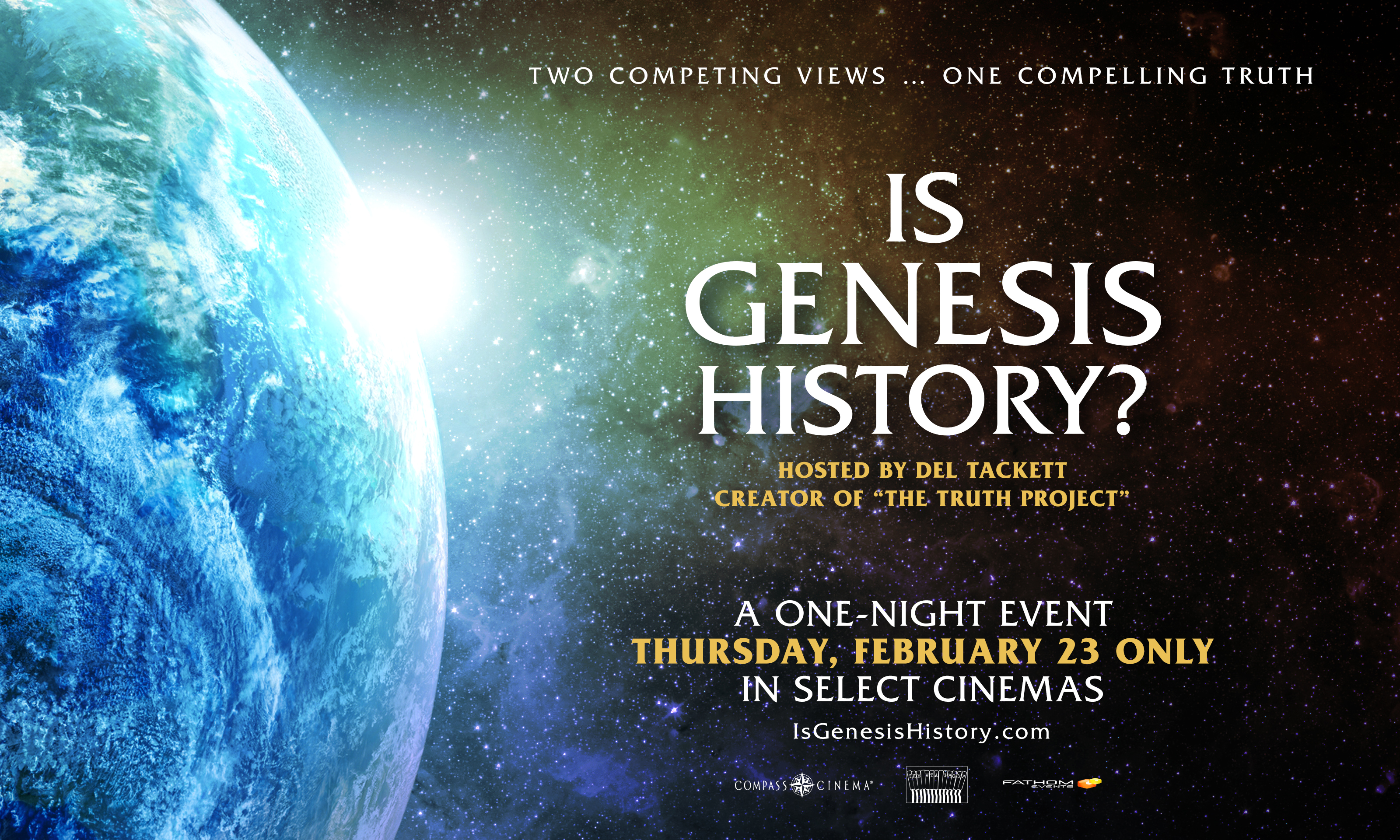 A decade after filming The Truth Project and helping Christians develop a biblical worldview, Del Tackett has a new goal – defending the historicity of the Genesis creation account.

Tackett, who developed and hosted Focus on the Family’s DVD-based Truth Project curriculum (2007), is the host of a new film, Is Genesis History?, which explores the scientific evidence for a literal six-day creation, Adam and Eve, and biblical flood. It will appear in theaters for one night only on Thursday, Feb. 23.

“That’s the call right now on my life – to do everything I can to help the body of Christ get healthy,” Tackett told SCENES. “Well, a biblical worldview is rooted in Genesis.”’

Is Genesis History? was created by Compass Cinema and produced and directed by Thomas Purifoy, Jr.

Tackett traveled across the continent to interview experts in geology, biology, archeology and astronomy, hoping to understand the scientific evidence better but also wanting to dispel the belief that only “stupid” people reject evolution.

“These are not low intelligent people,” Tackett said of the scientists he interviewed.

SCENES recently spoke with Tackett about the documentary and the debate over Genesis. Following is a transcript:

SCENES: How did you get involved in this? 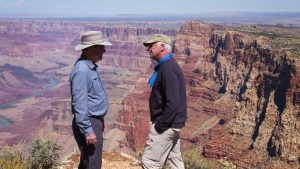 Del Tackett, right, is the host of “Is Genesis History?”

Del Tackett: It really came from [director] Thomas Purifoy, who is the head of Compass Cinema. His story begins with his 10-year-old, who was asking questions he really couldn’t answer. From my perspective, it was simply a concern about what I would call the hierarchy of Christianity, which is beginning to place more faith in the current scientific paradigm and beginning to blur Adam and Eve, the fall of man, and all of the historical record of Genesis. So the two of us came together and the film is the result.

SCENES: So you are saying that the traditional view of Genesis is becoming less and less popular among evangelicals.

Tackett: That’s correct. From my perspective, if you would look at what I would call the mass of evangelical Christianity, evangelicals have a tendency to read Genesis in the historical narrative as it was written. And they want to read it that way. But the hierarchy within evangelical Christianity is increasingly persuaded by a deep-time paradigm. And that deep-time paradigm does not lend itself to the historical reading of Genesis. That ends up, of course, wiping out a real Adam and Eve; there was no real Fall. You have to then deny the global flood, because that would then plop you back into an historical reading. It deeply concerns me, because I’m a worldview guy. That’s the call right now on my life – to do everything I can to help the body of Christ get healthy. Well, a biblical worldview is rooted in Genesis.

SCENES: You mentioned the hierarchy among evangelicals. To put this in more basic terms, are you saying the people in the pews want to believe in a six-day creation, but that there are people in the academy who may not believe it?

Tackett: What we’re seeing is the influence of this current scientific [deep-time] paradigm into the seminaries and the colleges, and among some of our more prominent pastors.

SCENES: You and Thomas could have made this documentary a lot of different ways. Explain the direction you went with it – visiting various locations and interviewing scientists.

Tackett: It was all for the fundamental purpose of trying to help people understand that they don’t have to feel that they are unscientific in believing God’s Word as it was written – that there are some extremely good, smart, professional scientists who are working in the field who have seen the evidence and believe that evidence points in a way that supports that historical narrative. The accusations that you must be an idiot or stupid to believe that, that’s not true. These are not low intelligent people. We wanted the body of Christ to be able to see that those accusations are not true. Not only did we want them to see the scientists and to consider the evidence, but we did not want to throw bombs at the other side. This was going to be a film that we were going to concentrate on the evidence – the positive evidence that is available that questions the deep-time paradigm. But we didn’t do it in a way that we were attacking as much as we were reassuring and reaffirming the historical narrative.