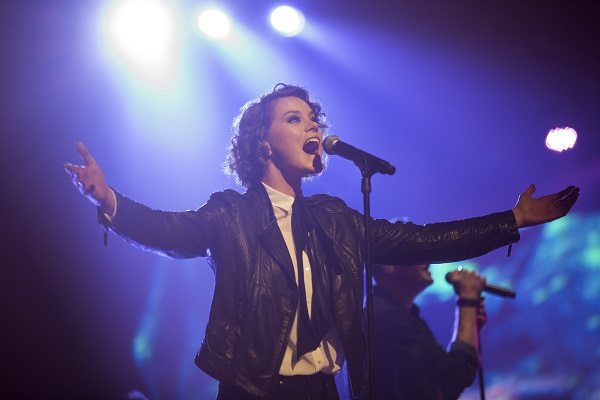 SYDNEY – Hillsong United’s “Oceans” won song of the year at the 2014 GMA Dove Awards and has been sung in countless churches since, but the famous lead vocals that helped popularize the song nearly didn’t appear in it.

That vocalist, Taya Smith, was working at a retail store, serving in her church’s young ministry, and eyeing a career in secular music when she got a call from Hillsong United producer Michael Guy Chislett.

“He said, ‘Hey, just wondering if you wanted to come in and do vocals for the latest United project,’” Smith recalled in an interview with SCENES. “And I said, ‘I’m actually on a holiday [vacation] so I can. So I came in, and I think it was over the course of two to three days we recorded ‘A Million Suns’ on the Zion album and then we came in the next day and we recorded ‘Oceans.’ The rest is history. It was pretty crazy.

“I guess you could say it was ‘God incidences’ because I don’t really believe in coincidences.”

The 2016 documentary film Hillsong: Let Hope Rise – now out on DVD — chronicles the band’s incredible growth. More than 50 million people sing Hillsong’s music each Sunday, according to studio data, and the band has sold more than 17 million albums.

Shortly before Smith recorded “Oceans,” she also tried out for Australia’s version of The Voice.

“I thought this was my ‘in’ to the industry — this is it,” she told SCENES. “And I had a really great friend, and she said, ‘If you do this, everything is going to change. I’ll back you if you do it. I’ll back you if you don’t. You need to know everything is going to change.’ I kind of freaked out and I prayed, ‘God, if this is what you want me to do, I just believe you’re going to open the door and if it’s not, you’ll just shut the door.’ And then I felt a sense of peace and I didn’t worry about it anymore.”

Smith didn’t make it on The Voice, and in hindsight is glad she didn’t. Although “Oceans” remains one of the more popular songs in contemporary Christian music history, Smith said it’s not difficult to stay humble.

“The Christian music industry really isn’t very big in Australia, so I don’t know any of the stats until someone tells me,” Smith said. “I’m probably more shocked than other people are. We travel in a big group together, and I feel like it highlights the importance of community. I didn’t grow up with any brothers, but I somehow inherited 14 older brothers. If I ever got a big head or thought I was bigger than I was, I would have someone pull me aside and say, ‘You’re actually not as good as you think you are. This is God working through you.’”