Bobby Bowden on Talking God: I Didn’t Care About the Repercussions 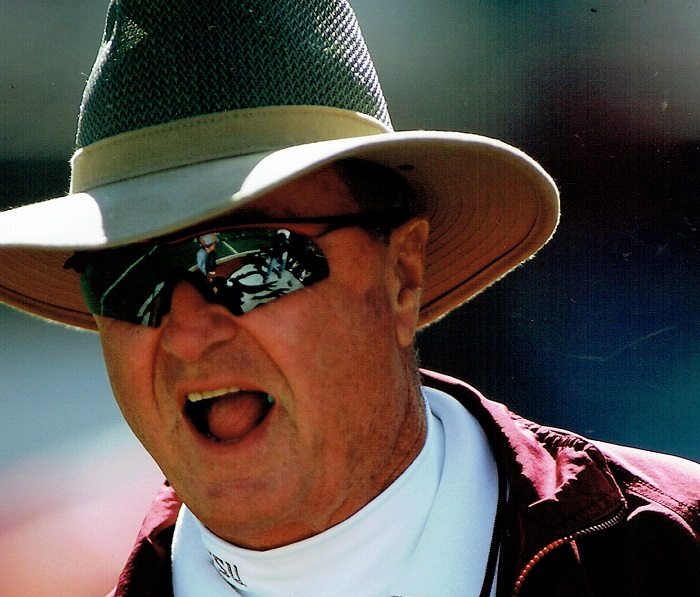 Bobby Bowden on Talking God: I Didn’t Care About the Repercussions

Bobby Bowden coached 44 years, won 389 games on the field and claimed two national championships, but he says he has only one regret: not being bolder in his faith.

That may be surprising to those who followed his career — he already was quite outspoken — but Bowden says he wished he had talked about God even more.

Asked by SCENES if he had any regrets, the former Florida State coach paused before responding, “I wish I had been stronger.”

Stronger in what way?

“Put more emphasis on [faith] and not be afraid to speak up,” he said. “I never had one player say, ‘Coach, we don’t want to hear that.’”

Bowden, though, doesn’t want to take any credit for how he represented Christ during his career.

“It really wasn’t me. It was God working through me,” he said. “… I didn’t care what the repercussions were.”

A documentary about Bowden’s life, The Bowden Dynasty, will show in more than 400 theaters Sunday, tracing the Hall of Fame coach’s career, from his days at Howard to his retirement in 2009 from Florida State – the school he put on the football map. (Read SCENES’ review here.)

SCENES spoke with Bowden this week. Following is a partial transcript:

SCENES: You were public about your faith during your coaching career. Did you receive any pushback from players, from parents, from recruits?

Bowden: When I would recruit a player, I would tell him about that, and I would tell his parents the same thing. I would tell them how I was going to try and work with their kids — I was going to take him to church. I used to take my teams to church at the first of every year. And I would take them to a white church one Sunday, and I would take them to a black church the next Sunday. And the reason that I did that was to show them that no matter what their race is, they were welcome. I would tell their parents that I was going to do that. Somebody would say, “What right do you have to do that?” Well, the right I had was I told their parents that’s what I’m going to do. Parents love that. Even parents who are bad – they still want their kids to be good.

SCENES: You probably got some recruits, then, because of your faith.

Bowden: You, know what? Probably. A lot of the parents, that’s what they believe, and they want their child to continue that way.

SCENES: Do you think you could get away with doing that nowadays?

Bowden: That’s the next question always. Let me say this: I got away with it all of my career. I kept waiting for the hammer to come down, and it never came down. I kept saying, “Sooner or later they are going to tell me to stop.” But I was determined I wasn’t going to stop. If they had to get another coach, they had to get another coach. I was going to teach what I was taught. If anybody sees our society today, and reads the paper and watches TV and sees what’s going on, surely they would want their children to hear that.

SCENES: Were you that up-front about your faith from the very beginning when you started coaching?

Bowden: The longer I coached, the more I got into it. When I first started, I was a little reluctant. I learned when I was at West Virginia: Don’t be afraid to mention God. I had noticed that the coach before me was a good Christian, that he’d go make a talk and he’d mention something about God, and when he did the crowd would just become quiet, because they’re not used to hearing that. And I said, “By golly, I think we can do this.” So I started doing it. I didn’t care what the repercussions were.