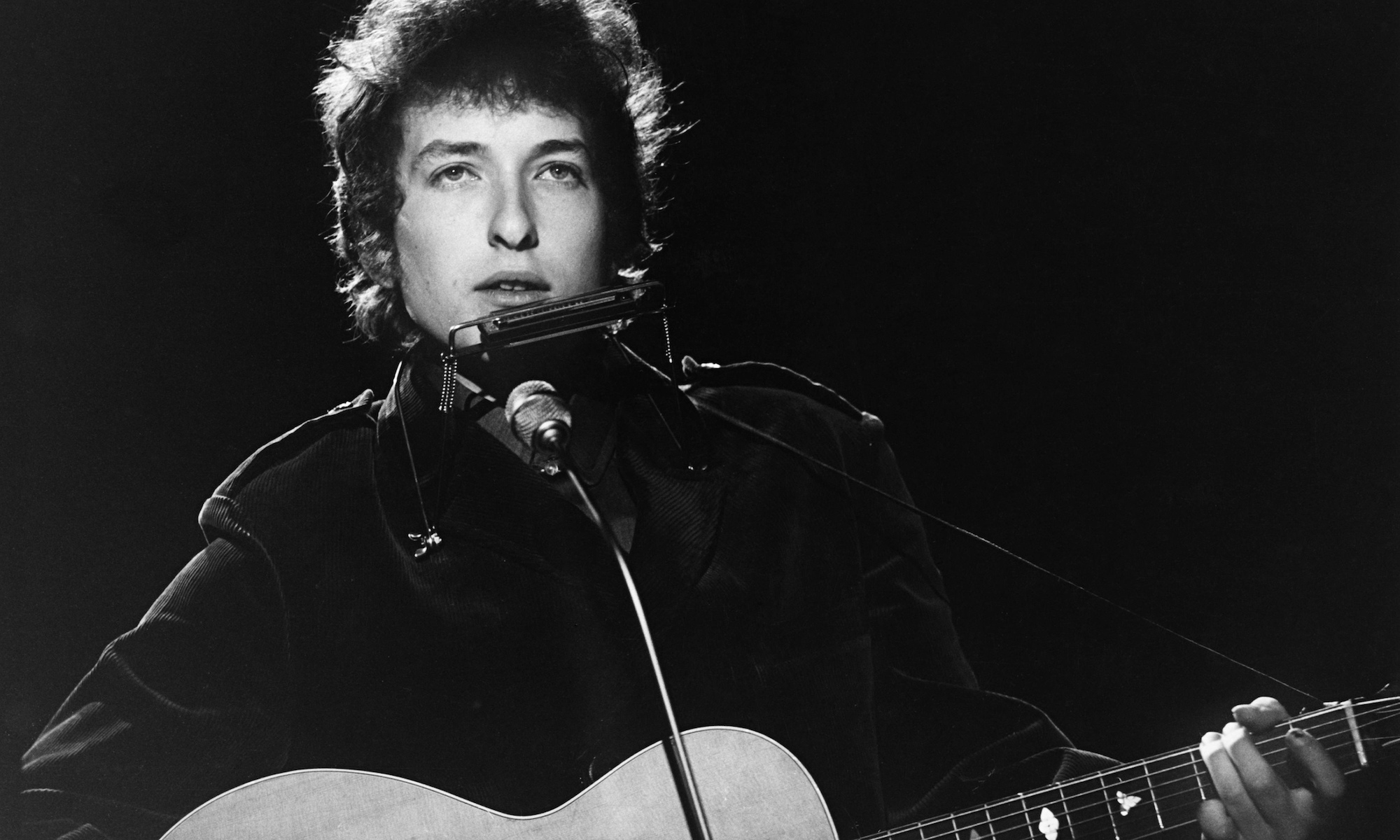 Some literary scholars were no doubt shocked today when Minnesotan born, college dropout, folk singing wonder, Bob Dylan was awarded the Nobel Prize for Literature. He is the first American to win such an honor since Toni Morrison in 1993 joining the ranks of fellow American authors like Hemingway, Steinbeck and Faulkner.

His origins, though somewhat ordinary, are very different from many of the other Nobel Winners. As a boy, Dylan, then Robert Allen Zimmerman, was inspired by Little Richard’s music to pick up the harmonica and guitar. Though his brother religiously took lessons to learn to play, Dylan preferred to learn on his own. In high school, he played covers of his favorites such as Buddy Holly. He even attempted having a band called the Golden Chords, yet they soon broke up.

In college, he reinvented himself, adopting the rebel look of motorcycle jackets and boots, he became the classic greaser. Immersing himself in the Beat literature of the day, he ignited the writer inside. He then christened himself Bob Dylan, a name originating from Welsh poet Dylan Thomas whose poems he read in school.

As fate would have it, folk music was growing in popularity at this same time. Woody Guthrie was the first of those singers whose music Bob heard when he was visiting a friend. He became a devout fan overnight, so much of a fan that he dropped out of college, and then trekked to visit Guthrie in the hospital to play for him as he lay dying. After that, Dylan continued to play anywhere he could get gigs.

From the sixties until the present, Bob Dylan’s lyrics have graced us with a different way of seeing the world. The Academy put it well when they stated the reasoning for electing him as his having created new poetic expressions within the great American song tradition. With lyrics that transcend decades and are cross cultural in appeal, this award is certainly long overdue.

“Destiny is a feeling you have that you know something about yourself nobody else does. The picture you have in your own mind of what you’re about will come true. It’s a kind of thing you kind of have to keep to your own self, because it’s a fragile feeling, and you put it out there, then someone will kill it. It’s best to keep that all inside.” Bob Dylan 2004

Dylan winning the Nobel Prize for Literature is the world finally showing him their long deserved gratitude. In light of his thoughts above, we are all better off that he did not keep everything to himself.