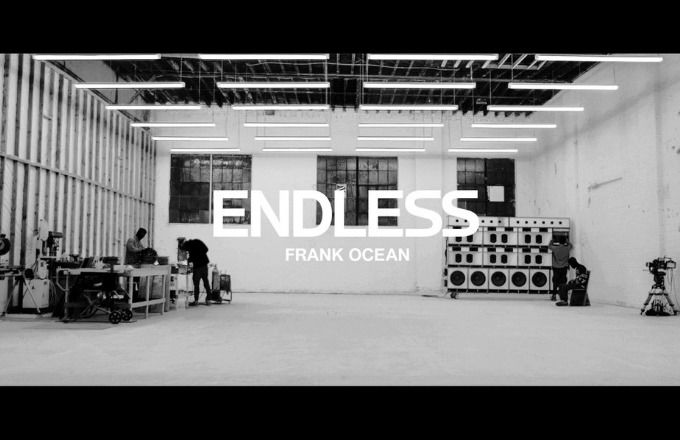 Endless, Frank Ocean’s first release in four years, is exclusively available through Apple Music as a 45-minute film. There’s talk of an accompanying print publication in the near future.

The New York Times describes the visual album in a recent article. “The extended video—reminiscent of Beyoncé’s “Lemonade” in length—features multiple likenesses of Mr. Ocean, in black and white, undertaking a construction project in what appears to be a warehouse. It is scored by previously unheard music from him, and he proceeds to build a spiral staircase in the middle of the room. The finished video resembles a stream that has played on and off for weeks on boysdontcry.co, a website affiliated with Mr. Ocean’s new album.”

This switch to an exclusive streaming release is not the first of its kind. According to NPR, “Ocean’s deal with Apple appears to be the latest volley in the competition between subscription streaming services to stake claims to early-distribution deals with certain high-profile artists, as Beyoncé, Kanye West and Rihanna did with their most recent albums (Lemonade, which aired on HBO as well, The Life of Pablo and Anti, respectively) on the platform of which they are all co-owners: Tidal.”

Audiences have become accustomed to purchasing streaming subscriptions to company’s like Netflix, Hulu and Amazon Prime to access original TV series. Will this become the new norm in the music world as well?