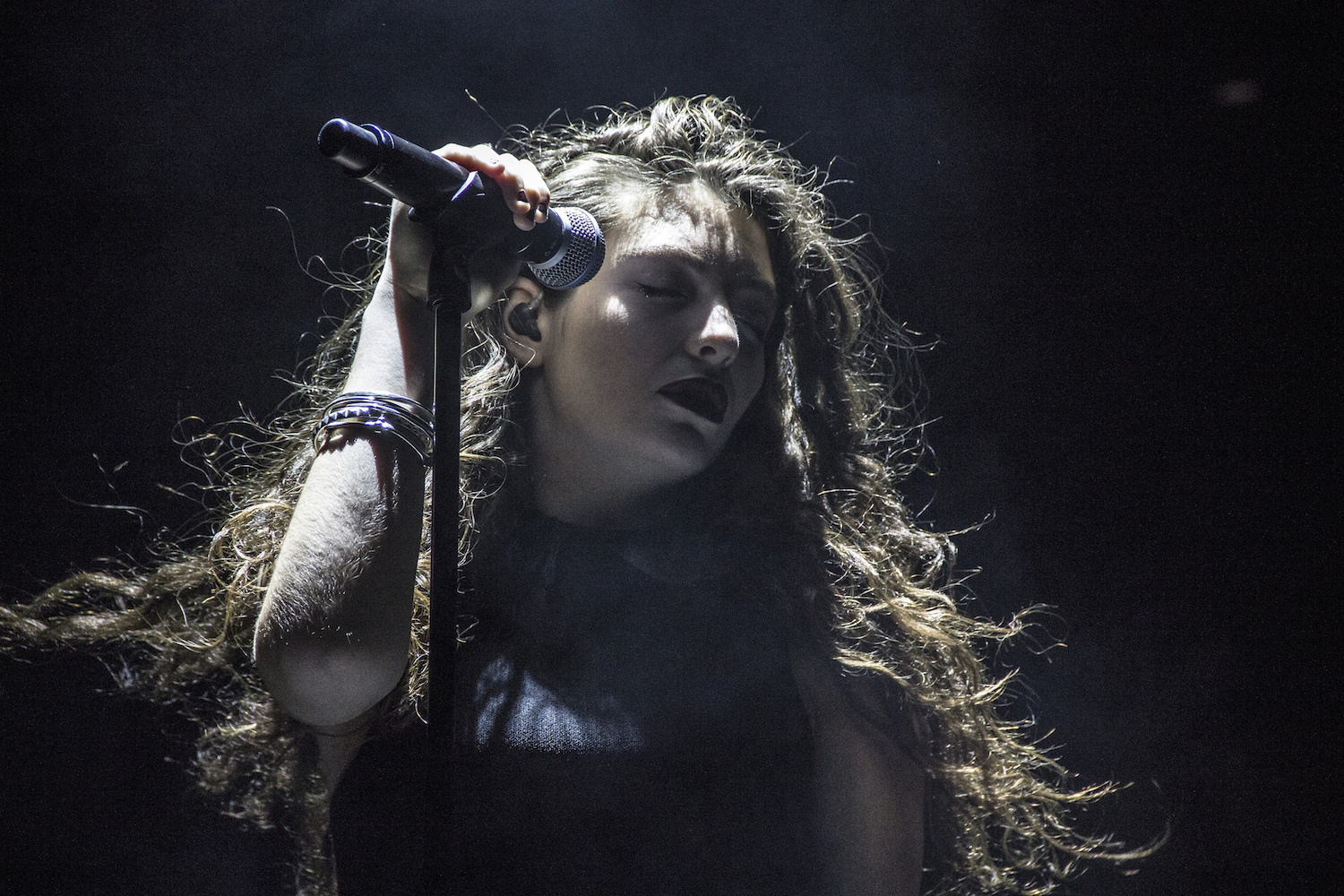 A rather demanding Instagram comment prompted Lorde to give an update on her second album on Wednesday.

Gabatron9 wrote, “Do you think we will ever get another album or should we just give up on you as an artist?”

To which Lorde replied, “Give up on me if you want to! I write a record when I have enough special stories to tell, and it’s all me, every melody every lyric, not some team who just start the machine up every eighteen months like clockwork. The record is written, we’re in the production stage now. I’ve worked like a dog for a year making this thing great for you guys.”

Billboard reports: “[T]here’s no tentative release date yet for the multiple Grammy and Billboard Music Award-winning artist’s follow-up to Pure Heroine. Her 2013 debut spawned the Top 10 hit ‘Team’ and ‘Royals,’ an international smash which topped the Billboard Hot 100 for nine weeks.

“Lorde’s next album has actually been percolating for more than a year. She told Billboard.com back in December 2013 she’d been writing new material. And her producer and collaborator Joel Little revealed in February 2015 plans to hit the studio to ‘start writing some songs.’ Not long after, she parted ways with her manager Scott Maclachlan.”

“Recently, she’s been seen on Snapchat in the studio with Jack Antonoff, but some fans are getting a little impatient.”

But Lorde isn’t the only one dealing with desperate, even antagonistic fans on social media.

“There’s been a whole trend of pop ‘fans’ ambushing artists on social media recently,” Stereogum continued. “Justin Bieber was forced off of Instagram, Normani from Fifth Harmony was driven off Twitter…leave Lorde alone!”

Can we give artists a little room to create without demanding a constant stream of genius like it was a Netflix binge?