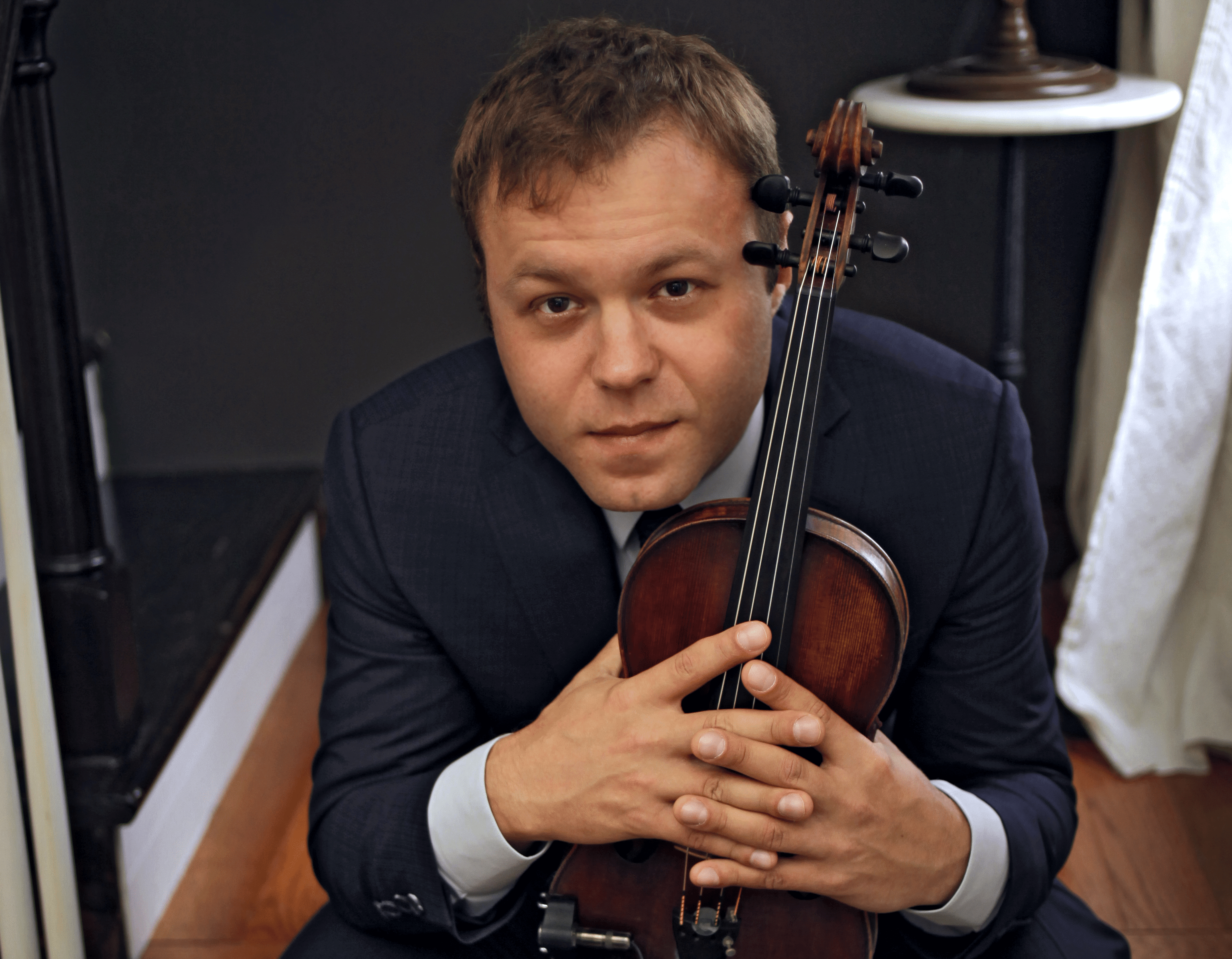 In the world of entertainment, Barbra Streisand is synonymous with legend– the world declared as much in 1992 when she earned the Grammy Legend Award.

On November 2, the former Best Pop Vocal Performance, Female Grammy Award Winner (1977) is releasing her first original album in over a decade.

We all know we’ll be listening to Barbra’s new album (do I sense a review coming on?!), but leading up to the release, I want you to know a little more about an up-and-coming legend-in-his-own-right – Zach Casebolt – the studio musician Barbra Streisand chose to play violin in a song on her new album, Walls. 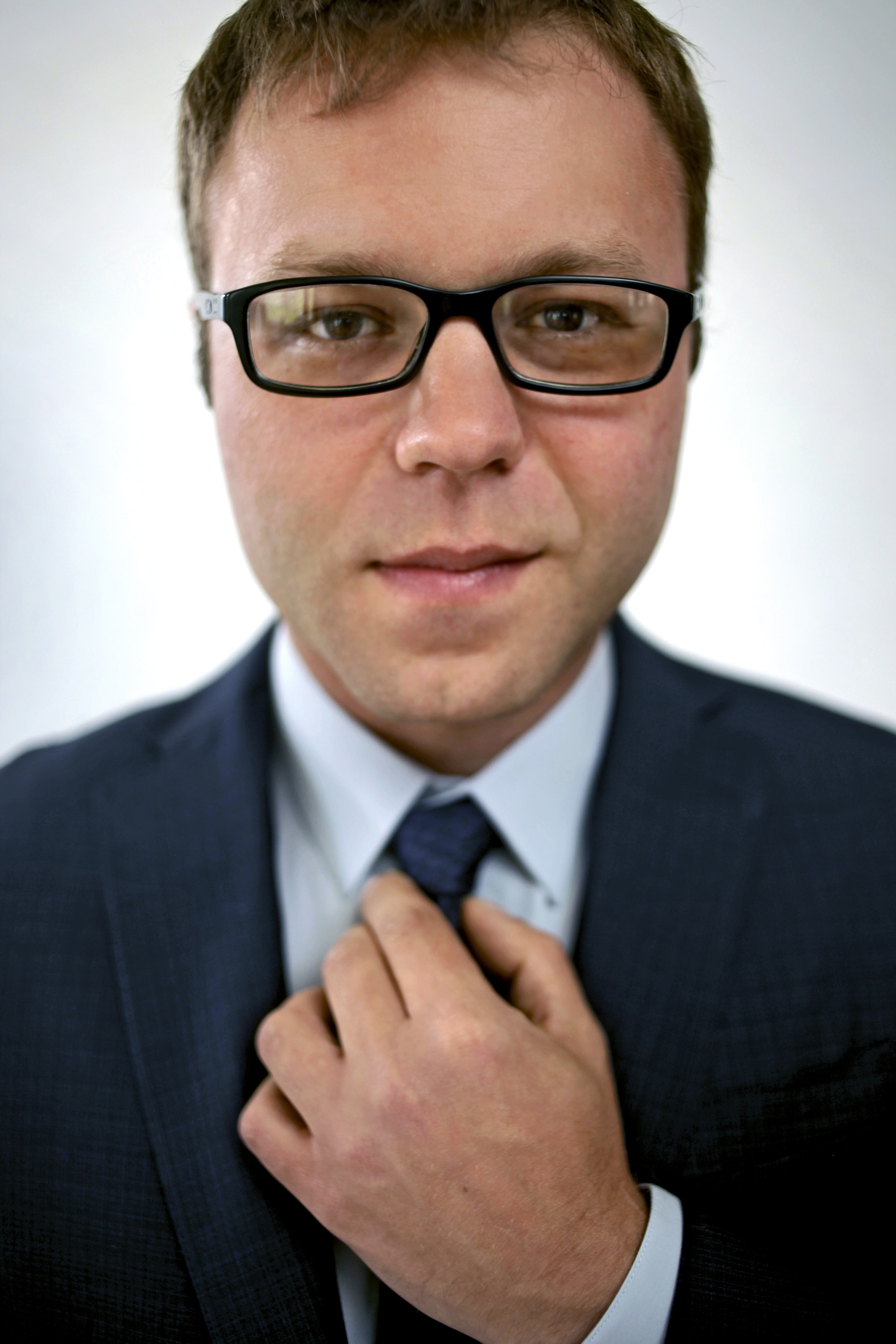 And Barbra isn’t the only superstar/rising star musician with a hot new album featuring Zach on violin … (Read on!)

Zach and I chatted on the phone for over an hour. By the time we hung up, I realized he was one of the most inspirational, talented, and diverse humans I knew. The guy is a straight legend in the making, with crazy, epic and wildly unexpected stories threaded through a life made from the fabric of extraordinary talent.

I could write a novella on this modern-day violin prodigy (and visionary tech entrepreneur on the side), but for now, I’ll just fill you in on three much-anticipated and celebrated new albums featuring the one and only Zach Casebolt, and his violin.

… All the stories about his being the last-ever Cherokee Cowboy (Hank Williams was the first) while playing in Ray Price’s band for six and a half years …. or about his landing a spot in Future Man and the Black Mozart Ensemble by eavesdropping on Future Man in a Nashville coffee shop, inviting Future Man to the tent in Nashville City Park where Zach currently was living, and then playing his violin for an increasingly impressed Future Man … or about the time Zach and Future Man were taken hostage in India by a living Hindu god … or about when Zach had a revelation while in the shower: a sudden insight that’s now shaking up the recording and tech industries by introducing artist-friendly blockchain technology that would guarantee every artist receive due royalties each time a song featuring them was played. 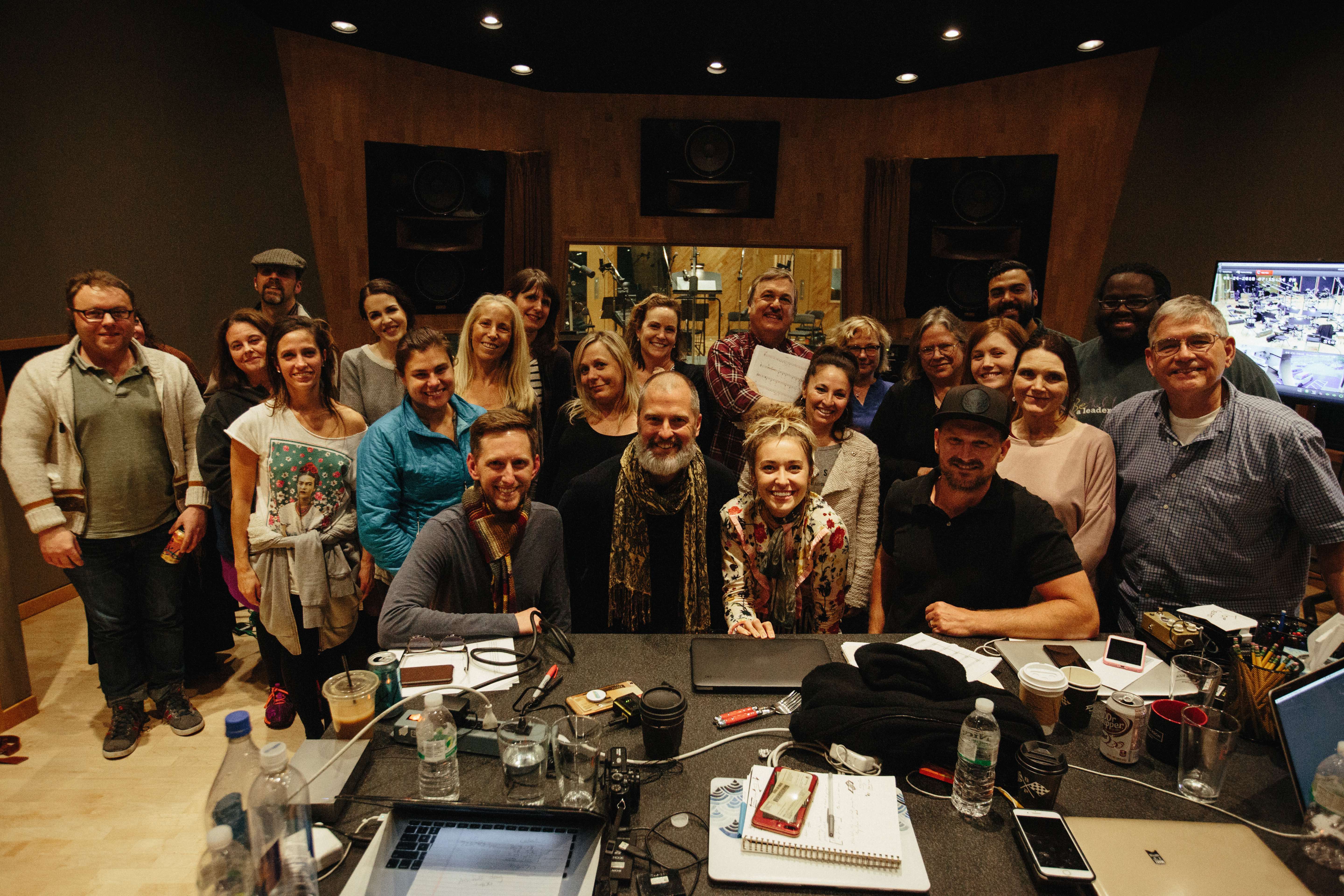 … No, those are all other (amazing) stories, for another time. To capture the the full sense of Zach Casebolt, a feature-length documentary is warranted… For now, we’ll just stick to the very hyped up, on-track-to-become-legendary-in-their-own-rights, Billboard-topping records violinist Zach Casebolt currently is featured on. Consider this to be a dazzling introduction…

Headlines are abuzz with the political nature of Barbra’s record after the September 27 release of the Walls track, “Don’t Lie to Me.”

The song on which Zach plays violin – “Lady Liberty” (it hasn’t yet released) is inspired by possibly the most inspiring movie clip I’ve ever seen (below).

Barbra said in a recent interview: “Desmond Child … wrote a wonderful song for this album called ‘Lady Liberty.’ And he told me he had the image in his mind of the last scene in Funny Girl where I’m on the tugboat passing by the Statue of Liberty.”

If the new “Lady Liberty” is inspired by the below scene, I am so keen. All that is the Queenliness of Barbra Streisand is encapsulated in this clip — If you aren’t sure about the epic capability of Barbra Streisand, if you need to be reminded, go ahead and give this a quick watch:

“Lady Liberty” is no exception to Walls’ political flavor.

“The lyrics of the song are verbatim the words from one of America’s most precious documents. It’s crazy powerful,” Zach said.

2. Zach plays on Look Up Child – the new album that everyone’s talking about – from rising star Lauren Daigle, who’s putting Christian music at the top of the Billboard Pop Charts.

Speaking of legends in the making, if you haven’t heard Lauren Daigle sing, go ahead and give her a listen. Here’s a song from her new album (the one that features Zach!), Look Up Child . “You Say” released in July and has nearly 27 million views on Youtube:

Of his being featured on Lauren’s latest album, Zach said: “I’m all over that [album]. It’s getting some pretty great exposure.”

Zach’s right: Lauren Daigle and her new album are getting big exposure.

Look Up Child is the 27-year-old’s second record. Lauren Daigle’s new Christian album hit No. 3 on the Billboard 200 Chart in mid September, a bit distinctive compared to its company: It was sandwiched between Eminem’s new release, “Kamikaze,” and rapper Russ’ “Zoo.”

Lauren, a former American Idol contestant and Louisiana native, is a contemporary Christian singer who’s rivaling mainstream pop artists on the charts. She’s also setting records on the Christian Charts: She just became the first-ever artist to simultaneously top all five of Billboard’s main Christian charts. Look Up Child also achieved the biggest sales week for a female artist Christian album in more than 20 years, and grossed the biggest week for any Christian album in nearly a decade. BOOM.

… Is Lauren the Next Barbra?

“We get into session, and she’s a young woman, in her late twenties, just a once-in-a-generation kind of voice,” Zach said of Lauren Daigle. “Kind of like Barbra Streisand, too. It was funny because those two records were done in the same week … There was something in the water in Nashville.”

Both Barbra and Lauren’s albums – the quality, heart, and message of the music and musicians – infused Zach with new hope for our world and our shared future. If the albums are anywhere as transcendental as the experience of recording them, we listeners have something divine to look forward to.

“I forget the particular week [when we recorded], but it was one of those that happens more often than I would like – one of those weeks that was particularly awful in the world, and in our country,” Zach recalled. “Hate and vitriol everywhere. But getting together for [Lauren’s] album, it was old school – a bunch of musicians and artists and singers, all in that one room together, making music, and it was something greater than its parts. I don’t know the right word to describe it, but it wasn’t just good music. It was something more, and we all knew it.”

Of Lauren Daigle and Ashley Monroe’s albums, Zach said: “They’re too of my favorite things that I’ve been a part of.”

Here’s Sparrow’s “Hands on You,” nearing 1 million views on Youtube:

Ashley, a rising star on the country music scene, has charted several songs on the Billboard Country Charts. She’s one of Zach’s favorite artists to accompany; he was actually playing with her in L.A. on the night of our interview.

“I started my day in Nashville, but I’m out here [in LA] tonight, playing with a friend of mine named Ashley Monroe,” Zach said. “She’s got a new album out with Warner Brothers [Sparrow] that they’re trying to sell copies of, so here I am. She’s one of my favorite artists, and I’m playing some violin with her.”

Zach Casebolt is much more than a violinist (though, considering the artists who have chosen him to accompany their music, it’s probably safe to say he’s one of the world’s best contemporary violinists) … He’s an all around artist and whole-hearted human.

“Art or music or whatever medium you want to say, I feel many times in the past – and hopefully we’re not entering into a time like some of the past ones we’ve had – but regardless, during times of great upheaval and turmoil, it’s the artists that guide us through it.”

Zach, and the uplifting, timeless, legendary music he is helping to create, is indeed helping guide us to brighter, more love-filled times.

Keep on shining, Zach … We can’t wait to see and hear what you do next. 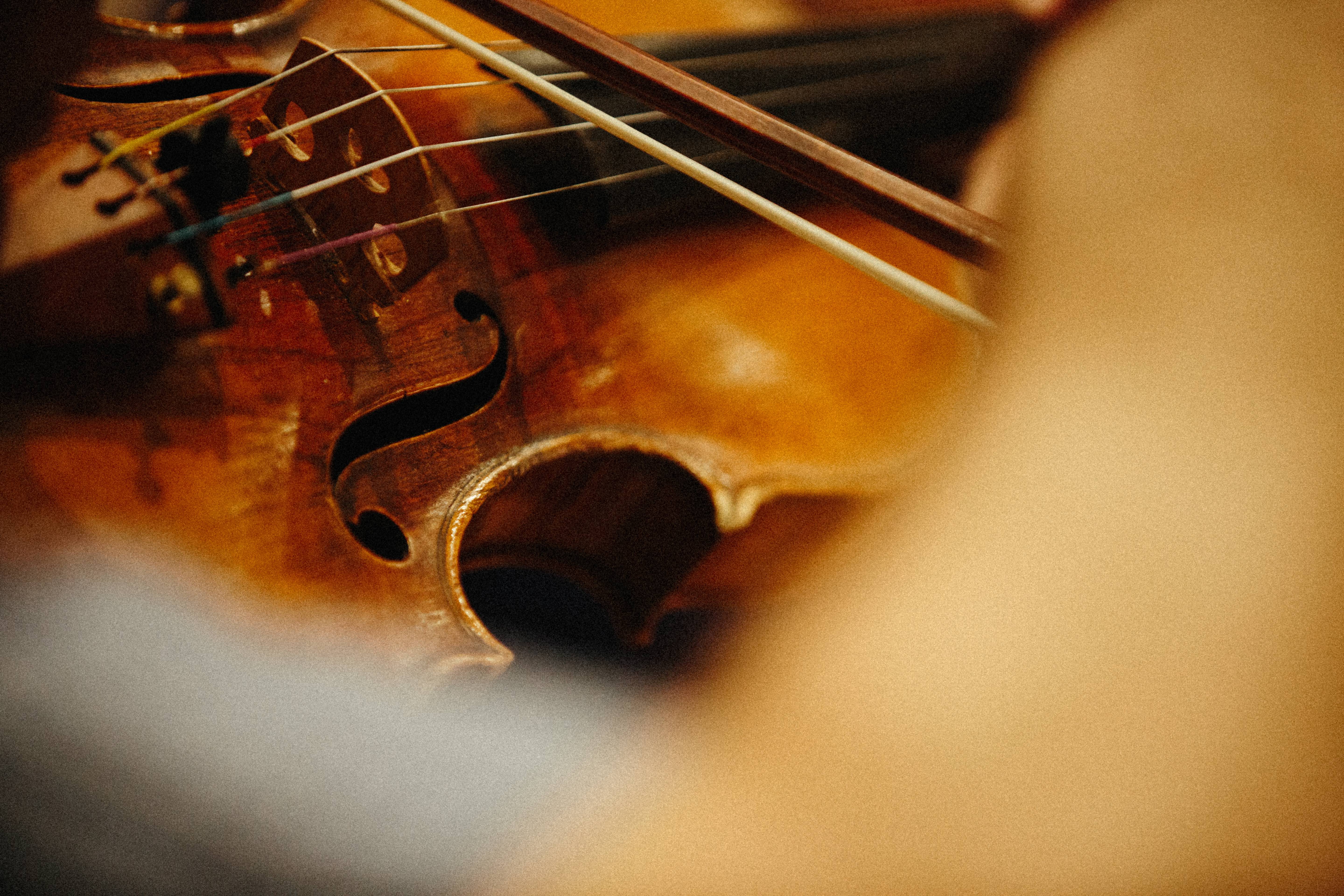