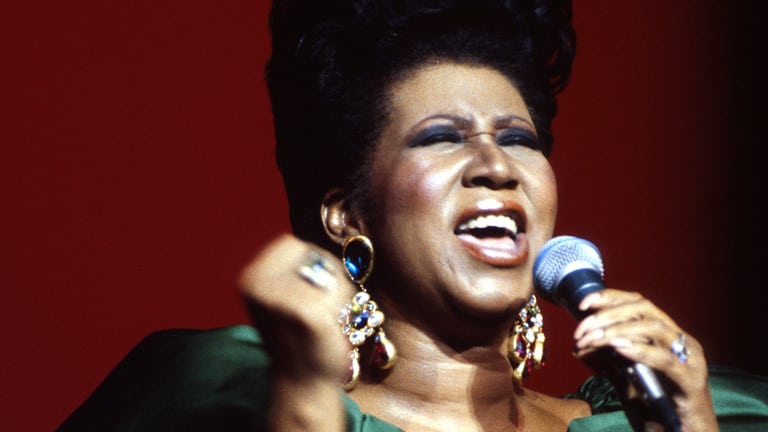 It would be impossible to overstate the influence of Aretha Franklin on modern culture.

Aretha is part of the very fabric of American and global culture – intrinsic to the threads that weave art and society today. The Hall of Fame singer represented a prominent figure in the Civil Rights Movement as well as the Feminist movement, forever a shining beacon advocating – with one of the most beautiful voices ever to sing on this earth – for all those in need of a Voice to speak up for them.

The world feels the loss of one of its greatest artists and leaders as Aretha Franklin passed away on Thursday, August 16, following a battle with Pancreatic cancer. A testament to her musical power and her dedication to causes that matter, here’s Aretha’s final public performance – in New York on November 7, 2017, performing at a gala celebrating the 25th anniversary of Elton John’s AIDS foundation:

The winner of 18 Grammy awards – including the honor for best female R&B performance eight years in a row, the first woman inducted into the Rock and Roll Hall of Fame, and the recipient of the Medal of Freedom, among countless other accolades, was a beacon for many movements toward empowerment and equality.

“She was a soundtrack for a generation during a tumultuous time in history,” my good friend and mentor Dr. Andrea Chisolm said as I asked her about Aretha’s impact over dinner last night. “I think of her in the way of all the greats who came before her – Ella Fitzgerald, Billy Holiday, Sarah Vaughn.”

Aretha, who played piano and sang as part of her preacher father’s congregation, wasted no time in starting down the road toward becoming a musical legend. She recorded her first gospel album when she was just 14.  In 1960, at age 18, she signed with Columbia records. But it was with Atlantic records in 1967 that she had her first major hit, – that would indeed secure her legendary status – a song Rolling Stone cited as No. 2 on its compilation of “50 greatest Aretha Franklin Songs” (highly recommend): “I Never Loved A Man (The Way I Love You)” – written by Ronnie Shannon:

Not long after this song came a chain of earth shattering hits including, “Think” – written by Aretha and her husband Ted White – (which released in 1968, but regained prominence in The Blues Brothers movie in 1980):

“(You Make Me Feel Like) A Natural Woman” – written by Carole King, Gerry Goffin and Jerry Wexler:

My friend and renowned contemporary guitarist Andrew Hardin (who’s performed, toured, and recorded with the likes of John Lee Hooker, Tom Russell, and Ray Wylie Hubbard) said of this time in Aretha’s career: “Aretha somehow managed to make the sacred secular, and revealed the transcendent in relationships through songs like ‘You Make Me Feel Like A Natural Woman,’ ‘I Say A Little Prayer,’ ‘Do Right Woman,’ and ‘Chain Of Fools.’

But of course the song we for which we all know Aretha best – and which is of course No. 1 on the Rolling Stone’s compilations of her 50 best songs – released in the spring of 1967: Her cover of Otis Redding’s “Respect.”

“Respect” is a song so intrinsic to growing up, it’s like childhood could not have happened without that song. Watching videos of her singing it live yesterday, it was as if it was the first time I truly heard the song and its message. The power, dignity, strength, meaning, pride and grace with which Aretha sings struck me like lightning.

Aretha Franklin did to me what she’s done to the world throughout her reign as the Queen of Soul: empower and inspire humans of every color, gender, age, and nationality to speak their truth loud and proud, straight from the soul. We can do it; because Aretha can and does. We can earn R-E-S-P-E-C-T.

I asked my longtime friend, as well as one of the most talented singers I know, Marissa Grinestaff, what words she might offer on Aretha.

“As a woman, she inspired me to feel empowered in my voice and to not be afraid to feel,” Marissa messaged me.

I shivered reading Marissa’s words, as they echoed just the sentiment Aretha inspired in me.

A CBS segment on “How Aretha Franklin’s ‘Respect’ became one of the greatest songs of all time” opens with: “The word most closely associated with Aretha Franklin is ‘respect.’ She commanded respect as an artist.”

Listening closely to “Respect” yesterday, Aretha Franklin reminded me I too deserve to speak my truth and worth – fearlessly, clearly, loudly! – and from that announcement claim the RESPECT for which I have asked.

Everybody always will want (and deserve) respect, and Aretha, through her music and the way she lived her life, gave us permission to ask for when it’s due – to respect ourselves, and each other.

Although Aretha Franklin has passed, her legacy lives on forever, the soundtrack of our lifetime.

“She takes me back to when my parents were still in love and dancing in the kitchen,” Marissa said.

There can be little doubt which singer most defined the past century with her voice and spirit.

“Aretha Franklin was not only the greatest singer of our generation, but also a consummate artist whose work transcended borders,” said Andrew.

When I first started writing this article, I was afraid I couldn’t possibly be the right person to write about Aretha Franklin – to do justice to her immeasurable legacy. But then I realized, the greatest tribute I can pay to Aretha is in owning her influence on me – because it shows how there is, in one way or another, no one on earth who Aretha Franklin has not touched with her music and character, and will continue to for ages to come.

As my dear friend Sarah said of Aretha : “She was universal.”