Hip-Hop is Spontaneous Order at Its Finest

Home Feature Hip-Hop is Spontaneous Order at Its Finest 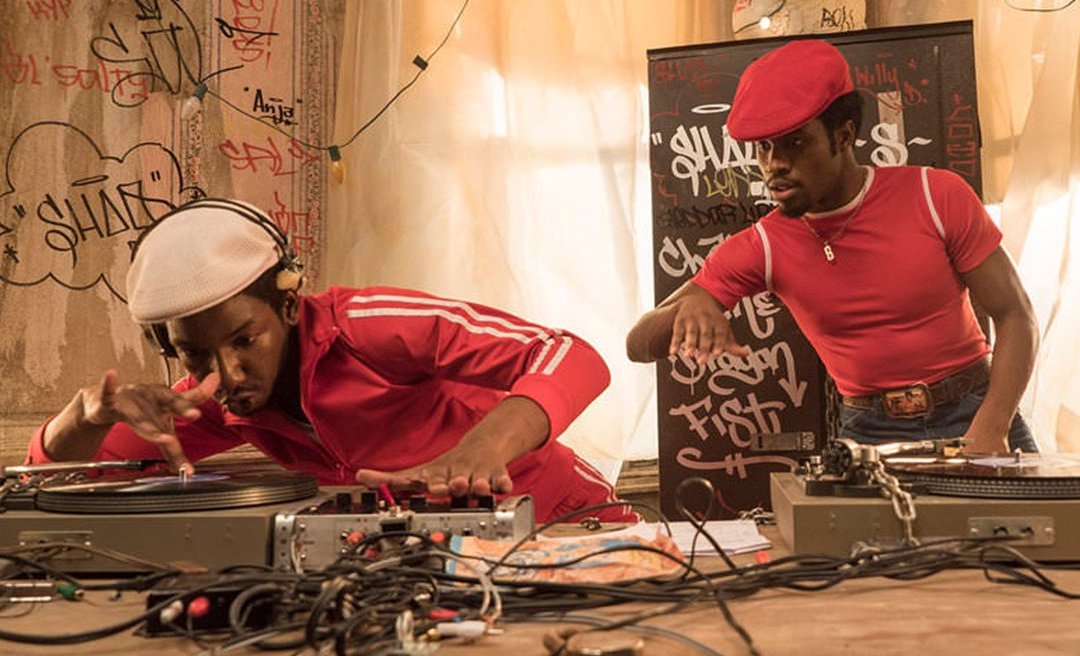 Hip-Hop is Spontaneous Order at Its Finest

Netflix recently released an original documentary series called Hip-Hop Evolution. Already intrigued by this topic, I devoured the entire series in one evening.

Hip-hop and the spontaneous order of free markets are inseparable: a fact that was reinforced after watching the series. It was born out of the unregulated exchange of ideas. And it has become what is arguably the most organically libertarian musical genre existing today.

Hip-hop was built upon taking someone else’s art, putting your own spin on it, and creating something new. In other words, it is the antithesis of intellectual property.

The most obvious example of this free exchange of intellectual property is Grandmaster Flash. From a young age, Flash was obsessed with anything that spun: washing machines, bicycle wheels, and most of all, record players.

By taking something someone else created and literally putting a “spin” on it, he created an entirely new genre of music.

Dubbed the “Turntable God” by Bronx locals, he became a legend. Eventually, other aspiring DJs began putting their own twists on his style, something he boasts about with pride:

I’m so proud that my science has been taken to so many levels, and I see so many DJs do super-incredible things, but the real fact of the matter is… it would be totally impossible to do any of those things without what I invented.

And he’s right. All these original “new and improved” upgrades to “scratching” and “spinning” came from his method. And because of it, more music was put forth into the world.

Likewise, as hip-hop evolved, the lyrics themselves became a protest to the idea of protected intellectual property. Since hip-hop originated on the community-level, there was a demand from audiences to tell stories they could relate to. For hip-hop communities, this was expressed best through highlighting the struggles of day-to-day life.

These were rough neighborhoods in tough times and everyone was going through something. In Los Angeles, where the infamous “gangsta rap” originated, each gang had its own story to tell. Rappers were relatively neutral, but once they began to affiliate more closely with one specific gang, they more or less became a mouthpiece for that “turf.”

In many ways, rappers were oral historians, or minstrels recording history through spoken word.

As Ice Tea says in the documentary, “I can’t just live the game, I got to document the game.” And this is what he and others did; they told the story of what they saw and what they lived. And this story often involved a lesson that can be summed up as “don’t f$#% with us.” It was both a story, and a threat.

One of Ice Tea’s more popular songs, “6 ‘n The Morning” demonstrates this. It begins:

6 in the morning, police at my door

Out my back window I make an escape

Don’t even get a chance to grab my old school tape.

Fell asleep on the plane and so did he, woke up chilling in N.Y.C

Called up my posse when I got there, hit the Latin Quarter and Union Square

Rooftop devil’s nest the rest we passed, back doored the Palladium just for class

About 4 a.m. we crashed the deuce, we never catch static cause my boys got juice

Deuced it to the Bronx to rest our heads

Where a shoot-out jumped off mine people lay dead

It sounded like it happened with a Mac-10 blast

But it was 6 in the morning, we didn’t wake up to ask.

Moral of the story: our gang is more badass than your gang.

And while this song was one of the first of its kind, it wasn’t the last. The entire genre is based on storytelling and many of the storylines are similar but each has its own unique twist. Straight outta Compton’s NWA had their own version of “6 in The Morning” with “Boyz-N-the-Hood” which begins in a similar manner with:

Cruisin down the street in my six-fo’

Jockin the bitches, slappin the hoes

Went to the park to get the scoop

Knuckleheads out there cold shootin some hoops

A car pulls up, who can it be?

He rolls down his window and he started to say

It’s all about makin that gta.

You come talkin’ that trash we’ll pull your card

Knowin nothin’ in life but to be legit

See any similarities? They are both stories laid out in almost the same way ending with the same message. And these are just two examples.

Hip-hop arose from the underground of some of New York City’s roughest neighborhoods. These were the streets un-patrolled by police and essentially left to their own devices. However, in the absence of government there was a unique opportunity to form tight-knit communities that looked out for each other. “Turfs,” so to speak, were created and while there were surely instances of violence, the real turf wars were fought on stage. By providing alternative means to solving disputes, violence was mitigated and these communities were able to have open discourse among themselves.

It is not by mere coincidence that the “gangsta rap” sub-genre came around when it did. Like many things in popular culture, hip-hop was a response to what was happening in the world, and more specifically, in the country.

Many of these communities were those most impacted by the drug war. As such there was an inherent distrust for government. No one in these neighborhoods was ignorant to what had been going on; they knew the role government had played and they knew they could not rely on them for assistance.

Each neighborhood had its own hip-hop group with its own unique sound and a place at the community table. When there were larger issues at play that impacted a larger sphere of communities, the hip-hop groups were often the ones who would come together and attempt to solve the problem.

Truthfully, hip-hop is spontaneous order at its finest. Consensus was important and each of these neighborhoods, viewed as underdogs in the outside world, were given the chance to voice their opinions, as the documentary series shows.

As the years progressed and the escalating drug war decimated these communities, the distrust for the state grew and was expressed more and more throughout the music. NWA, Public Enemy, and others used their platforms to express dissent and expose the state for its maltreatment of vulnerable communities.

NWA so enraged the state with its song “f*&K the Police” that the FBI even began investigating the group. Law enforcement eventually threatened the group with arrest if they continued to perform the song live, which they did and the police lived up to their word.

Above all, hip-hop is a genre centered on the ability to write one’s way out of poverty and take control of individual destinies. It is a means to an end. As this is a topic I have touched on before, I will be brief on this topic but it is one that should always be highlighted. Hip-hop is the most capitalistic music genre ever created.

In addition to being a vessel for raising one’s standards, success within the genre relies on practicing smart entrepreneurial skills. Hip-hop artists are not just selling their music, they are selling a brand.

Whether it was selling a “cool” look with matching track suits back in the earlier days, or selling actual clothes as is typical of modern hip-hop artists, they each have appeal beyond just the music. There is a survival aspect about, a need to survive by thriving in wide array of facets.

As the documentary highlights, the popular group Run DMC was able to use their style to partner with the shoe brand Adidas. Shoes, or “kicks” as they were called in these circles, were vital to mastering your hip-hop style and Adidas was at the top of the hierarchy of cool shoes. Eventually recording a song called “My Adidas,” the group was able to gain an endorsement while also selling records. A genius entrepreneurial move.

Likewise, West Coast rapper Dr. Dre has created an entire empire of high-end headphones with his “Beats by Dre” line, which has allowed him to expand beyond just his music. Both Kanye West and P Diddy have also expanded their brand by creating their own unique clothing lines.

Libertarianism and Hip-Hop: Two Peas in a Pod

For anyone who is as entranced by the connections between free market libertarianism and hip-hop as I am, Hip-Hop Evolution is an enlightening experience. It took the observations I had always suspected and tied them together without having to bluntly spell it out. Of course, that may just be that I went into the series with the topic on my mind. Either way, hip-hop and libertarianism are a match made in free market heaven.