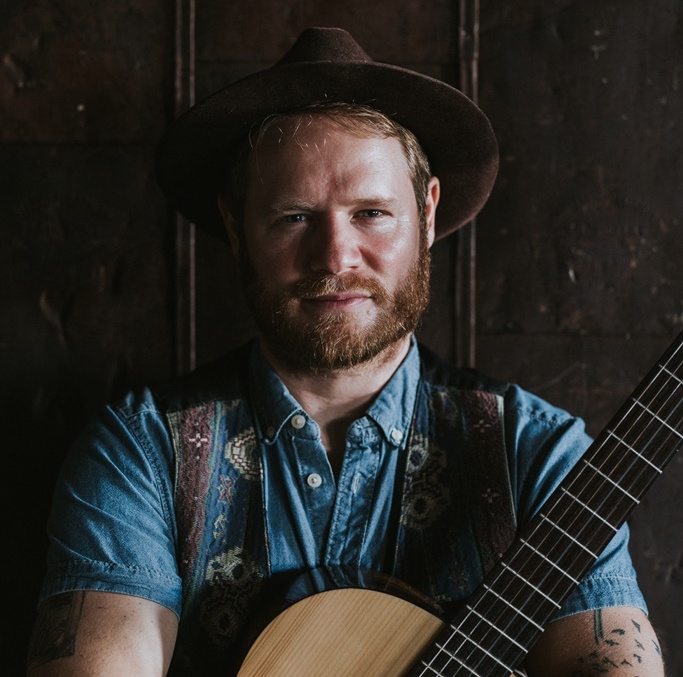 Whetherman, aka Nicholas Williams, 32, is an independent poet who sets his verse to music. I believe the word I’m looking for is troubadour. He is an incredibly talented singer/songwriter who has self-produced eight albums. His latest, the highly anticipated This Land, was released just last month. Songs from this album will highlight his SCENES Live Session scheduled this Friday, July 7, at 12 noon.

I recently listened to a number of songs from This Land and previous albums. This musician is … versatile!  It’s hard to pin a single genre on Williams. Instead, we find his music embodies the emerging style called Americana. Americana incorporates elements of various homegrown roots music styles, including country, folk, rock, bluegrass and blues. “Grassroots” is the word I’d use to describe Williams’ sound. I’d also call it beautiful, hard-working, soulful, and happy. It can also be very revealing about the trials of the common man. No surprise that he covers the classic American folk anthem, “This Land Is Your Land.”

Enjoying his music, I found myself wondering, why “Whetherman”? Surely it’s not a nod to the 1960s terrorist group. But then that group stole its name from a line in a Bob Dylan song… So I did a little digging.

That’s the theme of one of Williams’ best tracks, “The Hold Up.” It first appeared in 2016 on the album Whetherman: Live at Blue Jay Listening Room. He includes it on This Land as well. It’s about a man trying to “find his way” through unimaginable circumstances. No, he doesn’t necessarily find the best way. It’s chilling in its social commentary and Williams’s performance is haunting. Folk Radio UK wrote on June 9, 2017 about “The Hold Up,” calling it

“a song about a man who is at the end of his rope, and is scrambling to save his family from breaking apart because of unhappiness and financial instability. His solution is robbing the local corner store…”

To hear more from Whetherman, the soulful Nicholas Williams, join SCENES Live Sessions via our Facebook page this Friday at 12 PM EST.