The Passing of Chris Cornell: a Fellow Soldier’s Tribute 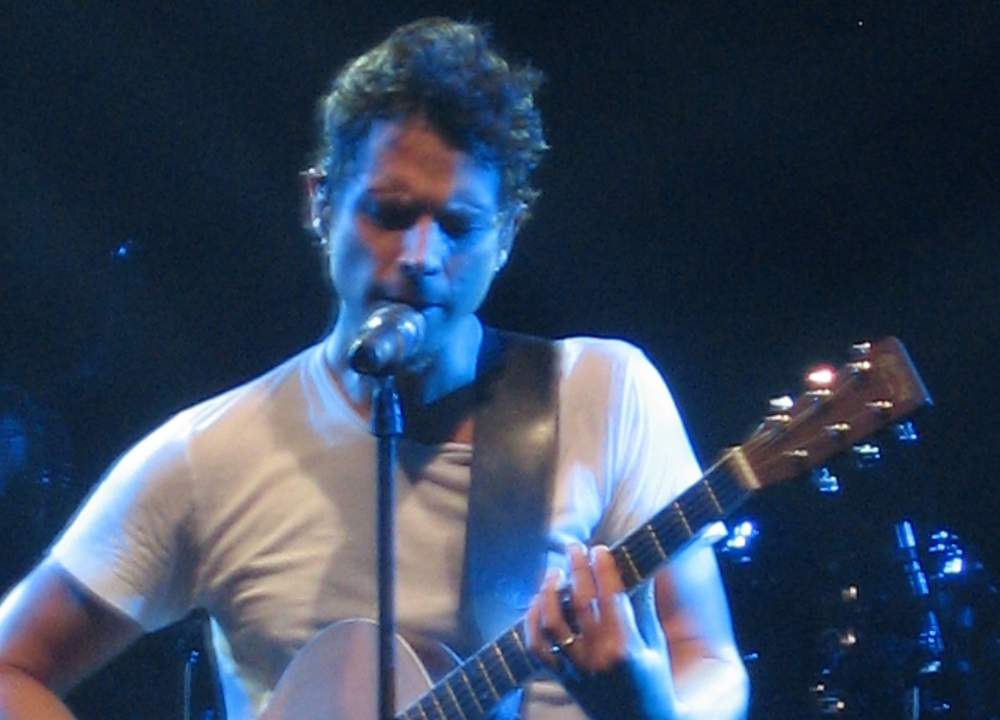 The Passing of Chris Cornell: a Fellow Soldier’s Tribute

I recently heard someone describe how it felt when he went to AA and received his 30-year chip. He talked about how his ongoing victory over his disease made him feel. But also the immense loneliness. He noted that most people in recovery never make it that far. The man spoke of his sadness for his fallen brothers and sisters — calling them “soldiers,” who’d been laid flat on the battlefield. He described the daily, hourly, minute by minute battle which addicts wage against addiction, and the depression that can accompany it.

This is how I felt when I heard that singer/songwriter Chris Cornell had committed suicide. As a survivor myself of a suicide attempt as a teen, I always listened to his music. I read a lot about the grunge rock icon and his struggle with addiction and depression. I felt a sort of kinship. He too was trying to stay in the game in spite of his yearnings. I took comfort in seeing his life and career progress with music that broke boundaries. With songs like Hunger Strike, Black Hole Sun and Be Yourself, Cornell seemed to have a direct vein into the arteries of pain that resonated with 90s youth.

Been There, Tried to Do That

Even though I was immensely disheartened to hear about his death, I did not join the many who expressed how surprised they were. I wanted to. I wanted to share the shock of his wife over his having left his children fatherless. But I couldn’t. I know all too well that when you’re in the throes of a deep depression, you think people will be better off without you. The weight of your thoughts and emotions are so heavy, you just want to have it lifted off.

Some commented that he did not seem depressed. That he had so much to live for. From what I know of depression and clinical anxiety, none of that matters. Those who commit suicide are often not the ones we’d expect.

I certainly fit this category in many ways. At the time of my attempt at the age of 15, my family was the wealthiest among my peers. I had popularity, a boyfriend and a clear road to a good college. In the eyes of those around me, I had everything. No one saw the pressure I experienced from my family, or the intense emotional abuse I endured at home. No one was aware of the genetic pull I felt: My father had been suicidal during his teens and college years. My pain and depression was mostly private. I led a double life. The day that I tried to die, I had made up my mind that I did not want either of those lives. I was so very, very tired of both.

Sharing the Struggle, and Hope

I’m one of the lucky ones. Unlike Cornell, whose friend came a few minutes too late to pre-empt his death, I had an intervention and survived. There are many like me. A few years back, I was privileged to be a part of a project that highlights these stories — Live Through This — when it came through Raleigh, N.C. Started in 2013 by Dese’Rae L.Stage, a suicide attempt survivor herself, the project is still going strong. Stage travels across America to collect stories and photographs from other survivors in the hope of bringing the discussion of depression and suicide into the light. She tries to debunk the stigmas.

She has gone on to speak to thousands and receive numerous awards. This year she received the Transforming Lived Experience Award from the American Association of Suicidology. Stage helps those of us who are plagued with depression to come out from the corners, into the light. To share so that we can help each other. There are so many beautiful stories on her site. They can both bolster you to continue on if you struggle with suicidal thoughts, and inspire you that you are not alone. For those who don’t have those thoughts, they can help you gain insight. Almost certainly, someone else in your life faces this struggle. 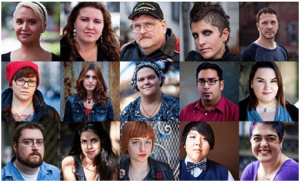 These are all participants in LiveThroughThis. Stage herself is pictured in the red hat.

Don’t Leave a Comrade Behind

On a science podcast, I heard researchers discussing one unfortunate human instinct: When we get near someone sick or injured, our flight response kicks in. We have this ingrained to preserve ourselves and our species. It’s struck me that we have this on the emotional level as well. Often when someone starts talking about mental illness such as depression, we want to get away as fast as we can. Rather than listen to or comfort them. I can’t help but wonder: If Cornell had felt he could talk more to those around him about his feelings, would he still be with us? Live Through This helps us all to confront harsh emotional realities in an artful and more comfortable way. It is only by continuing the conversations, digging deeper, that we can add more to the list of those who survive. Or even better, stop people from even attempting suicide.

This year marked 24 years that I’ve managed to continue to beat back my longtime foe of depression. I take a level of pride in this, and have primarily my faith and good friends to thank for it. But I feel the pangs of loneliness, of sorrow for those like Cornell who I can no longer count among the warriors still battling. I look to the horizon with a certain amount of fear. A fear of who will be next to bow out. At times, if I’m honest, a fear that what finally overtook them could overtake me in the future.

I will always hold Chris Cornell in the highest respect for his artistry. How he died doesn’t make me think any less of him. No veteran would never belittle the soldier behind him bleeding out on the ground, who will not make it home. No, I understand the situation. Having met it full on, I know depression is an enemy that claims many casualties. I do take time to acknowledge, however, Cornell’s personal fight and honor the years he fought alongside me without even knowing it. I hope I can learn from him and press on, to become someone that others look to. Someone others see as continuing to give it my dead level best even when I don’t feel up to it. I want others to see me marching, pushing, pressing, crawling if needs be, but always upward. To see me still reaching, even under heavy fire, but continuing ever forward … ever forward.